Of course, many strategists expect the election to hinge on one of a few states, Pennsylvania being one of them. 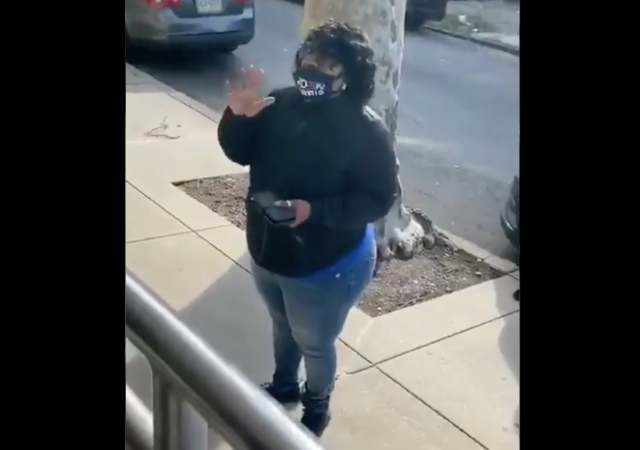 The internet is alleging all kinds of irregularities at polling locations and we’ve included some beneath:

REPORT: Voting machines down in Westmoreland and Philadelphia Counties. Opposite sides of the state, both pro-Trump strongholds. #PAForTrump

A poll watcher in Philly was just wrongfully prevented from entering the polling place#StopTheSteal pic.twitter.com/iJTFtRk0Id

It makes clear that it allows the holder to watch at any polling place in the city pic.twitter.com/0lRgIFekKg

Oh look! A Democratic committeewoman in north Philly wearing a Biden mask not letting certified Republican poll watchers into a polling place… She ends with "that rule ain't worth being followed" when someone says they should be allowed inside. pic.twitter.com/7646fTi2in

Of course, many strategists expect the election to hinge on one of a few states, Pennsylvania being one of them.

Penna & Philthydelphia..corrupt? Who knew?
Its only 4 demon-rat black robes on the bench, an election secretary corrupt to the core, a faith hating AG promising the victory to Mr Sniffly & a tyrant gov with his tranny health secty who thinks that he is a woman..

Absolutely nothing! That is, if you’re a member of the Biden or Clinton crime families.

What do you expect from the city that let the Black Panthers run amok on Election Day in 2008?

Vote early and often. And thanks to Roberts, now late!

Again, all the Republicans can muster the courage to do is, whimper

Philthydelphia, where some precincts voted 113% for Obama.

Straight up voting I am positive Trump would win, but between Democrats and their Judicial tyranny they have the upper hand with fraud.

Look, vote fraud, suppression and other fraud can only exist in the dark. these people are so desperate that they are committing criminal acts in the open. And, in a society where nearly every citizens is equipped with a video recording device. Not only does this establish reasonable grounds that such actions are widespread, making legal challenges easier, but it fires up the law abiding citizenry.

Here’s the problem, though. Yes, the voter fraud, suppression and intimidation are occurring in the open. Who is going to investigate or prosecute? The locals won’t and neither will the equally corrupt state attorney general. If the U.S. Attorney decides to bring charges, and that’s a big ‘if,’ you’re probably looking at a plea deal to a reduced charge of misdemeanor disorderly conduct two years from now with no jail time.

Don’t forget that it was Philadelphia where the New Black Panther Party was caught on video intimidating voters at a polling place in 2008. The U.S. Attorney prosecuted and got guilty pleas, but Attorney General Eric Holder dropped the charges before sentencing. (Sounds familiar, doesn’t it, LTG Flynn?)

Read the Declaration Of Independence. Conservatives and Republicans tend to depend upon governmental authority to guarantee justice and legality. But, as I have pointed out before, the reason that Trump was elected in 2016 is because a significant portion of the electorate were demanding that the government(s) perform their assigned duties and guarantee justice and the rule of law. If government fails to do that, then these people may follow the blueprint set forth in the DoI and provide for those guarantees themselves. That is a real possibility and a huge danger.

How can Trump win PA? No matter how many legitimate vote he gets they can be erased by 3 days worth of manufactured ballots, as allowed by SCOTUS.