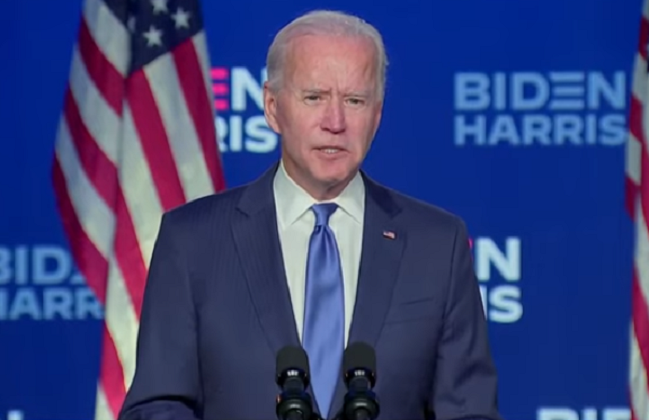 The media is not even going to wait for Biden to be sworn in as president. The left will push very hard for this.

For his tuition-free college plans and more money for poor school districts, Biden needs Congress on board

President-elect Joe Biden wants to eliminate tuition for all students at community college and for families earning under $125,000 at four-year public colleges and universities. He’s also proposed doubling funding on Pell Grants, tripling federal spending on low-income school districts and boosting the money the government spends on special education.

But all of those big plans depend on which party holds the reins of the Senate.

At the Education Department, Biden has vowed to use his regulatory powers to restore a wide range of Obama-era policies that Education Secretary Betsy DeVos has gutted. In many cases, that will require a Biden administration to rewrite rules or seek to postpone DeVos’ rules — a process that the Trump administration has fumbled more than once. Federal courts have blocked DeVos’ attempts repeatedly.

Biden has vowed to restore Obama-era regulations and policies aimed at cracking down on abuses by for-profit colleges. That includes the now-dead “gainful employment” regulation that cut off federal funding to low-performing college programs and the “borrower defense” rule, which governs debt relief for defrauded students.

Biden also pledged to put a “quick end” to DeVos’ new Title IX rules governing sexual misconduct at schools and colleges. And Biden has said he would restore Obama-era protections for transgender students that the Trump administration withdrew.

I am all for free college. Once you have served 6 years in the military.

I got my BS with help from the GI Bill. I also paid for my wife’s Masters and Specialist degrees. Then I paid for some of my daughter’s BS, she had a few scholarships. Then I paid for her MS while I was paying for my son’s BS.

Notice none were “Arts” degrees. If someone wants a college education it is available but it may take a little work.

Unless they are headed for STEM, it will be a great time for your kids and grandkids to get into the trades. There will be great money to be made repairing the cars, homes, and other things belonging to the studies and “arts” majors.

Free Garbage, which is what most college education is these days, is not worth anyone’s time.

If our k-12 system were functional, there would be no need for “free college.” The more money we put into higher education, the more the quality of that education declines, the more industry degree creep occurs, and the fewer on the job training opportunities are available. In short, it is largely a scam. If you want a college degree, it should earn your more opportunity than a debt it will take a decade or more to pay off.