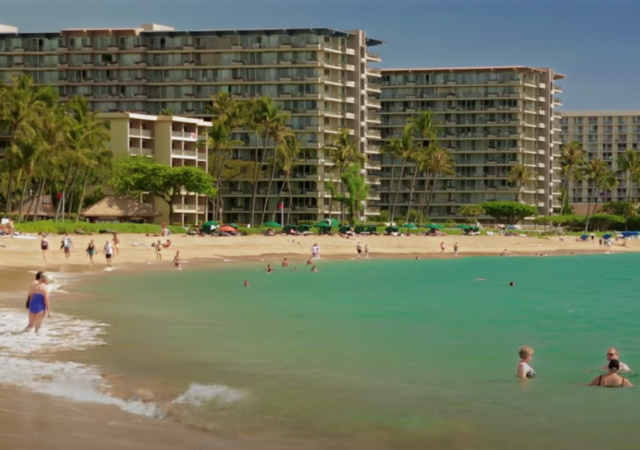 I repeat: Everyone is equal, but some are more equal than others.

The kicker? It has panels discussing “various issues including how to reopen safely amid COVID-19.”

Yeah, for some reason they have to travel to Hawaii for this conference.

The conference began on Monday. California Gov. Gavin Newsom told Californians not to travel out of state on Friday.

Of course, IVP has its justifications:

Dan Howle, chairman and executive director for the Independent Voter Project, said about 50 participants are in Hawaii this week, a third of its normal size, including fewer than 20 legislators from multiple states. Howle declined to say how many California lawmakers are in attendance, but said both Democrats and Republicans are participating in the four-day conference that started Monday.

Howle said the organization has been working for months with the hotel, which hosts the summit each year, to make sure the event was as safe as possible and in accordance with Hawaii’s stringent COVID-19 guidelines. Attendees are wearing masks, adhering to food and drink regulations and physically distancing from others.

But but but it’s only a third of the size this year and even Republicans are at the conference!

The last part made me so angry. *They* honestly think us normies cannot take the proper precautions with a big group?! Only these special and chosen ones can adhere to the rules?!

Howle said everyone is walking around with masks without complaining, but “[O]f course, they’re in Maui.”

WOW. Tone-deaf and no self-awareness.

It doesn’t help that the annual conference has drawn criticism for years “because it is partly financed and attended by special interests including businesses and labor groups, which lobby legislators.”

It’s not shocking that Howle won’t identify the legislators:

The identity of the attendees at the annual conference is always a touchy subject, with lawmakers often refusing to confirm their attendance until they must report the travel expenses months later.

Event organizers gave each lawmaker $3,500 for expenses in 2019. California “ethics laws allow legislators to have travel expenses provided by groups if they are speakers at events away from the state.”

I looked at IVP’s website. I could not find a link to the annual conference or an itinerary. Granted, that would identify the lawmakers since they can only get that money from event organizers if they’re a speaker.

notamemberofanyorganizedpolicital in reply to Rab. | November 17, 2020 at 1:29 pm

Do you think they’ll be watching their slaves on TV today?

I was watching Kellys show last night on News Max and he went to the Lap dog media to show how up set they are about Face Book and Twitter losing so many people all of a sudden and how news max has picked up over two million just since the election night,

If you can stand to watch this, it’s all very interesting to see the amazing depth of outright Stalinist fascism now exists in the Big Tech community. They are in an active conspiracy with the Demonics who are nothing but their puppets.

California Lawmakers Headed To Maui to Party With Lobbyists…. and Communists!

Remember, the “elites” are more equal than you and I.

And doesn’t Hawaii also still have the two week quarantine too?

Perks of being nobility, I guess.

Was just going to ask this!

notamemberofanyorganizedpolicital in reply to Voyager. | November 17, 2020 at 4:15 pm

Barrack says: “It’s good to be the Queen.”

Must see photo of Obama with the Big Dictator Xi Xi
in that article.

FOAF in reply to notamemberofanyorganizedpolicital. | November 17, 2020 at 5:58 pm

So they can feed them to Obama.

Yes, mandatory 2 weeks. My wife and I were thinking about going after Christmas. Not now.

What are the current travel restrictions in Hawaii?

Effective March 26, 2020, and until further notice, there is a quarantine restriction for all in-bound visitors to the Hawaiian Islands. Hawaii Governor David Ige mandates all visitors arriving in the Hawaiian Islands to self-quarantine for 14 days, meaning all passengers traveling to Hawaii (visitors and returning residents) must self-quarantine for 14 days following their arrival. However, there is now a pre-travel testing option that will allow travelers an alternative, allowing them to bypass Hawaii’s quarantine restrictions, as long as they bring along proof of a negative COVID-19 test from a state-approved trusted testing partner.

If you look at news stories like this with the understanding that “Covid 19” is pure theater and has nothing to do with safety or health or an actual disease, then all this starts to make sense.

Why, oh why would anyone expect legislators to adhere to the rules that they make for others? Plebes are obviously just “low-lifes”, unablr to appreciate the finer things in life that are the divine right of the ruling class.

Fortunately, the government elite know just how to go about “shucking & jiving” to make sure we ordinary citizens don’t get in their way.

Same old story. How many of these people will be voted out of office over it? How many of them will even be asked about it when they campaign for office again?

(Hint: The answer rhymes with ‘Nero.’)

Everyone is equal, but some are more equal than others.

Of course. There’s no point in developing a hierarchy unless you’re the one at or near the top. This is one of the oldest human impulses around. It’s no surprise that socialism recapitulates tribalism.

The only proper response to this is: Thanks you sir! May I have another?

1) The concept of Equality under the Law and Constitution is now undeniably a myth, although it disappeared some time ago.

2) Those attending, organizing, paying for, and agreeing with the conference and the implied inequality are TWANLOC.

notamemberofanyorganizedpolicital in reply to Subotai Bahadur. | November 17, 2020 at 4:19 pm

Be horrible if travel from Hawaii were banned for 5 years after they arrive there…..just sayin’….. don’t want to give anyone any ideas………

artichoke in reply to notamemberofanyorganizedpolicital. | November 17, 2020 at 5:41 pm

Yeah, if Hawaii’s making special exceptions for these people, they can keep them!

We all know Covid is a scam.
We all know fauci is a useful idiot.
We all know Biden and Giggles didn’t win the election.
We all know mcconnell is a fair weather friend and can’t be trusted.
And we all know the biggest rats of all have proven to be Sessions and Barr.

Tom Elliott
@tomselliott
·
Nov 6, 2019
I don’t understand how people follow politics and still think the government should take care of us.

Lightfoot defends celebrating Biden’s Election Day in the streets despite her own rules against mass gatherings: “That crowd was gathered whether I was there or not.”

This says attendees are adhering to food and drink regulations. What in the Hell are these? Masks and distancing are separate categories.

Meet their planes when they return to the mainland. Lock them up in quarantine.

Isn’t that breaking the Hawaiian laws? They have some very severe restrictions that we’ve read about during Covid that have killed tourism. Suddenly, this conference happens, hmmm …

Well, Napoleon the pig is alive and well in the blue camp. Shockers.