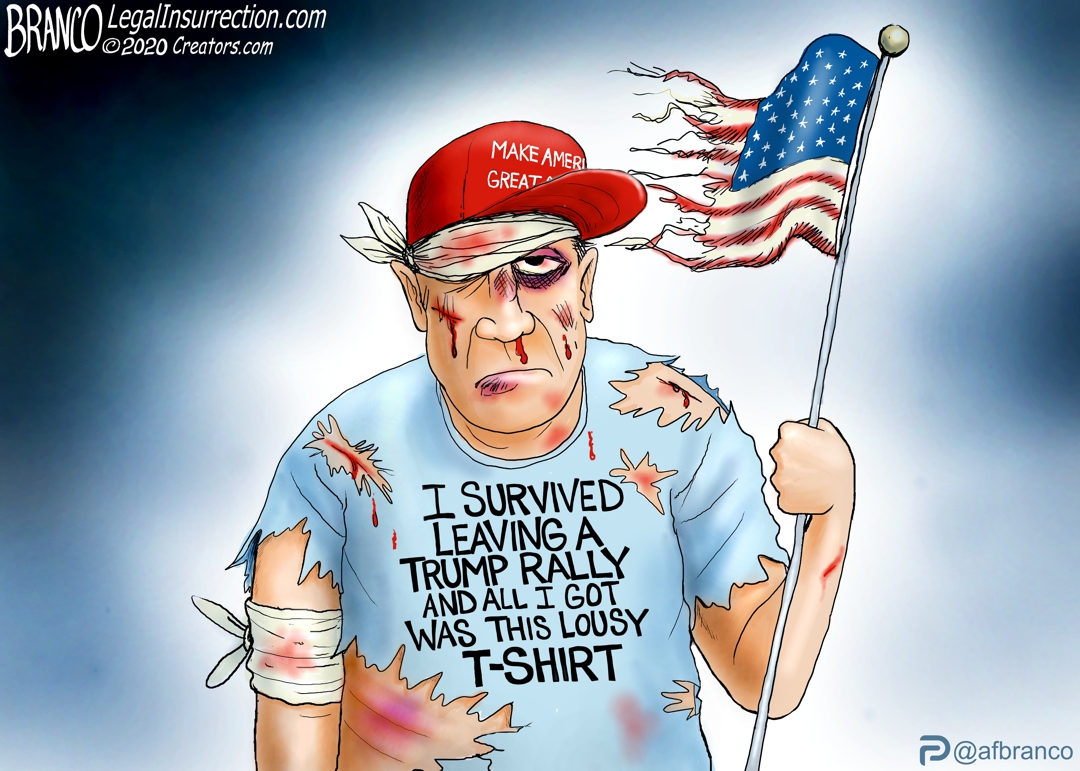 There is no such declaration. There is no such legal status that it could be declared to have. There are terrorist acts, which various antifa members have committed and they can be charged with; no declaration is needed for that.

There is such a thing as a foreign terrorist organization, which becomes one when it is so designated by the secretary of state (though it’s possible to challenge a designation in court). Once an organization is so designated it becomes a crime to give it any material support. But foreign is the key word there.

Back in the late 70’s when I began working in aerospace procurement in support of DoD stuff, there were boilerplate terms & conditions applied to every purchase order let under government prime contract which forbade procurement from any countries with communist governments / ties. I can’t remember what it was called – perhaps un-American policies / practices. No idea if they still do that as I’ve been retired for awhile and out of DoD procurement even longer.

Such declaration was policy in the T&Cs – I don’t know that it could be said it was “law”, nor whether it was prosecutable in a court of law. It did affect product acceptance with the DoD – as in end items and spares with components from communist countries were rejected.

Similar policy ideals were applied to applications for security clearance. Best I can recall, we had to report all travel out of the US to security who then debriefed us about our contacts / activities. I do remember one security official laughing when I called to report my trip to Canada. 😉

That has nothing to do with terrorism. It’s about foreign governments that the US doesn’t want to do business with. And of course foreign governments are not protected by the constitution, so there’s no potential first amendment issue. Back then the “foreign terrorist organization” designation didn’t exist either.

In any case, we’re now talking about a domestic set of people, some of whom engage in terrorist acts. Those acts can and should be prosecuted, but what PaulB called for is designating the whole group as a terrorist organization, so that mere membership, or giving it any material support at all, would be a crime. And that can’t happen because Congress has not created such a legal status, and the first amendment would make it difficult to do so, just as Congress couldn’t ban the Communist Party in the ’50s, or punish people for membership in it.

The OP said “declare” which would be a policy decision, not a law. As part of administration policy, I imagine the President could task DHS / FBI / CIA with monitoring an organization declared to be a domestic terrorist operation. That would permit for counter-terrorism activities through heightened surveillance / monitoring / infiltration. Even so, any prosecution would have to be based on breaking the law which I assume would include conspiracy to commit.

My point in discussing the communist country and security issues I dealt with in aerospace, is that while a policy matter, it could be enforced contractually at product acceptance and I could have had my security clearance revoked if the company and DoD didn’t like my answers about travel to communist countries. Like Canada. 😉

I can’t imagine there’d ever be a law that could designate Antifa/BLM “terrorist” organizations for reason of freedom of speech, assembly and association. Nevertheless I would like to see them designated as un-American or anti-American by administrative policy and surveilled to prevent acts of terrorism.

“Declare” implies a legal change of status, like “declare war”, or “declare independence”. Especially since the secretary of state can declare foreign groups to be terrorist groups, and that has real legal consequences. When people call for antifa to be so declared, that’s what they generally mean.

notamemberofanyorganizedpolicital in reply to PaulB. | November 16, 2020 at 2:45 pm

Just call them a hate group, not a terrorist group.

According to our most prominent resident pedant, these are the “optics” that will win the war for us. “Optics” that depict us as losing badly over as we allow ourselves to get brutalized over again. Fighting back is “bad optics”.

F*** you with a pointy stick. All I said was that if we were to start murdering them, as you bloodthirsty maniacs were calling for yesterday, that would guarantee our defeat. The police and FBI would round us up, with the total support of the public, and of the army if necessary. That is obvious to any normal person, but apparently not to you.

People like are the reason flags and sticks are not allowed at “protests”.

Now that the Communists have seized power expect this trend to accelerate rapidly, especially as the scope of voting fraud becomes more apparent.

This is nuts. OK, so their hosting service doesn’t want them any more. There are hundreds of others. All they need to do is migrate their entire account to a different host and carry on as before. Users wouldn’t notice any change.

They’re making it out as if they will no longer be able to use WordPress, and have to find some other software, and convert everything to that, redesign the site, learn how to use it, etc. That’s just nonsense. WordPress is open software, free for anyone to use under the GPL.

What happens if their new hosting service does the same and kicks them out? If the Conservative Treehouse did not violate the terms of service, shouldn’t they put up a legal fight to make the hosting service live up to their end of the contract?

Think of the “broken window” theory, where one unrepaired broken window in a neighborhood can possibly lead to a rash of them. This is a trial balloon sent up by leftists to see if we will put up a fight or just roll over.

I’ve moved a WordPress site before. Not one nearly as large as TCT though. Painful, but doable. What’s difficult to know with hosts of the shared variety, is who and where your site is actually hosted as many of the hosts are on large server farms where they lease space. I remember moving a phpBB forum once only to discover that the new site I chose was on the same server farm where I had all the trouble with the old site. As far as I could tell, the move wound up on the same server as the old site. So dug deeper and moved to Bluehost on a shared server which has been pretty stable/reliable. Not enough traffic to warrant popping for a dedicated server though. I imagine TCT would need something dedicated with their footprint / traffic levels.

If their new service kicks them out, move to another one. Or look for one that will sign a contract and agree not to do that.

There is no contract right now for their current host to break. Their current terms of service allow either side to withdraw at will. If they’re worried about it, find a service that will sign a contract. They should be doing enough business to justify it.

But WordPress itself, i.e. the software on which their site is running, is open source and nobody can prevent them from using it.

But if the hosting service denied a gay wedding, the executions would begin at sunrise.

When they’re banned by WordPress, who you gonna call?

This all sits it that fat bastard Barr’s lap.

There is an old song, originally a political campaign song in the early 1800’s. It is titled “Jefferson and Liberty”. There are by now a whole bunch of variations extant. The cartoon, for some reason, brings to mind a version that starts:

The Night of Fire is yet to come,
The Tyrant’s Shadow down the years,
Demands we kneel or take the gun,
And go shed blood instead of our tears.

That’s not the original song, which can be found, among other places, here. What you cited is Leslie Fish’s song, which has her own verses but uses the same chorus as the original, with a slightly different tune.

I don’t know if declaring antifa and BLM terrorist organizations would have any legal meaning.

But it might be possible to RICO the people who fund them.

RICO is just a fancy form of criminal conspiracy, which is already against the law. The RICO law was passed for political reasons, not because it did anything that existing law didn’t already do. But in any case no declaration is needed for that. What you need is to identify individuals who are actually conspiring to commit crimes.

When people talk about declaring a terrorist organization they’re thinking of the way it works with foreign groups, where the secretary of state can simply designate them as such and it automatically becomes a crime to give them any material support. And that isn’t available for domestic groups.

Milhouse:
“When people talk about declaring a terrorist organization they’re thinking of the way it works with foreign groups, where the secretary of state can simply designate them as such and it automatically becomes a crime to give them any material support. And that isn’t available for domestic groups.”

I guess that’s a good thing really isn’t it?

Imagine if the ‘wrong’ SoS/President/Congress could just designate any organisation it liked, or rather didn’t like, to be domestic terrorists at will, much like the SPLC decrees any group to the right of Stalin as racist.

We always need to be careful that our desire to solve the problems of today doesn’t mean that WE are the ones who open the door to the tyranny of tomorrow!

Yes, it is a good thing.

Speaking of tee-shirts, I”m thinking of having one made that simply says “1/73M”.

I.e., I am just one of the 73 million people who voted to re-elect President Trump.