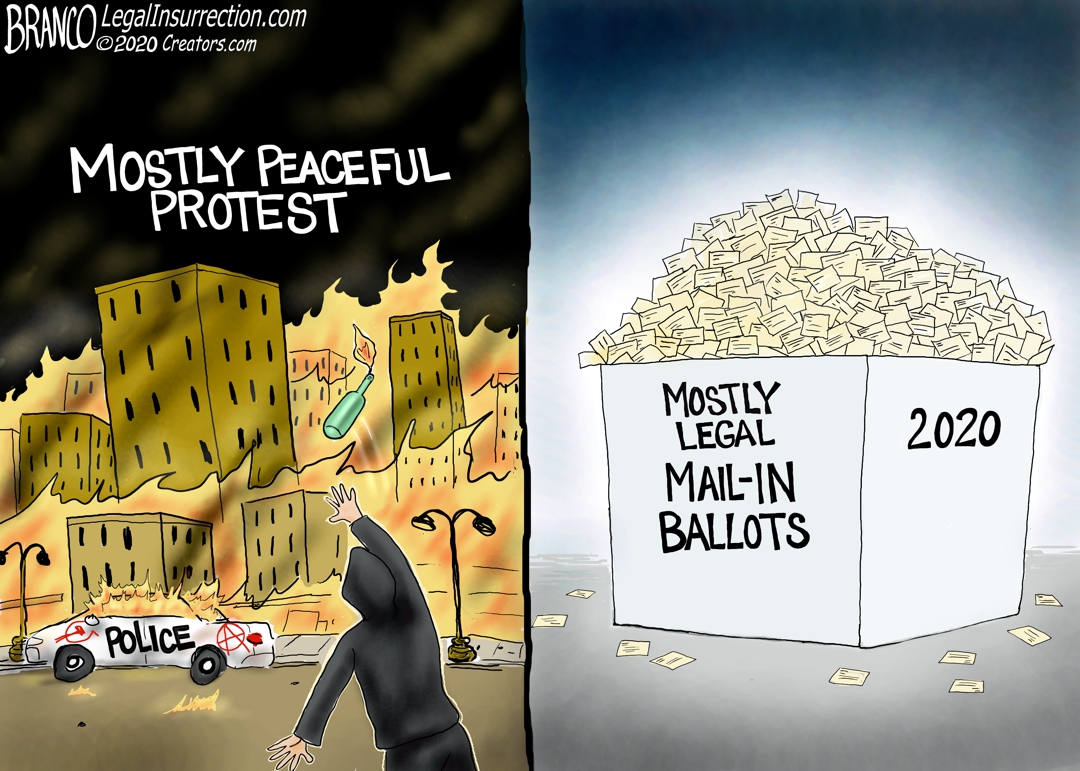 See you in the “Truth and Reconciliation” Commission where the new unity will be enforced. I hope it’s a nice place.

Just you feeling the need to come to this site and post such a remark makes it appear that you are not overly confident about Biden. The censorship taking place on the social media outlets is also indicative of people trying desperately to push a narrative they are not certain about.

Instagram, for example, is flooding their Browse option with posts about “President Biden.” Bless their hearts.

Georgia is about to undertake a full recount and we shall see.

BCT – I’m getting the willies trying to imagine what a Branco cartoon might look like after the Truth and Reconciliation Committee gets through with it.

unbelievable–apparently the dem fraudsters are immune to orders from SCOTUS–by whose authority do they disobey an order from our highest court(alito)?–is any other evidence required by a reasonable person?–regardless of the outcome, the dems are guilty of in-your-face fraud and electioneering–disallow PA votes entirely and prepare for what’s coming

If the Dems were at war with the USA, how would any of this look different? When at war, one does not surrender to words.

This is the point where we choose whether our descendants live in freedom or the slavery planned by the Dems and other leftists and Marxists.

Dr. Steve Turley, who predicted several days before the election that President Trump would win Florida, and did so based on the fact that Democrats were underperforming in mailed-in ballots received in Democrat. strongholds in Miami, says that ballots in PA are signed.

I assumed that only the envelopes were signed and that the envelopes were separated from the ballots thus making fraud very possible. Does anyone know whether Dr. Turley’s statement is correct? If so, it seems to me that a recount will prove that President Trump won Pennsylvania even if it is not possible to determine which ballots arrived after the 8 PM deadline as determined by PA election law, rather than the extended deadline of the Democrat Governor, which was approved by a faithless state Supreme Court.

Yes, as far as I know absentee ballots have to be signed in every state. And yes, of course it’s the outer envelope that’s signed, not the ballot itself; secret voting requires that ballots can’t be identified, so once it’s out of the envelope and in with all the other ballots it can’t be retrieved. That’s not supposed to happen until the information on the envelope has been validated, and the party poll watchers have had a chance to challenge it. There is reason to believe that certain counties in PA did it anyway.

If so, it seems to me that a recount will prove that President Trump won Pennsylvania even if it is not possible to determine which ballots arrived after the 8 PM deadline

How? Can you please explain?

Here in the very Red NW Ohio, a few years ago, a candidate for treasurer mail in her petition in a day late. The local Dems went to court and she, being a typical union hack lawyer with zero accounting background, was ruled “substantially compliant”.