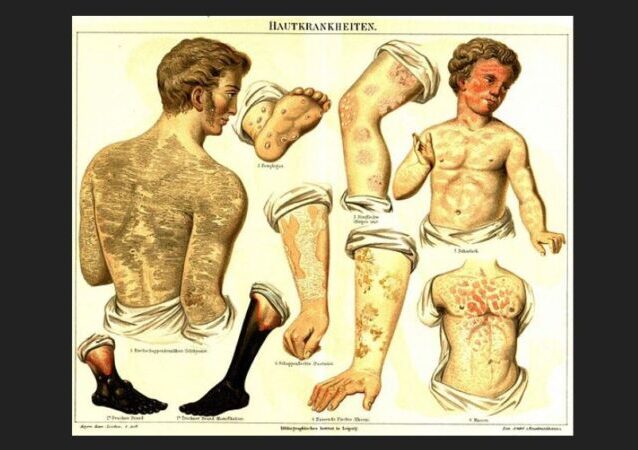 Scarlet fever was once a leading cause of death for children across the western world, but it was nearly eradicated thanks to antibiotics. Now recent outbreaks in the United Kingdom and North East Asia are raising alarms with public health officials.

New research by scientists at the University of Queensland (UQ), in collaboration with scientists around the world, has suggested the Streptococcus pyogenes bacteria is growing stronger after being infected by viruses.

Professor Walker said they started looking into Streptococcus pyogenes after an outbreak in Asia in 2011 and then in the UK in 2014.

Between 2014 and 2018, the UK National Health Service reported a 68 per cent increase in the number of lab reports of pyogenic streptococci.

The viral infections created new strains that generate “superantigens” that appears to give the bacteria a way to gain access to the insides of the host’s cells that has never seen before among bacteria.

“The toxins would have been transferred into the bacterium when it was infected by viruses that carried the toxin genes,” Professor Walker said.

“We’ve shown that these acquired toxins allow Streptococcus pyogenes to better colonise its host, which likely allows it to out-compete other strains.

“These supercharged bacterial clones have been causing our modern scarlet fever outbreaks.

“The research team then removed the toxin genes from the clones causing scarlet fever, and these modified ‘knock-out’ clones were found to be less able to colonise in an animal model of infection.”

If there is good news to be had, it is that the robust response to the coronavirus has halted the outbreaks for the time being. However, the disease is likely to spread again once COVID-19 restrictions are lifted.

“But when social distancing eventually is relaxed, scarlet fever is likely to come back,” says Walker.

“Just like COVID-19, ultimately a vaccine will be critical for eradicating scarlet fever – one of history’s most pervasive and deadly childhood diseases.”

“But when social distancing eventually is relaxed, scarlet fever is likely to come back,” says Walker. Just like COVID-19, ultimately a vaccine will be critical for eradicating scarlet fever – one of history’s most pervasive and deadly childhood diseases.”

Oh, joy! Just what they need…another excuse to keep the lockdowns going.

“If it saves just one child’s life…”

Of course it’s an excuse.

This – aside from the AK-47 and the easy corruption of American schools and American media – is perhaps the best tool ever in the fascist toolbox.

Good thing a number of us older adults had most if not all of these “childhood diseases” when we were children.

How so many people fall for it says wonders about how easy it has been for the communists to corrupt our schools and our media.

But then again, all we had as a bulwark has been the GOP establishment. We were morons for trusting them.

Scarlet fever isn’t a typical “childhood disease.” It can cause serious heart and kidney issues, among other things.

It’s strep with a high fever and a rash

There is no doubt in my mid that we need to pay, with compounded interest, China back.

It would be eat if our space force started experimenting with dropping big rocks on China’s military and CCP leaders. Iran and NK might benefit from similar treatment.

oops, I hit the reply button and it also down marked the comment. Sorry.
Anyway, we have an easy way to make them pay. Just go to court and default on the trillions in U.S. debt that they hold. It’s a win-win. Lots of U.S. disappears, and China gets what they deserve.

When the rate was 20/100k what was the hospitalization rate? Remember the cartoons where the thief easily distracts the guard dog by repeatedly tossing a stick? Another day… another stick.

Should be easier to create a vaccine against a Strep bacterium. Strep pneumoniae (Strep throat strains) only haven’t been done due to lack of priority (rarely life threatening).

I do not know if it is lack of interest or lack of trying. Strep has proven itself fairly easy, until now at least, to tame via vaccine. Let us hope this latest version does not develop Staph like tendencies which have made Staph resistant to every effort to vaccinate against to date.

That would require “macroevolution on a micro scale” if that makes sense…perhaps this explanation will.

Staphylococcus strains are resistant to treatments and immune responses (including vaccinated ones) because the bacteria form clusters of cells protecting the central population by sacrificing the peripheral ones…think like a cluster of grapes. Thus, the central bacteria can develop resistance and multiply. “Cluster of circles” is the namesake of staphylococcus (staph means cluster and coccus means circular, as in the shape of the individual cell).

Streptococcus means “chain of circles” because the bacteria form chains of circles instead of clusters. They do not have the same properties due to this arrangement.

So it’s sort of like terrorists in a “moderate” mosque.

It’s the End of the World of the Week!

One of the biggest benefits of the China Covid virus is the increased transparency of agenda driven medical hacks.