Reporter on Hot Mic After Docs Say Trump is Improving: ‘This Wasn’t as Fun as Yesterday’

Reporter on Hot Mic After Docs Say Trump is Improving: ‘This Wasn’t as Fun as Yesterday’

Always assume all microphones are hot! 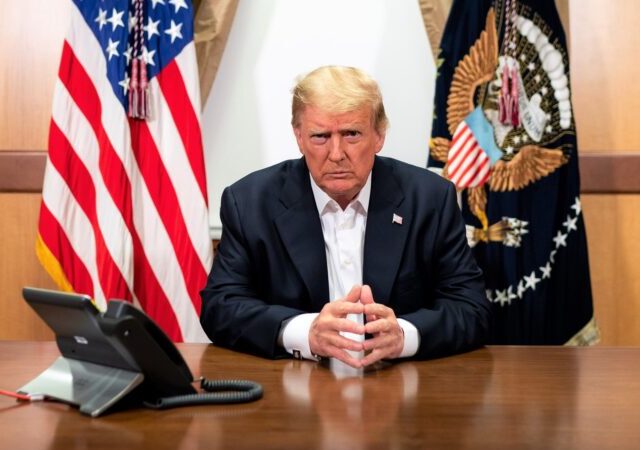 Doctors at Walter Reed gave everyone good news on President Donald Trump’s health on Sunday after he went in for treatment for COVID-19.

Well, one reporter didn’t think it was good news.

A hot mic picked up one reporter saying, “That wasn’t as much fun as yesterday.”

Reporter on hot mic caught saying, after news of Trump’s health improving, “That wasn’t as fun as yesterday” pic.twitter.com/dPdXrDx0WT

Granted, America’s media thrives on drama and controversy. So maybe this reporter wanted something juicy.

But God forbid the president improves in his fight against COVID-19! Trump Derangement Syndrome has literally broken these people. They’ve trashed and vilified Trump over the pandemic.

It’s like they wanted him to get it really bad (hopefully none of them hoped he would die) in order to say I TOLD YOU SO!

Trump’s getting out of the hospital today, according to himself.

I HATE the LEFT…ALL of THEM

He will have immunity now. No more mask shaming.

Sorry to say, I know people who would like to see Trump die, so I steam them up by praising Trump. I find it funny to enhance what Trump’s tweets are doing to them.

Can we film the operation?
Is the head dead yet?
You know, the boys in the newsroom got a running bet
Get the widow on the set!
We need dirty laundry

Kick ’em when they’re up.

Kick ’em when they’re down.

notamemberofanyorganizedpolicital in reply to Another Voice. | October 5, 2020 at 8:00 pm

Kick DEM in their Leftist……

Well, at least the Bubble Headed Bleachblond had a couple of good points about her.

Dirty little secrets
Dirty little lies
We got our dirty little fingers in everybodys pie
We love to cut you down to size
We love dirty laundry
We can do the innuendo
We can dance and sing
When its said and done we havent told you a thing
We all know that crap is king
Give us dirty laundry.

This hot mic tells us nothing we didn’t already know about democrat media sycophants.

What is really telling is that this reporter felt completely comfortable saying that is front of his entire crew. He knew
that not one of them would object, and he had no fear of backlash from superiors either.

I’m pretty sure many (if not most) of the Fake News ghouls DO want the President dead. And for him to die from the Chinese Virus would be icing on their sick cakes.

May they have many, many, many UN-fun days ahead.

Too bad the creep hasn’t been identified.

It was a woman. Find the one that sounds the most like Kamala Harris and you will have your culprit.

Name names and post a picture otherwise it is not news 😉

I did not know that Crissie Wallace was reporting from Walter Reed. Who knew??

Not surprised to hear this. I live in Liberal Land and my neighbors were giddy that Trump was sick with Covid. They didn’t want him to die yet because they want to watch him go to jail after he loses the election. They need to get used to disappointment.

“Reporter” my ass. A “propagandist” is what he is.

We’ll all rejoice at this “reporter’s” demise.

Ditto. I was going to say the same. You beat me to it.

The giggler is a *she*, people.

This is simple, gang. If Trump had the interpersonal, commuicative competency of Ronald Reagan? He’d be f’g King for the next, oh, 10 years? 😀 😀

This is simple, gang. If Trump had the interpersonal, communicative competency of Ronald Reagan? He’d be f’g King for the next, oh, 10 years? 😀 😀