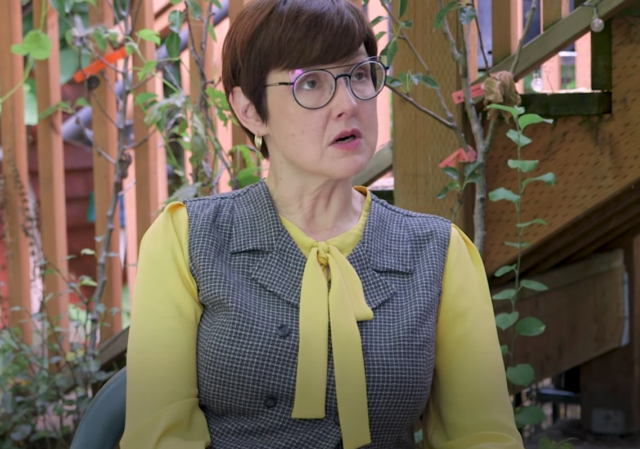 According to MSN, a recent poll has pro-antifa mayoral candidate Sarah Iannarone up by 11 points over incumbent Democratic mayor, Ted Wheeler.

A survey conducted by DMH Research on behalf of the Portland Business Alliance shows Iannarone with 41% support and Wheeler with 30% support. Sixteen percent of respondents said they would write in a candidate, and 13% said they were undecided.

The survey had a margin of error of plus or minus 4 percentage points and was conducted from Sept.17-22. It is unclear how many people were surveyed.

“Most voters are just tuning in to this race,” said Danny O’Halloran, Wheeler’s campaign manager. “And that’s why such a large number of respondents in this poll are undecided. We are confident that once voters have the opportunity to get to know both candidates, these numbers move decisively in Ted’s direction.”

During the May runoff primary, Wheeler received 49% of the vote, and Iannarone received 24%.

Iannarone has defended antifa, an often-violent activist group whose masked supporters protest law enforcement and work to promote left-wing policies, once tweeting, “I am Antifa.”

In an interview with Fox News host Jesse Waters at the beginning of September, Iannarone was asked, “Why do you call yourself the ‘Antifa mayor?'”

“Because it’s good to oppose fascism”…

This is *literally* why Portlandia was created and also why it’s hilarious.

So vandalism is not violence, teargas is violence, and she would not endorse teargas or any other sort of “violence”, “especially by police”, to suppress a peaceful activity such as vandalism.

Seems like Portland would be great unless you own anything there, under her leadership.

And when she takes office and turns out to be unable and/or unwilling to do anything about the violence, everyone who voted for her will be angry at how the corrupt system prevents meaningful change.

They get what they deserve.

The voters in Portland must be total idiots. They have left themselves a choice between two incompetent candidates. One has shown himself to be an ineffective mayor who can’t put the lid on several months of continuous rioting. The other is a left-wing nut who will fan the flames of the rioting, arson, and looting.

It’s really true that the voters get the kind of government they deserve. But in this case, they’ve ruined what used to be a good city. Any remaining business owners should read the writing on the wall and get out before they are burned and looted.

This is, in fact, the entire hidden agenda of “top two” primaries — a system Oregon voters have officially rejected so far, but which you can find in other “progressive” places like California and Washington, and being heavily pushed in Illinois and Virginia.

I honestly thought the election of Jo Ann Hardesty to city council would finally get the idjits to wake up,

but this Innarone idiot appears to be a complete double down to stupid. I have stopped thinking about it because I am a logical person and not of this stuff even approaches how a logical person would look at things.

Yeah, Portland is heading into the shitter and I don’t see it coming back. Even worse are the ballot measures for library (aka daytime homeless shelter) funding and another Billion to redo schools that can’t even teach kids to add.

Please, Portland. Please elect this ridiculous dingbat. You deserve her and everything that happens to you after you elect her. Go for it.

What?
Wheeler is the “non-mob” candidate?
Maybe technically, but the distinction is meaningless.
Wheeler empowered all the Antifa destruction so far in 2020.
This is a classic battle between a Giant D and a T Sandwich.