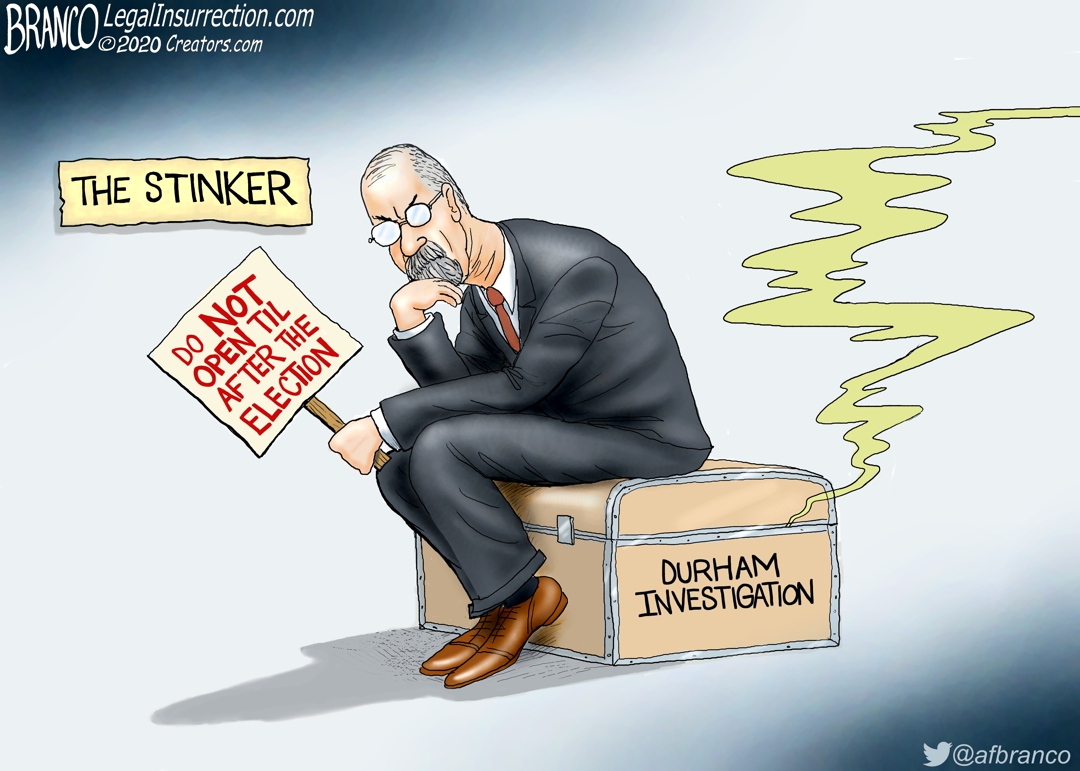 its been my opinion Barr & company are going to try to pin all of this Russiagate nonsense onto Clinesmith, then claim there is not enough info to warrant charges on the rest

because his plea out was no real plea

lots of broken protocol and errors but because intent cant be proved (?)… it can’t warrant charges

of course it will miss the mark because the crime is the action itself, not the intent

I believe with the About Queries, the Unmasking, the 302 alterations and lying to investigators – we are talking about 200 to 300 individuals with direct involvement. Add Conspiracy to the mix and that number doubles.

And, it involves senior and former senior people at the FBI, CIA and DOJ. It also involves senior White House staff and members of the Senate Select Committee on Intelligence. And, if you want to throw in the former VP and President you probably can.

How far does Barr want to go? How many do you charge? How many are going to be nu-indicted co-conspirators? Are they willing to go up against 3 government agencies, the Senate and the Executive Branch?

Whatever they did with joe biden for the presidential debate, it seemed to work. At the very least, he seemed lucid. When PDJT hit him on his General Flynn Logan Act stunt, he was visibly stunned. It was as if biden had long forgotten his corrupt past, but under the debate drug cocktail, he was able to recall the whole sordid episode when reminded. Watch the video, look closely at his reaction. His handlers left him completely unprepared for that confrontation. Spygate isn’t simply the obiden administration obtaining a few fake FISA warrants and surveilling a rival’s political campaign. It’s the clinton foundation. Uranium One. Illegal private servers. The wiener laptop. Ukraine, Haiti, Benghazi and dozens of other foriegn aid embezzlement/kickback schemes. It’s the awans, debbie wasseram-shultz and dozens of others in the US Congress. It’s hunter biden, devon archer, rosemont-seneca, nrglab/viscoil, christopher heinz, john kerry, paul pelosi sr./jr. It’s difi/richard blum and China. It’s dick cheney and billion dollar halliburton no bid contracts. It’s a RICO case the size of a fleet of oil tankers, but that wouldn’t make sense in a political cartoon, so I guess a suitcase is what we get. President Trump will win the White House November 3. The GOP will hold the Senate and flip the House. There will be a full SCOTUS. It doesn’t make sense to bring too much forward before the election.

Did anyone actually believe that the Durham report was going to produce anything? Because if you did then I’ve got a bridge to sell you. Cheap at half the price. Good view of Brooklyn too.

In any case, time for Republicans to admit that democrats are untouchable and nothing will ever, I repeat, ever happen to bring them to account for their criminal behavior.

“Incredible: Now That the Op Has Achieved Its Goal, WHO Announces That… We Won’t Need Any More Lockdowns

Now how about that.