“I hope they all die before the election” 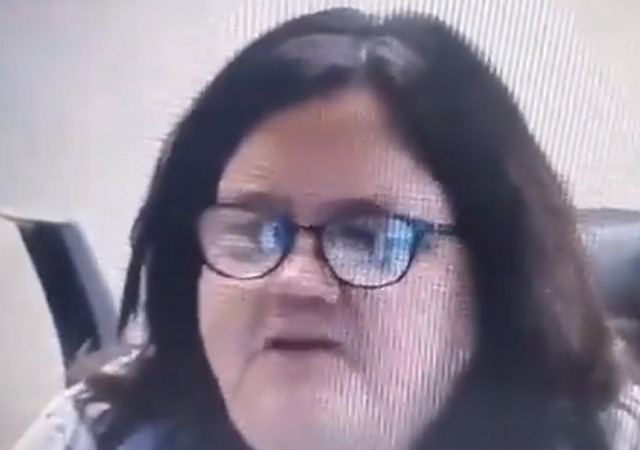 Conservatives disagree with liberals on policy. Liberals think conservatives are evil and hope they die.

A professor at Marshall University has been suspended by the school after she told a group of students during a virtual lecture that she hopes all of President Trump’s supporters contract the coronavirus and die before the November election.

“I’ve become the type of person where I hope they all get it and die,” Professor Jennifer Mosher said. “I’m sorry, but that’s so frustrating — just — I don’t know what else to do. You can’t argue with them, you can’t talk sense with them, um, I said to somebody yesterday I hope they all die before the election.”

Mosher, who teaches in the school’s biology department, was making a reference to recent indoor rallies held by the president, events that have garnered hundreds of attendees with sporadic mask usage.

The only surprise is that she wasn’t promoted.

There is a pretty good good chance that Trump will outlive her.

I don’t blame anyone for refusing to engage with evil. I am baffled and more than a little irritated by the way the left defines evil.

Just another unattractive, sad woman lashing out at the world.

There is clearly something missing in her life; I think I have an idea what it might be.

I think I know where you are going. But, I think in addition, she has either been ignored, or was teased mercilessly since early childhood.

You can’t argue with them, you can’t talk sense with them

Her suspension will give her more time to campaign for her favourite candidate! Oh, wait. That would require effort..

What is “Marshall University”?

Thanks to our guaranteed student loan program, crummy universities can exist.

I know. Before, it was only places like Harvard, Princeton, Yale, U of
Hicago, Oberlin…

Before, only places with serious reputations could take on the risks of this kind of behavior.

In 1970, the WV university lost its entire football team, The Herd, in an air crash.

The tragedy serves as stark relief against the team’s struggle to rebuild and revive itself and relatively winning heritage in the 2006 cinema, starring Matthew McConaughey, We are Marshall.

Other than that, it’s a good, reputable, small-to-midsize regional public research university with a total student population of ~ 13,500.

I’d say the odds of her dying from any of several obesity related illnesses before the election is more likely.

I’d hope that liberals die, but then they wouldn’t have an opportunity to change their dumb, twisted minds. They’ll vote Democrat for eternity at that point.

At least we now know what Michael Moore in drag looks like. Also, while on suspension, will she be holding office hours at the nearby Golden Corral Buffet? (yes, I googled it).

There is an old song with a guy singing about his wife being “so ugly”, but I bet he was not thinking about this ugly.

This is what can happen — even to presumably educated people — when, for some twisted, irrational, auto-species-hating purpose, you don’t date humans, in particular.