“She has a troubling record as a prosecutor” 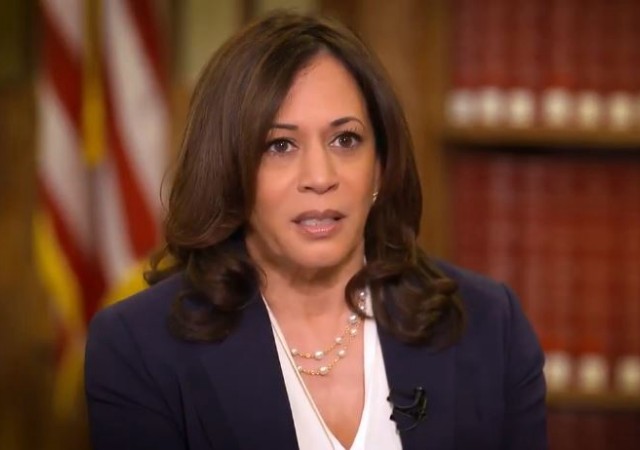 The objections are mainly about her record as a prosecutor. There are plenty of people on the left who feel this way.

In an article published on the University of California-Riverside website, three professors went on record to express concern for the fact that Democratic presidential nominee Joe Biden announced Kamala Harris, former Attorney General of California and now U.S. Senator for California, as his running mate.

Natasha McPherson, an assistant history professor who specializes in the history of black women and citizenship, was troubled by Harris’ past as a prosecutor. Campus Reform asked students how they view this part of Harris’ career. They answered by saying Harris was an “inappropriate” choice for vice president, given today’s political climate.

“In this political moment when Americans all over the country are questioning the efficacy of prisons and the function of the police, I expect that young voters, in particular, will challenge Kamala Harris on her prosecutorial record and her policies regarding incarceration.”

On the other hand, Associate Professor of Ethnic Studies Jennifer Najera, was concerned about Harris’ impact on communities of color.

She said that “[Harris’] history as a prosecutor will detract people who are concerned about how the criminal justice system has disproportionately affected communities of color.”

notamemberofanyorganizedpolicital | September 22, 2020 at 9:33 am

That entire article linked to never once mentions her major slave owning ancestors…..

Why isn’t BLM all over her donkey?

Milhouse in reply to notamemberofanyorganizedpolicital. | September 23, 2020 at 7:30 pm

Sigh. This again? Most black Americans have white, slave-owning ancestors. That was unfortunately part of slavery. Harris is no different from them.

The problem with trying to be “woke” and politically correct is that there are always going to be people who think they are more so. So here is a left-wing black woman who is getting criticized for not having led a perfectly “woke” life.

I hope these leftists never get the absolute political power they crave. They would enforce a stifling level of political correctness that would rival the Holy Inquisition.

The House Democrats have already said that naming the source of the coronavirus, like we have with every other epidemic, is “racist.” They don’t want to lose the financial support they are getting from China.

Yes, Kamala was rated the #1 most liberal US Senator, yet that is not nearly enough for the woke crowd.

Every leftwinger, at least of the more intelligent ones, has a background as an azzhole. If not they would not be crazy leftwingers. There’s some deficiency in their personality.

Another example is Mazie Hirono. I think she was is from some minority group in Japan, and there’s a bitterness there that won’t go away, even though we had nothing to do with her family’s problems. There’s no cure for it other than avoiding these people.

The thing that unites them is that there’s not some specific thing you can do to mollify them. If there were, they would have achieved that and moved on, rather than staying in the left. “There’s much more work to do”, they will always say. Their goal is to tear you down.