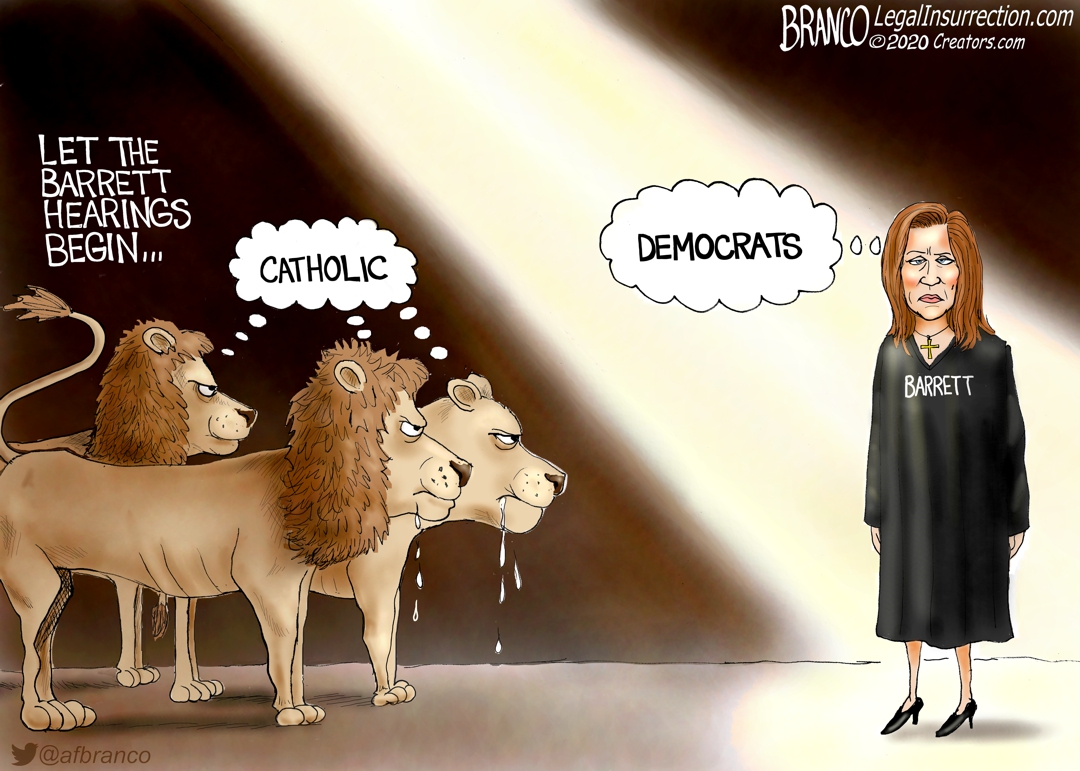 The “MSM” is the “democrat media”. They’ll say anything, so long as they keep getting paid.

Rather than lions, I think rats would have been more accurate.

Shadrach, Meshach & Abednego are other examples.

The only problem with that scenario is that a den of lions is honest as the day is long, and we all know in truth that she is facing a den of thieves.

In the Old Testament, Daniel survives and his enemies are thrown to the lions in his stead. Good ending but alas, this is a bit too much to hope for in ACBs case…

Kavanaugh is a good Catholic also, but the Dems hardly mentioned it. They were banking on the “Me Too” movement to react so strongly to the bogus claims to kill the nomination.

With ACB being a woman and a mother, it looks unseemly to concoct a smear campaign saying that she did salacious things in high school. So, with their most common weapon blunted, what do the Dems have left? Not much.

Anti-religious nuts like Feinstein, Harris, and Hirono will attack Barrett’s religion while trying to look like they’re not. That’s why Feinstein said they won’t be attacking her religion.

Bad example of animal symbolism: the media scum are not in any way comparable to Lions in the animal world;

They to their corrupt core are african Hyenas, scavengers and pack murders of the weak, the lowest of the food chain, and they eat their own $hit.

Change the lions to demon and change the thought ballon time Demoncrats.