“Osborne taught the class as an honors elective before in 2014 to counter the “dumb” criticisms of capitalism he said students were exposed to.” 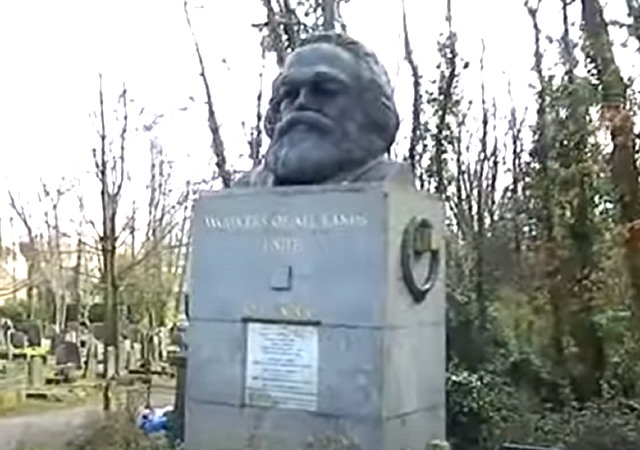 Economics Professor Evan Osborne of Wright State University in Ohio, wants to teach a course that is critical of Marxism, and claims he is being prevented from doing so.

He has been allowed to offer the course to honor students, but he wants to offer it as an economics elective, open to all students.

A longtime economics professor at Wright State University who has repeatedly requested permission to teach a class critical of Marxism has been rebuffed by his bosses and peers who appear unwilling to allow the topic to be taught to the general student population.

Osborne said the “short version” of his predicament “is that we have an angry, radical-left cohort in the department, they praise Marxism in the classroom, they will not let me teach critically about it, and numerous people in the university have refused to do anything about it.”

While Osborne has recently been given permission to teach the class this fall to honors students, he is not allowed to open the class to the entire student body, he said. Only honors students may enroll in honors courses.

“That my department is full of extremists who probably don’t belong in a business-college economics department, to be sure, is a manifestation of academic freedom,” Osborne told The College Fix via email. “And I do not want to change how economics is taught at WSU, broadly speaking. I just want my academic freedom to offer a different view to also be respected.”

It’s no secret that the works of Marx are promoted in higher education, as noted by this report from the Tennessee Star:

Osborne had taught the class in 2014 to honors students. In the syllabus, the class’ learning objectives were detailed; the goal was to ensure students understood what communism was about, “what Marx and his acolytes thought,” and what happened “during the process of implementing communist regimes.”

A report from 2016 showed that Marx’s works were the most prescribed of any economists in American colleges. In fact, the only books more assigned across all fields of study were a book on college-level writing and Plato’s The Republic. Marx is considered the father of communism, an ideology which some scholars estimate caused around 100 million deaths in the 20th century.

Professor Osborne clearly recognizes that one of the reasons so many college students support socialism, is because they are only getting one side of the story.

“The honors class … sharply limits who can take it,” Osborne said. “The biggest damage is being done to students in business, in the college of economics. Most of them are not honors students. … They deserve to hear.”

His non-honors class got blocked after objections from faculty, including anonymous complaints. No other Wright State faculty have been told they can’t teach a class because other professors anonymously objected, Osborne said. He has taught there since 1994 and has tenure, he said.

Osborne taught the class as an honors elective before in 2014 to counter the “dumb” criticisms of capitalism he said students were exposed to.

This is alarming. Courses like the one Professor Osborne wants to offer should be taught everywhere, and be open to all students. It’s not just about academic freedom, it’s about accurately teaching history.

This should surprise no one.

And it’s exactly why we’re in the position today.

That, and the corruption of the GOP by the rats of the GOPe.

Check it out… that statue of Marx has a big ring on the side of it, to make it easy to attach a chain and pull it over.

Actually it’s an interactive exhibit. If you pull the ring, Marx whines, “The maid’s bastard baby isn’t mine, it’s Engles’!”

I think I’m more shocked that there’s a professor there that understands the dangers of socialism.

The whole rotten philosophy is built on a deeply flawed concept of wealth. That to increase your personal wealth, you must take it from others, if only indirectly.

But there is NO law of conservation of wealth. New wealth CAN be created, and existing wealth CAN be destroyed. And Marxist policies are only good at achieving the latter.

Agreed…. if there is a static system, no wealth has ever been created throughout recorded history. The socialist system wipes out
acquiring wealth and focuses only on adjustments of income for social engineering.

“But there is NO law of conservation of wealth. New wealth CAN be created, and existing wealth CAN be destroyed. And Marxist policies are only good at achieving the latter.”

That’s not a mistake Karl Marx would have made. You can see that here . . .

“The bourgeoisie, by the rapid improvement of all instruments of production, by the immensely facilitated means of communication, draws all, even the most barbarian, nations into civilization. The cheap prices of its commodities are the heavy artillery with which it batters down all Chinese walls, with which it forces the barbarians’ intensely obstinate hatred of foreigners to capitulate. It compels all nations, on pain of extinction, to adopt the bourgeois mode of production; it compels them to introduce what it calls civilization into their midst, i.e., to become bourgeois themselves. In one word, it creates a world after its own image.”

I mean is there a single thing in that paragraph that isn’t 100% correct? I mean communism failed in Eastern Europe because the capitalist economies of the west could build stuff faster and cheaper.

The problem with socialism and its derivatives, is that it destroys the will to strive for a better future.

Marx thought you could have capitalist innovation w/o capitalist inequality. He was honest enough to admit that the system he was advocating was something that had never actually existed in real life. Marx wasn’t one of those muddle headed leftists who go around saying everything was hunky dory until the capitalist patriarchy came along and ruined the world.

Seems Wright State University is a public land grant college. Perhaps someone in Ohio should hire a lawyer in the public interest to allow this tenured professor to teach a badly needed course.

When I was in college in the early 70s I had an economics professor who taught from the perspective of Milton Friedman and the Chicago School of Economics, and this professor was pretty-much ostracized by his peers in the department. This bias is not new. It’s more intense now.

Who is actually doing the barring? I don’t recall professors having the authority to decide who among the student body a course by another professor may be taught to, no matter how much they may desire to.