Both job-killing AB5 and pandemic policy have slammed Uber and Lyft operations in California. 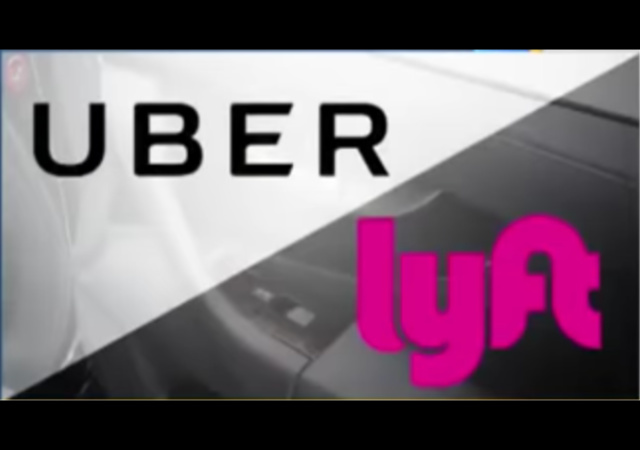 California’s new labor law, AB5, makes in difficult for companies to classify workers as independent contractors instead of employees who are entitled to minimum wage and benefits such as workers compensation.

Companies that have flourished in the state’s gig economy have been hit hard. In fact, Uber and Lyft have been threatening to shut down their services in California at the end of this week after a judge’s order to classify their drivers as employees, instead of independent contractors, as required by a AB5.

However, an appellate court have given these two companies a reprieve, so operations will continue for the time being.

On Thursday afternoon, an appeals court said the companies can keep operating with their drivers as independent contractors while they fight the order.

The court has also given the companies until early September to come up with plans for how they would comply with the law.

The threatened shutdown would have left hundreds of thousands of drivers without work and millions of customers with one fewer transportation option in California, which is among both companies’ biggest markets.

The news was welcomed by the market.

Uber and Lyft’s stocks were both up about 6% after the order. Both names had fallen into the negative after Lyft announced earlier Thursday that it would suspend its service in California at midnight PT but reversed its decision after the appeals court granted additional time. An Uber spokesperson said the company would continue to operate in California during the stay.

“We are glad that the Court of Appeals recognized the important questions raised in this case, and that access to these critical services won’t be cut off while we continue to advocate for drivers’ ability to work with the freedom they want,” an Uber spokesperson said in a statement. Uber had not announced a decision to suspend service prior to the order.

Uber and Lyft have suffered with the implementation of pandemic policy. Both firms say that converting drivers to formal employees with benefits would force the companies to lay off drivers.

In its earnings call with investors this month, Uber said its core business of picking and dropping people off has fallen nearly 75%.

Uber is now making more money delivering food than it is from ride-hailing. Still, its revenue remains down 30% from the same period last year.

Since the coronavirus outbreak started, Uber has laid off some 6,700 office workers, and Lyft has let go of nearly 1,000 employees.

Our Bill Author Union Wh_re Lorena Gonzalez doesn’t care. She carries water for the unions who hoped to organize the drivers

I wish more corporations would tell California to stick it.

Boilerplate response to any regulation passed by California should be “(Company Name) will be ending all operations in California.”

So, if you’re a big enough tech-oligarch bro, you can get a reprieve from the kill all the independent freelancers’ law. Only accidental resemblence I’m sure to TarJay can open, but that mom n pop diner on the corner … because There Are Rules!

Anybody unclear? This is a game of murderball teams, and we ain’t theirs.

This should have been resolved by the Legislature, but they have all fallen into self destructive idiocy. THIS is the reason that the Judiciary has turned into the De Facto Legislature, making all new Law and deciding whether any old laws will be kept or thrown out.

The Judges run things now, not the Governor, not the fake and useless legislature. This is just proof of that.

SB5 doesn’t touch federal tax law, nor does it try to. State rules in blue states can be far more relevant and ruinous.

What is the email address here
I sent to
contact -at- legalinsurrection -dot- com.
Per website doesn’t work
Nor does dropping the contact -at-
Nor does .com

We MUST have Texas!

Do you suppose nobody’s worried about Texas? I wouldn’t be. Every time the Gaslight Media push the notion of Texas going purple, Republicans win by landslides.

Likewise Georgia and elsewhere. Alabama 2018 was a fluke, caused in no small part by Beltway Republicans taking sides in a primary, telegraphing their fears to monkey-wrenching Dems.

I live here, snap dab in the center of Texas, my area was always solid Red, conservative Williamson county… no more

It went for Beto for God sakes !

what made me so mad about Beto is that I could SEE who was supporting him, and it was every mush headed middle aged woman who thought he looked like the skateboard dude they had a crush on when they were 19, and it made them feel young again to tell Beto how much they still LUUUUVVVed him. I even knew some supposedly “conservative” middle aged women who did this. Oh, and of course Ted Cruz was a big old meany who never winked at them.

A side note to the editors of legal insurrection

LOL what a bunch of assholes in robes.

“Given them until September to come up with a plan to comply with the new law.”

“We will comply by ending ALL operations in the state, good day.”

These people are so stupid, they actually thought they were just going to meekly accept it.

Y’all talking about Uber and Lyft.

But that doesn’t include many THOUSANDS of independent contractors in Kalifornia.

I know several software/hardware folks, and even a guy who contracts to the Fed. Government as a weapons specialist.

I hope the courts fine them to bankruptcy.
Lyft Inc

NOTE: The organization itself did not donate, rather the money came from the organization’s individual members or employees or owners, and those individuals’ immediate family members

NOTE: The organization itself did not donate, rather the money came from the organization’s individual members or employees or owners, and those individuals’ immediate family members

This is the key fact that invalidates the rest of your comment. As you just pointed out, these are not Lyft’s contributions, and they say nothing about the company’s politics. How is the company responsible for whom its employees choose to donate to?

California leftists don’t want prosperity and independence for the masses: it would destroy their voting base of frustrated, hopeless, dependent people.

Yep. This is what fuels all divisive groups: promises of change and betterment coupled with policies that make both impossible. Solving problems leaves Democrats with nothing on which to campaign (and this works both ways, there’s a reason we don’t have a balanced budget, haven’t dealt with the scores of millions of illegals in our country, and etc.). Democrats do more to keep black people down, hooked, voting for them, than Republicans can or have because we don’t want to see them suffer in Democrat hell-holes. I do think Trump is making strides in this area, or was before the WuFlu lockdowns that decimated our economy.

They both should have said nope and still stopped operations. Best way to get the public to wake up to the craziness of AB5.

The Judge needed a ride home.

There are actually some legal precedents and cases and even IRA positions on who is and employee and who is a contractor. We can make it about politics and judges and California and assholes and snowflakes and BLM etc., but there are some important issues being examined. Does any outraged commenter here care to discuss?