Seeking the “hidden vote” of centrists and conservatives who self-censor rather than be subjected to liberal retribution. 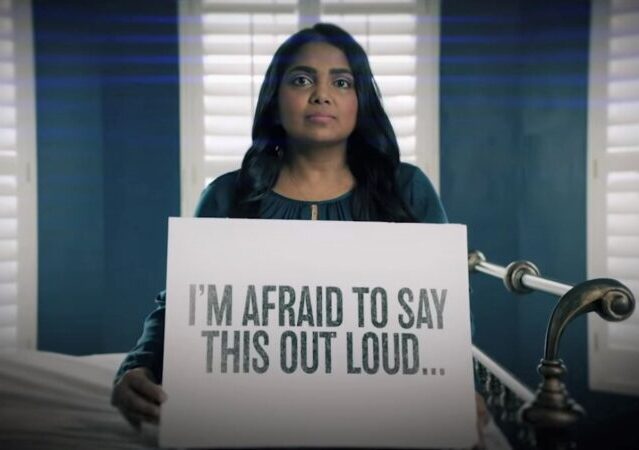 The Trump campaign has released a TV ad that directly addresses what is commonly referred to as cancel culture, the silencing of people who fear retribution from liberals, like trying to get you fired.

Polling backs up the effect. Polling shows that a majority of Americans, but particularly conservatives, fear expressing their views. The only people who are comfortable speaking out are people who are strongly liberal.

Self-censoring, particularly by people who are centrist or right-of-center, is a political phenomenon that could have implications for the November 2020 election. Is there a “hidden Trump vote” as so many believe?

I think there’s no doubt there is a hidden Trump vote, the question is how large it is. Anecdotally, I’ve encountered what I’ll call the “dancing around” interaction. Someone who doesn’t know whether you support Trump makes a mild statement or comment designed to smoke out whether you are with them. Only when the proverbial secret handshake is returned do they open up. Such anecdotes are real, but aren’t proof of a large hidden Trump vote.

The Trump campaign obviously believes there is such a hidden vote, bullied into silence by cancel culture, because it just rolled out an ad running in states where voting starts early that addressess the issue:

The anti-Biden ads in Arizona, Florida, Georgia and North Carolina aired as Mr. Stepien also called on Mr. Biden to take part in more debates, noting that 16 states will begin voting before the first scheduled presidential debate on Sept. 29….

One of the Trump campaign’s new ads says Mr. Biden “has embraced the policies of the radical left” and highlights his support for increasing taxes and redirecting police funding.

The other ad, alluding to Mr. Trump’s banking on a “silent majority” to propel him to victory, features a Trump supporter silently displaying cue cards to register her displeasure with Mr. Biden.

“I’m afraid to say this out loud,” one card reads. “I won’t risk my children’s future with Biden.”

The phenomenon is real. We’ll find out in November how large that reality is.

Liberals support free expression, and do not generally practice retribution. They may cower in the face of it, however, lest it turns on them, as recent examples have shown.

It is progressives that engage in retribution of others and other anti-American conduct so offensive to social harmony.

More liberals should develop spines. They should speak out against the intolerance of progressives. A daunting task, but one that is necessary to put out this fire that causes destruction.

They have no spines. That’s why they’re liberals: it’s the easy way out.

notamemberofanyorganizedpolicital in reply to TheFineReport.com. | August 4, 2020 at 9:53 pm

The act could have written yesterday.

Maybe some PAC should do ads about Dr Fauci’s wife serving and working closely on Bill Gates boards and committees.

BOOM! Guess Who is Calling the Shots on Human Experimentation?

TheFineReport.com in reply to notamemberofanyorganizedpolicital. | August 4, 2020 at 11:54 pm

Faucicide: when a nation listens to a corrupt hack and shuts itself down because of the flu.

Forget “Fauci” – we should call him “Fauxchi”.

Liberals have spines. All people do. Liberals had enough spine to engage in non-violent protests in the 1950s and 1960s and bring forth civil rights laws. They need to do better, as indicated, but progressives and cancel culture can be vindictive. It’s not only liberals that cower.

Excellent. Diversity is a divisive and bigoted residual of a progressive era, where wicked solutions were normalized with the best of intentions. People are “color” biased, but are not generally prejudiced or bigoted… #PrinciplesMatter

I am waiting for the one with cards that say …

“I will be called an Uncle Tom if I come out. They want me to stay on the plantation and vote Democrat. But, only Trump cares about me and my future. Biden just wants to use me.”

And then a cut away to Biden saying, “If you don’t vote for me, you aren’t Black.”

Hope someone from the Trump campaign sees this. It would be an excellent ad in the black community.

Btw, anyone who doesn’t believe the blm movement isn’t about grabbing money, read this:

TheFineReport.com in reply to notamemberofanyorganizedpolicital. | August 4, 2020 at 11:56 pm

Hey man, it beats working 9 to 5. And it pays better.
Best of all, if you can make it and get in charge, you can kill people. Lots of people.

notamemberofanyorganizedpolicital in reply to TheFineReport.com. | August 5, 2020 at 12:31 am

“…As civil unrest continues to dominate the headlines and the cities of America, Michael traces the history of the destabilization–both in the Church and in the State—all the way back to the 1950s, arguing that from Bella Dodd to the Beatles to Madalyn Murray O’Hair to Vatican II, this has been coming for a long time…..”

the silencing of people who fear retribution from liberals

I don’t fear retribution from liberals.

I have no problem with trudging out into the woods, building a little log cabin, clearing a plot and planting some potatoes, trapping a few beavers, and shooting at any Indians who attack my little homestead. The Indians may get me anyway, or maybe not; we’re both taking our chances.

What I do fear—because it’s too much for me to handle on my own—is the King’s army hauling me off for those shots I took at the marauding Indians.

In other words, the problem isn’t marauding Indians so much as it is overbearing and oppressive government, government which works overtime to inhibit my efforts to control marauders.

Things I’m not allowed to talk about:
Anything positive about Trump
Anything Trump was correct about and the media was wrong
Global Warming
Covid statistics that show it’s a bad cold
Trump had nothing to do with Russia but Hillary did
We have to send kids back to school
Black Lives Matters has nothing to do with Black lives mattering
Antifa is an anarchist organization
Anything negative about Obama

Also – under things I am not allowed to talk about: ‘WuFlu‘ or ‘China / Wuhan virus.‘ You must use the WHO and China approved ‘Covid-19.’ HCQ as a possible preventative or cure of the WuFlu also automatically tells ‘them’ that you voted for Trump.

That slaps down the entire left not just Quid Pro Joe

I think that is a lot of reason “the silent majority” is still silent. We are, in general, law-abiding citizens. We believe in the process, we believe in the good of humanity and the common sense of our neighbors. We are workers, even in a time of economic shut down we are still working, maybe not at the 9-5, but spending money at Home Depot and working on those “when I have time” projects.

I think we are WAITING. We are waiting for November when we can speak our minds and TPTB have to listen. And when we cannot be doxxed and fired and de-friended (IRL, not FauxBook) for our vote. I think if there is a wide-spread belief that the Dems stole the election, you will see that hard-working, patient “silent majority” stand up and be silent no more.