I was Herman’s presidential campaign press secretary for part of the 2012 campaign. He was the definition of a “happy warrior” who faced each day with a positive attitude and the kind of optimism we could all use right about now. 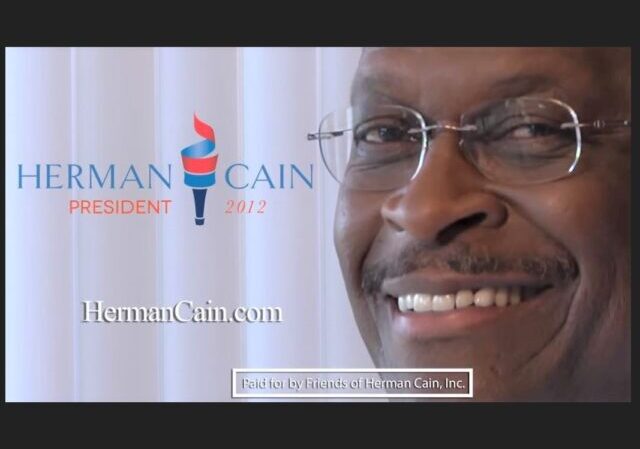 Here is what I wrote shortly after the death of Herman Cain:

By now, many of you have heard about the heartbreaking loss of my former boss Herman Cain who died from complications associated with COVID-19. Some have predictably used it as an opportunity to score political points, unconcerned with the hurt so many people are facing right now.

While I hadn’t worked for Herman in a few years, my life is forever tied to his, as I worked as the communications director and spokeswoman for his presidential campaign for more than a year. I’ll never know why he elected to hire a 23-year-old practically straight out of college to lead the communications effort a presidential campaign that became, even for a month or two, a front-running GOP primary contender.

It’s hard to put into words how chaotic that experience was. A presidential campaign always is. Then throw in the fact that he was the definition of a political outsider, and voilà. Madness.

But, Herman really just was the best. He was warm, funny and kind. He was the definition of a “happy warrior” who faced each day with a positive attitude and the kind of optimism we could all use right about now. He saw meaning in so many small things – significance in things others wouldn’t notice or slow down to see.

And he was absolutely brilliant. Forget the caricature you’ve come to know from political life. I know who he was – a Morehouse man, a mathematician, a computer scientist, a rocket scientist (really!), a business tycoon, ‘the turnaround artist’ who saved so many jobs by saving companies, the treasured friend to Jack Kemp, a father/brother/grandfather… I could go on and on.

He was the product of the segregated south, a man whose father worked three jobs to survive and a mother who was a domestic worker (NEVER “a maid”). He grew up in a three room house until his parents could afford more, and before he and his brother were given the luxury of bedrooms, they used to fight over who would get to sleep on the cot or who had to sleep on the floor. It is a level of poverty and discrimination few alive can ever understand.

Oh, and he survived stage IV liver and colon cancer, too.

Not a single detractor could hold a candle to Herman’s intellect, professional achievements or resolve. In the scope of his tremendous life, politics was but a small thing.

But, for me, his choice to pursue public service was everything. It changed my life forever. Every opportunity I’ve had since working for him can be traced directly back to the fact that he gave me a chance. So many friends I have, both on the campaign and off, come from that time and from the tremendous opportunity working for him provided me. I’ll say it again: everything I have professionally is because of him.

May he have his eternal reward. RIP Herman.

His tweets have been thoroughly scrubbed of all mocking comments about the virus and wearing masks.

It’s actually very hard to get the China virus outside of the family. In a recent study that came out of S korea , with over 5000 people, 98/100 people infected were family members. It takes extended periods of time to get infected. Hence Drs and nurses, despite the “mask” and face shields are infected at rates close to family contact rates.

Maybe stop, drop, and roll yourself…

I was sad to see him have to step down from his run. I held my nose for that other dude, but really wanted to be voting for Cain in 2012. He was such a class act.

Likewise. I really, really looked forward to seeing him in the White House.
.

On top of all of his accomplishments, I just perceived that Herman Cain was a very decent, positive man who loved his country.

Because he was a good man who saw potential. There was one young lady I did the same with, and I periodically have been hearing from her foe over 30 years.

It is gratifying to see young raw tallant blossom.

It looks like Herman knew who was the right pick “to lead his communication effort,” Ms Carmichael.

And thank you for reminding America — in the wake of our recent misery upon hearing some man we’d all like to see disappear give an extremely disturbing eulogy for a House member who had passed — that this, your good word, is emblematic of how it’s done: saying words that convey the essence of the man — kind, and genial, intelligent and truthful — in a simple and conversant, gentle and friendly, but most of all, in a believable manner.

It was easy to believe that Herman Cain was as good as you knew him to be because, though from a much greater distance, we knew it to be true as well.

We all miss him; and thank you again, this time for all the hard work you did during the campaign. Herman’s distinctly direct and uplifting, vital message came across loud and clear to us.

only candidate I have ever been excited about.

I liked Mr Cain, a lot, but his history really didn’t come through on the campaign trail, I’m not sure why, probably Because the left media wanted to present him as the house N. of the Republicans. His 9-9-9 plan almost sounded like a Shyster deal even though I know it wasn’t, all that rhymimg.
He was almost too positive and too jovial for the left to understand that that was a big part that helped him succeed. The left expects people of color to be angry and deviant, he was neither. His wrestling match’s with his brother were only proved to strengthen his determination and resolve. As a cancer survivor, it’s not for the weak of heart…

I wish I had known him

Herman Cain as a role model is rejected by democrats in favor of felon home invaders like Fentanyl Floyd.

No one is perfect, but Mr. Cain came awfully close.

I stole it from somewhere…

He was a class act in a world of classless actors. We will miss him greatly. Godspeed.

A nice remembrance and tribute to Mr. Cain — thank you for sharing this, Ellen.

Thanks very much, Ms. Carmichael. A fine man, a fine remembrance.

Thank you, Ellen, I wanted to get a chance to vote for this man.