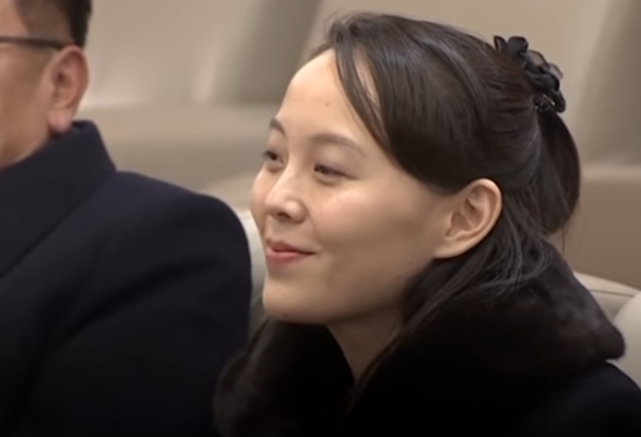 North Korean President Kim Jong Un was given a chance to follow-through on a spectacular economic deal with President Donald Trump, and he chose poorly.

Kim is now warning his country about harsher economic times, which will likely compound the misery in which the North Koreans already live.

Kim told a gathering of ruling party leaders that the country “faced unexpected and inevitable challenges in various aspects” and that his development goals had been “seriously delayed,” state media said Thursday.

Kim Jong Un issued a dire warning for North Korea’s economy amid reports that he delegated some power to his sister, including responsibility for relations with the US

Kim told a gathering of ruling party leaders that the country “faced unexpected and inevitable challenges in various aspects” and that his development goals had been “seriously delayed,” state media said Thursday. The unusually candid assessment came as sanctions, flooding and the coronavirus pandemic pushed the North Korean economy toward what was expected to be its worst contraction in more than two decades.

Indeed, North Korea’s economic situation has not been helped by the combination of coronavirus and flooding.

Kim said his country now faces a dual challenge of fending off COVID-19 amid a worsening global pandemic and repairing damage from torrential rain that lashed the country in past weeks.

It added many roads, bridges and railway sections were damaged and a dam of an unspecified power station gave way. There was no mention of any information related to injuries or deaths.

Kim also tasked his younger sister with the responsibility of dealing with the U.S.

North Korean leader Kim Jong Un has given his little sister Kim Yo-Jong more responsibilities, including overseeing the country’s often testy relationship with the United States and South Korea, according to reports from a Seoul spy agency.

While Kim still maintains “absolute authority,” he has delegated more responsibilities to his sister and a handful of other aides in an effort to reduce his stress levels, the National Intelligence Service claimed.

Kim Yo-Jong, who is in her early 30s, will now be “steering overall state affairs,” the NIS added.

What a family, Kim murders one of her siblings and she is now helping him.

notamemberofanyorganizedpolicital in reply to JusticeDelivered. | August 23, 2020 at 1:32 pm

All with China’s hand…..

JusticeDelivered in reply to notamemberofanyorganizedpolicital. | August 23, 2020 at 2:47 pm

China has their own problems now, and can no longer afford propping up NK

He may have acted at her behest. What a family, indeed.

Cooperate or die. Not much of a choice.

Invite them over for Thanksgiving. That’d be an experience.

Is this a theme of “keep your friends close and your enemies closer” ? Or “the family that slays together stays together”?i’d say…both.

There’s not much good to say about Yo-Jong. However, being a woman and all, the western press will be fascinated, and will be all over her like a cheap suit. So in future we can expect even more of the usual anti-American propaganda from CNN et al; they’ll all swallow any swill she tosses their way.

Norks have an economy? People who make soup from tree bark, and like it, have no economy.

Imagine growing up there, where everyone has PTSD.

Also, keep in mind that loss of the upcoming election could push America down the same path.

She may be in charge already.

She’s dangerous. Her give a S*** O meter when it comes to foreign diplomacy is set to zero.

Kim also tasked his younger sister with the responsibility of dealing with the U.S.

Then the big question is…can Dennis Rodman woo her with his sweet talk and good looks?

She’s a first-rate psychopath. Worse than him

notamemberofanyorganizedpolicital in reply to gonzotx. | August 23, 2020 at 9:34 pm

Well the MSM are the Chinese state press you know………..

The U.K. Daily Mail and NY Post are reporting that Kim Jong Un is in a coma. I think they’re both using the same source. Seems like I’ve seen this movie before.

Who came up with the b.s. that if women ran the world, there’d be peace? Oh, yeah: leftist women.

Then there is hillary clinton:

Then there is hollywood favorite: serial killer Ailene warnos:
https://en.wikipedia.org/wiki/Aileen_Wuornos

25 Most Evil Women In History:
https://list25.com/25-most-evil-women-in-history/

Just what we need: a north korean crazy woman at the controls of a nuclear weapon.

Then again, maybe we can put throw her in the octagon against hillary clinton or some hollywood idiot: you know, a fight to the death.

Um, earth to Fine, there are women who are not raving lunatics, right? Let’s stay focused on the true enemy here. Hint: women are not it. Find your real enemy before you make a whole new one and live to regret it.