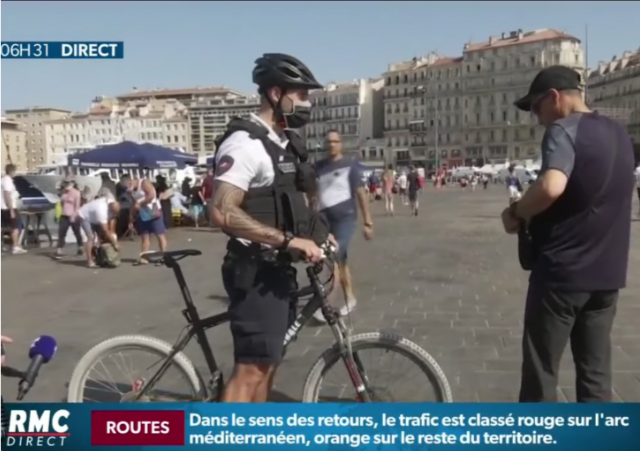 The decision comes days after the French government declared Paris and Marseille “high risk” coronavirus zones. The move was in response to a recent uptick coronavirus cases in the country, registering around 3300 cases on Saturday, the highest tally since France began easing the lockdown restrictions in May.

The designation as high-risk area or “red zones” gives authorities in Paris and Marseille “powers to limit the circulation of people and vehicles, restrict access to public transport and air travel, limit access to public buildings and close restaurants, bars and other establishments,” Reuters reported.

France has deployed 130 riot police to the Marseille region to enforce mask requirements, as more towns introduced compulsory mask-wearing. From Monday, people buying and selling goods at outdoor farmers’ markets in the region are also required to cover their faces in a bid to reduce the infection risk.

France has registered its highest one-day increase in COVID-19 cases since May. Labor Minister Elisabeth Borne said in an interview with Le Journal du Dimanche newspaper that the government wants to expand mask use, especially in workplaces. ”We must avoid a new lockdown at any cost,” she said.

But France still plans to reopen schools nationwide in two weeks. The country’s infection count has rebounded in recent weeks, blamed in part on people traveling across the country for weddings, family gatherings or annual summer vacations with friends.

Other countries have also taken unrepresented measures to avoid the reemergence, or the much feared second wave, of the Chinese pandemic.

New Zealand on Monday postponed the general election scheduled for September. “Ultimately I want to ensure we have a well-run election that gives all voters the best chance to receive all the information about parties and candidates and delivers certainty for the future,” Prime Minister Jacinda Ardern said while announcing the postponing of the vote by four weeks.

Italy and Spain, most affected by the coronavirus outbreak in Europe, have also reintroduced coronavirus restrictions, ordering the closure of pubs and bars, and making mask wearing compulsory in indoors spaces.

The tightening of measures is also driven by the fear of a second lockdown. Europe is already paying a heavy price for the shutdown. “Many business in the area of retail and gastronomy will hardly survive a renewed shutdown of public life,” the German Association of Towns and Municipalities (DstGB) said this week.

Thanks to Chinese coronavirus pandemic, the European Union countries are going through their biggest economic downturn in post-war history. The eurozone economies declined by 40 percent on annual basis as compared to 32 percent recorded in the United States, data released in July show.

Ridiculous, of course the numbers are going up, it’s called herd immunity, it has to happen

The world is nuts

Everyone crawl under the bed for life.

Amazing how most of the world has fallen for this

Remember health class in the sixth grade? I do. We learned the value of washing hands often and giving sick people plenty of room. Funny, nobody mentioned using masks outside of health care except in very unusual circumstances.

They say there is an uptick in cases, but don’t say how many tests were done. Cases is an uninteresting number in any case, deaths are what’s interesting. Are those going up, and by how much?

i have to wonder if they are checking those large groups muslims blocking traffic on streets to pray 5 times a day.