VIDEO: Victor Davis Hanson Talks About History and the Toppling of Statues

VIDEO: Victor Davis Hanson Talks About History and the Toppling of Statues 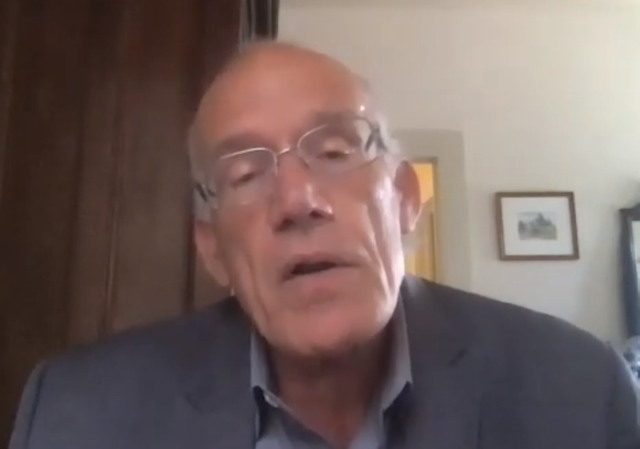 Victor Davis Hanson is just the type of man you want to hear from at a time like this.

He writes at FOX News:

In monument controversy, colleges’ hypocrisy is on full display

When mobs tore down a statue of Ulysses S. Grant and defaced a monument to African American veterans of the Civil War, many people wondered whether the protesters had ever learned anything in high school or college.

Did any of these iconoclasts know the difference between Grant and Robert E. Lee? Could they recognize the name “Gettysburg”? Could they even identify the decade in which the Civil War was fought?

Universities are certainly teaching our youth to be confident, loud and self-righteous. But the media blitz during these last several weeks of protests, riots and looting also revealed a generation that is poorly educated and yet petulant and self-assured without justification.

My alma mater has some Confederates in its post. I never gave them much attention, but on my next visit I plan to look up a small monument to one, and see the formal pictures of some others. No doubt the Wokerati Taliban will relegate them, figuratively or perhaps literally, to a broom closet.

Petulance and self-assurance without justification are common characteristics of the young. The difference, now, is there seems to be no one older and wiser who will rein them in, teach them that they can be better.

That is the real problem.

“Universities are certainly teaching our youth to be confident, loud and self-righteous.”

I see universities as *continuing* such teaching, which began in early childhood. After all, everyone *does* get a trophy, few are taught manners or civility, and clear lines that became blurred are now erased. Wrong is the new right.

Great line from the Hanson video: “When you’re young, in debt, arrogant and ignorant, that’s a fatal mix.”