Current deputy campaign manager will move up to manage the campaign 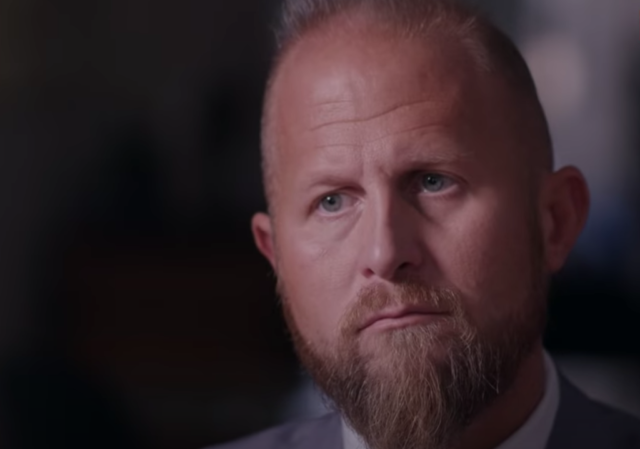 Trump announced Wednesday night that Brad Parscale would no longer work as his campaign manager but would transition into heading up the campaign’s digital campaigns (Parscale’s speciality) while continuing to serve as an advisor to the campaign.

This probably should have been done sooner, Parscale seemed to be in the wrong role and is much better suited to his new position. When the propagandist media make comments like that you know its being seen as a good move for President Trump.

I recall thinking Parscale wasn’t exactly thrilled to be promoted and have responsibility over everything in the first place. I only saw two interviews once he was the manager, and he really didn’t like answering any questions but those about tactics and data. He is NOT a politician. Some swampy politician is better in the top role. Especially in routinely dealing with hostile media questions.

His “new” position is the same position he had in 2016. He shook the Dims to their core then, because they had convinced themselves they were the only ones smart enough to figure out “digital.” That domain is even more critical this time around, and Parscale needs to be focused on that problem exclusively. He’s going to get really creative to get around the censorship of the social platforms.

He also knows how incredibly corrupt D.C. is.

In fact, I believe that in all the things PDJT has learned from being the White House, the thing that stuns him most is the corruption – in BOTH parties.

President Trump knew the corruption was there, though I doubt he knew it was a bad as it is on so many levels. He was involved through his businesses, but the dealings on are a much more limited basis. He likely had no idea of the depth and breadth that runs deep in the GOPe club.

I agree, Mr. Trump seriously mis-underestimated the degree and extent to which the GOPe would work to take him out.

Trump assumed once he took office the Press and his political opponents would back off and meet him half way. Their hatred of Trump for making them look bad and for beating expected winner Hillary Clinton knows no bounds. It has cost many of them influence, power and money. Their hatred is deep and profound. Mitt Romney and the late John McCain are merely more open about it than most. But, I think that McConnell means well in general-even though he’s an insider.

I suspect this has less to do with poll numbers and more to do with the OK rally attendance debacle.

Kushner is talented, but he is no warrior.

IMO, nothing more than putting Parscale in the position he performs best. It is where I would want him.

if this where he belongs, why wasn’t he there in 2016?
where i trump i’d want to stay with formula that worked before.

Parscale was digital manager in 2016.

herm gave you the answer. He is one of the best, if not the best, at the digital portion.

Maybe Brad will do something with this.

Update (1217ET): According to Politico, Weaver backed out of his contract with the Russian government after it was exposed in May.

In short; he intended to take money from Russia after spending four years disparaging President Trump as a Russian stooge, only to back out of his own deal with a Kremlin-owned entity after he was called out on it.

Weaver had planned to lobby Congress and the Trump administration on “sanctions or other restrictions in the area of atomic (nuclear) energy, trade or cooperation involving in any way the Russian Federation,” according to a disclosure filing reported by Politico.

So two guys who want to see Biden elected have dealings with the Russian government. This, mind you, after Weaver has spent years spewing unfounded accusations about Trump being a Russian agent, while the other guy helped Russia buy uranium leading up to the infamous Uranium One deal.

So John ‘All roads lead to Putin’ Weaver had a contract with a company founded by… Putin, owned by the government run by… Putin…..

The hostility to the lying media is rising as more people lock in on Trump pointing out they are the enemy. Maybe not as much as Red China, but close.

The lying media are worse than Red China. China is our sworn enemy; they’ve always been saying it, we just ignored what they were saying for the past 40-50 years.

But the media, they were (mostly) born in this country and should be loyal to it. Instead, they lie and deceive in order to tear it down. In other words, they’re traitors.

On the plus side, their viewership is WAY down. They’ve lost tremendous credibility with the viewing public, 60% of whom confess they don’t trust the MSM.

Wait until Biden gets up on the debate stage with Trump and can’t remember his wife’s name or which office he’s running for. Biden has hidden in the basement for months, content to let Trump handle the heavy lifting everyday. You don’t win a Presidency by hiding from the voters, he’s going to have to come out and be transparent. That’s when the polls will flip-flop very quickly. There is far less to Joe Biden than meets the eye.

They will
NEVER let Biden take the stage with Trump

It will be digital,
He will
Have the answers that all be will need to do is read or listen to his ear piece

I agree, there is no way in hell they let that dumb incoherent SOB on stage with Trump.

I don’t think Trump is ignorant enough to debate any way but live.