Why was such dramatic action was taken, given that the disease is well understood and treatments are readily available? 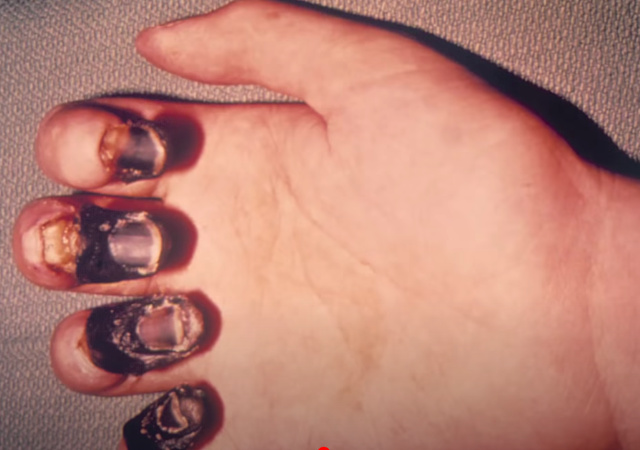 Mongolia has quarantined a region n bordering China after an outbreak of the bubonic plague, an infamous disease better known by many as the “Black Death” that killed millions in Europe through the Middle Ages.

Two suspected cases of the plague – which is linked to the consumption of marmot meat – have been identified, health experts announced on Wednesday.

Lab tests confirmed that two unidentified individuals had contracted the illness in the region of Khovd, Mongolia’s National Center for Zoonotic Disease (NCZD) said in a statement.

The provincial capital in western Mongolia is now in quarantine.

According to local media, vehicles have been banned from entering the area temporarily.

The NCZD analysed samples from 146 different people who may have had contact with the two individuals infected.

In addition 504 second-contact individuals were identified.

While worrisome, several factors mitigate the potential threat of this disease. To begin with, Mongolian marmots are a reservoir for the bacterium Yersinia pestis that causes the disease plague (which takes three primary forms: pneumonic, septicemic, and bubonic), so this development is not at all unusual.

In fact, some believe the devastating 1348 pandemic might have its origins on the Mongolian plains:

The strain of Y. pestis emerges in Mongolia, according to John Kelly’s account in The Great Mortality. It is possibly passed to humans by a tarabagan, a type of marmot. The deadliest outbreak is in the Mongol capital of Sarai, which the Mongols carry west to the Black Sea area.

Mongol King Janiberg and his army are in the nearby city of Tana when a brawl erupts between Italian merchants and a group of Muslims. Following the death of one of the Muslims, the Italians flee by sea to the Genoese outpost of Caffa and Janiberg follow on land. Upon arrival at Caffa, Janiberg’s army lays siege for a year but they are stricken with an outbreak. As the army catapults the infected bodies of their dead over city walls, the under-siege Genoese become infected also.

Both sides in the siege are decimated and survivors in Caffa escape by sea, leaving behind streets covered with corpses being fed on by feral animals. One ship arrives in Constantinople, which, once infected, loses as much as 90 percent of its population.

Not only is the development not unusual (unlike the sweeping mystery pneumonia of Wuhan), the plague can be successfully treated with an array of antibiotics. Interestingly, an average of 7 people in the US contract this disease annually from America’s rodent population.

United States was 66%. Antibiotics greatly reduced mortality, and by 1990-2010 overall mortality had decreased to 11%. Plague can still be fatal despite effective antibiotics, though it is lower for bubonic plague cases than for septicemic or pneumonic plague cases. It is hard to assess the mortality rate of plague in developing countries, as relatively few cases are reliably diagnosed and reported to health authorities.

While the disease is usually transmitted via flea-bites, human-to-human infections are known for the pneumonic form of the disease. In November, Beijing officials said two people from Inner Mongolia were found to have this form of plague.

One has to wonder as to why Mongolia took such dramatic action, given that the disease is well understood and treatments are readily available. Does China want more control over the semi-autonomous region? Do Chinese leaders wish to spook Americans with fears of a deadly pandemic?

Or has China had another “lab accident“?

For those of you interested in “gross science,” here is a great video explaining the plague and how California’s ground squirrels managed to close Yosemite National Park campsites.

I wonder if the Black Death could consume China for us?

Too bad, I had alien invasion, not plague, on the over/under for July. I guess we can add bells to the masks now

Many historians believe that the Y. Pestis that swept Europe in the middle ages must have been a much more virulent strain than we have seen in the centuries since, because modern cases simply do not match up with the widely reported speed of transmission of the plague in historic times. Also, the plague of that time was consistently reported to kill far faster than any current strains do. Perhaps the difference is simply that we have antibiotics – perhaps.

I imagine fleas were common pests that people dealt with regularly back then, much like we fight mosquitoes today. And as you say, they had no antibiotics.

and rats / mice were probably much more prevalent in the home

the whole world was pretty much a shit-hole back then

Not only no antibiotics. No insecticides or other pesticides. The only rat control was setting dogs on them – as a spectator sport. And worst of all, paying great attention to cleanliness or putting a great effort into ridding oneself of pests was considered “unchristian”. Medieval Europe had created the perfect conditions for the Plague. If reaching Heaven was their goal, they were reaching it far sooner!

However, good things came out of this rapid depopulation. It destabilized long-time static economies, as workmen realized they could demand much higher wages. It made labor-saving devices necessary, and the new technology that was therefore introduced often worked better. Sailing ships replaced row galleys, and better ships enabled more trade and the age of exploration. Unnoticed by historians, iron smelters replaced their less-skilled workmen with water power; trip hammers replaced hammers swung by human muscle for the crude heavy work, and powered blowers replaced hand-operated bellows. The new blowers provided a much greater draft and hotter fires, and suddenly instead of fishing blooms of wrought iron from the furnace, molten pig iron was flowing out of the furnace in much larger quantities. (Historians _did_ notice the increased use and better quality of iron products, but wouldn’t lower themselves to go into the hot and dirty smelters to find out what changed. We have just one man, who wrote under the name Agricola, to thank for revealing any part of the technological advances that underlay the Renaissance.)

Eventually such advances created the prosperity that allowed people to nearly exterminate rats and fleas from their homes and cities, and that gave scientists the leisure and lab equipment to discover bacteria and invent vaccines, pesticides, and antibiotics.

“The only rat control was setting dogs on them – as a spectator sport.”

Hell! Go to youtube and search for videos on terriers/dogs ratting. I was totally shocked at the huge numbers of rats that the dogs got. Hundreds, if not thousands. Imagine what it must have been like before modern control methods.

Also, the Northern European liking for large quantities of beef. The depopulation of Europe resulted in a large numbers of feral cattle, that were free for the taking. Beef became cheap enough for ordinary people to afford it in large quantities, so they got a taste for it. Previously Northern European meat consumption was much like that in the Mediterranean — meat was a side dish, something you ate a little of with a lot of vegetables or grains. Suddenly people were eating steaks, and liking them. When the population returned and all the cattle were captured, and beef got expensive again, people kept on buying it if they could afford it. Hence our current meat-eating habits.

To me, the most interesting fact in this article is that Mongolia actually HAS a National Center for Zoonotic Disease.

I’ll top that. How about the Malaysian Space Agency?

In the Summer of 1969 – My Brother was Quarantined at the
Philmont Scout Ranch in New Mexico because there was an outbreak among the local Navajo.

Our German friends went on a mission trip with their church to Mongolia. They brought a food wagon, distributed food and medical care. The common local fare in those parts was marmot; they would cut off the head, stir up the innards, sew up the neck, toss them in the fire, and then eat them. Our friends were still wide-eyed, telling the tale. Needless to say, they did not join them in BBQ.

Yep, that’s doozy. And I thought haggis was pretty rough,

a Scottish dish consisting of a sheep’s or calf’s offal mixed with suet, oatmeal, and seasoning and boiled in a bag, traditionally one made from the animal’s stomach,

Because the Democrats feel another 100% fraud is needed this election year.

Plague isn’t uncommon in Mongolia so why the panic? Heck, my state gets a case or two each year.