The petition from former employees stated: “Gary’s removal from SFMOMA is non-negotiable” 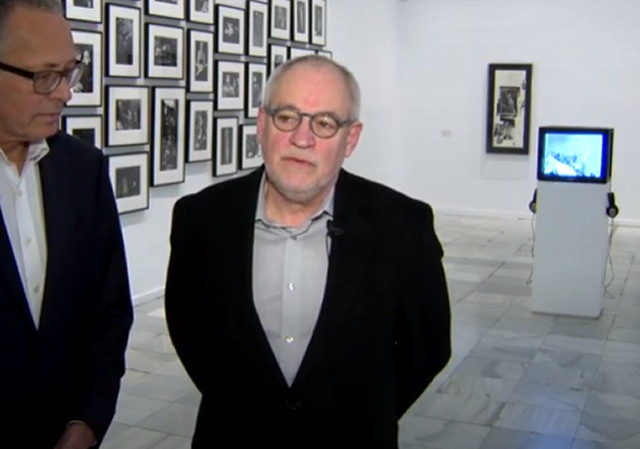 Gary Garrels has been associated with the San Francisco Museum of Modern Art on and off since 1993. He is regarded as one of the best art curators in the country.

He recently resigned from his position at the museum when the cancel culture mob came for him.

During a meeting, and a discussion about curating work from artists of color, Garrels noted that the museum would continue to curate work from white artists as well. Shortly after that, a petition was launched by former employees calling for his ouster.

Earlier this week, Garrels was confronted by an employee at an all-staff Zoom meeting about previous comments he had made regarding the museum’s collecting priorities. (In a widely shared Instagram post on the account @changethemuseum, an employee recounted that the senior curator, who is white, ended a presentation about new acquisitions by artists of color by saying, “Don’t worry, we will definitely still continue to collect white artists.”)

At the meeting, Garrels said that the museum could not avoid collecting the work of white men, which would amount to “reverse discrimination.” Soon afterward, a group of former employees who have been advocating for change at the museum created a petition calling for his resignation, which had been signed by 180 people as of publication time.

“Gary’s removal from SFMOMA is non-negotiable,” the petition’s authors wrote. “Considering his lengthy tenure at this institution, we ask just how long have his toxic white supremacist beliefs regarding race and equity directed his position curating the content of the museum?”

In his email to staff on Saturday, Garrels said, “I want to offer my personal and sincere apology to every one of you. I realized almost as soon as I used the term ‘reverse discrimination’ that this is an offensive term and was an extremely poor choice of words on my part. I am very sorry at how upsetting these words were to many staff.”

At the SFMOMA staff meeting this week, Senior Curator Gary Garrels was asked to respond to his documented earlier comments about collecting white male artists. His response included violent language claiming “reverse racism.” Gary must be removed from his job, effective immediately. @SFMOMA, Gary’s words are in direct conflict with your stated mission. If you are committed to anti-racist work, the choice is clear. Link to sign a letter in support of Gary’s removal in our bio.

Robby Soave of Reason notes the severity and absurdity of the accusations made against Garrels:

“Gary’s removal from SFMOMA is non-negotiable,” read the petition. “Considering his lengthy tenure at this institution, we ask just how long have his toxic white supremacist beliefs regarding race and equity directed his position curating the content of the museum?”

This accusation—that Garrels’ choices as an art curator are guided by white supremacist beliefs—is a very serious one. Unsurprisingly, it does not stand up to even minimal scrutiny.

You might think that one of the most prominent art curators in the country—with 20 years of experience at SFMOMA—would be able to weather such a pathetically weak accusation of racism. But in the current cultural moment, it appears not.

We are witnessing a cultural revolution. Many of the people carrying it out, likely lack an understanding of where, when, and why this has happened before now. History is being repeated by people who don’t know history.

What would happen if the museum suddenly got ten Jackson Pollock paintings?

Wow, those would make an awesome extended canvas for the city’s current hottest tagger!

No more common sense! Yeah, that will make the world better.

Affirmative Action is reverse racism. Allowing this shit to continue is wrong.

I guess that the first order of business is to get Trump re-elected, then we need to start ruining their lives on a grand scale.

Jeez – I had a horrible thought this morning. If Trump loses in November, we must become Trump. We should anyway – but gads what a thought to start the day.

You got a blessing and didn’t know it……….

English is a funny language. “Reverse racism” is racism.

Didn’t mean to give you a thumbs down. The thumbs down is too close to the reply.

Sooo… it’s not “racist” to exclude artists based on skin pigmentation.

Whether it’s racist or not depends on the pigmentation being excluded.

And – he should not have apologized for using the phrase “reverse racism” (or for anything, for that matter). He did nothing wrong.

When will people learn that once you start giving in to these cretins, there is no point at which they will be satisfied, short of annihilation?

INSANITY is the new pandemic !
We need a lockdown of existing schools and universities to stop the spread !!!

Since when do former employees matter?

I am wondering if they were affirmative hires, that are no longer there because they were incompetent.

If they were quota hires, they’d still be there regardless of competence.

I almost felt sorry for him. I was this close. But then I read his apology.

Anyone who believes in nothing will surrender to anything.

For all her manifest evils, Hillary! at least believes in something, even if that something is only Hillary.

1 signed and 243 random likes got this fired? Not exactly a torch carrying mob. It is amazing that one post and few likes can convince some organization that this is a majority opinion.

Aesop taught us 2,500 years ago that “any excuse will serve a tyrant.”

“So much of left-wing thought is a kind of playing with fire by people who don’t even know that fire is hot.”
George Orwell

And after suffering serious burns, will indignantly insist that the fire was only hot because right-wingers heated it.

… a group of former employees … created a petition calling for his resignation … “Gary’s removal from SFMOMA is non-negotiable,” the petition’s authors wrote.

No one thought to tell FORMER employees they are not in a position to NEGOTIATE?

Former Art handlers with an ax to grind. No one knows who they are or cares who they are. No one visited SFMOMA because they hung a painting for an exhibition that someone else curated.

The director and the board should have stood behind him. They should have dismissed the petition as garbage. Museums are in trouble and private museums in particular. The ugly truth is, old white people donate their money and their collections to keep these museums operating. Younger people don’t go to look at art, they go to have selfies taken with art because as we all know, they’re the center of the universe.

This is parallel to the exposure of the biased content and assignments of the NYTIMES and the current uproar over various censoring of content and violation of the original journalistic orientation of the NYTimes.

I am drawing out of these actions tactics to use to restore the original mission of the NPR; which has, of course, drifted far to the left to the point that ‘reporters’ are no more than ideologues for various progressive causes; and barely disguise their opinion into their ‘reports’.

I suppose we could sue CPB and NPR and demand major changes in their lineup of “reporters” and criteria for ‘fair and even handed’ treatment of content. Enough people are disgusted with NPR and incessant repetition of various left wing causes all the time .

Any thoughts on how to proceed?

Resign? Didnt even consider telling them to fuck off?

The Metropolitan Museum in New York has been trying to give more diversity to their exhibitions for years. Exceptional, memorable art will always need outstanding skill both with the brain and the hand. If you have a trained eye you can always tell when the selections come from an ‘inclusion’ viewpoint. Art that’s exhibited should never be chosen just because of the artist’s race. Unfortunately stimulation may not be expected in future museum visits.

“Violent language.” Effing snowflakes.
Give me a chance, I’ll deliver them a scathing diatribe that will leave them bloody and dismembered on the exhibit area floor.