Will Netflix and the U.S. Government Battle in Court Over Space Force Trademark?

Will Netflix and the U.S. Government Battle in Court Over Space Force Trademark?

Ultimately, the service is likely far more successful than the show since 8,500 applied to join it. 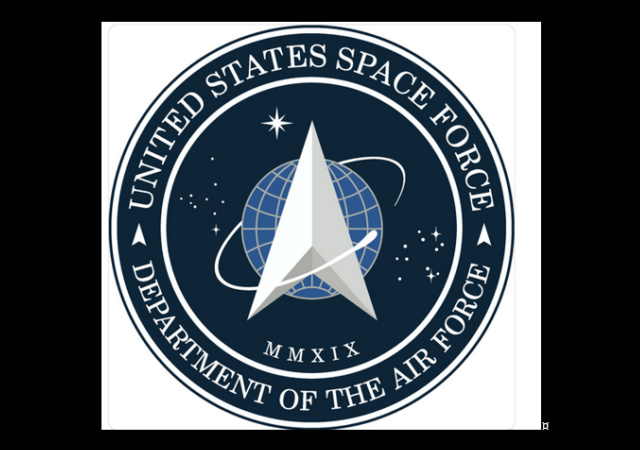 In May, Netflix premiered the comedy “Space Force,” which is based on the new branch of the military launched by President Donald Trump.  The streaming service has reportedly obtained the trademark rights for the name before the federal government.

According to The Hollywood Reporter, the show secured trademark rights to “Space Force” in multiple places, including Europe, Australia and Mexico, while the Air Force owns only a pending application for registration in the United States. That means the show has more confirmed trademark rights than the U.S. military.

The U.S. Patent and Trademark Office usually grants trademarks based on a “first-to-use” system, and Netflix filed for the trademark as early as January.

This has led some to speculate that Netflix and the federal government may end up in court, as the military services have become more protective over their logos.

For years, the federal government seemed asleep at the trademark wheel. Then, in 2007, it became considerably more aggressive. After the Department of Defense issued a directive, the Marines started shutting down Zazzle and CafePress for printing things with military logos, and imposing rules on Etsy sellers who did the same.

The question of whether the federal government would aggressively seek to protect and then license “Space Force” is especially interesting given that we’re talking about the Trump Administration. Many have opined that Donald Trump’s sole talent as a businessman is to create a brand and subsequently license the hell out of that brand for profit. Whether that’s the official administration position with regard to Netflix remains to be seen.

If the federal government and Netflix do end up tangling over trademark usage, it will come down to timing and nature of Netflix’s usage. Space Force was announced by Trump in March 2018, and then officially established as a formal organization in December 2019. Netflix greenlit the 10-episode series in January 2019, immediately submitted trademark applications for “Space Force,” and began streaming the show in May 2020. In March 2019, The Air Force applied to register the name for use on clothing, but the U.S. Patent and Trademark Office (USPTO) hasn’t made a determination. Netflix secured some international trademark rights in Europe, Australia, and Mexico — where trademark laws function differently.

I have no desire to watch the Netflix program. It is a bit light on the real humor necessary for a good comedy.

I predict the actual Space Force will be much more successful, especially as the service exceeded its goal for volunteers…by 1,500 applications.

More than 8,500 active-duty airmen applied to join the U.S. Space Force during the month of May, the service announced on June 9.

Applicants include a mix of officers and enlisted personnel from 13 career fields.

The number of applicants is larger than what the Space Force had projected. Officials said they were anticipating about 7,000 would volunteer to give up their commission in the Air Force and transfer to the U.S. Space Force.

The response reflects the enthusiasm in the ranks about the opportunity to serve in the newest branch of the military, said Gen. John “Jay” Raymond, chief of space operations of the U.S. Space Force. These men and women “made the bold decision to volunteer to join the U.S. Space Force and defend the ultimate high ground,” he said in a statement.

Lady Pitts watched a couple of episodes while I was in the room, I think because she liked “The Office.” I made some remarks that the new show had certain parallels, but then I had to remind her I didn’t like “The Office.”

tried to watch it, it was the biggest piece of junk ever

Netflix truly has a death wish.

Btw is this true?

Nielson is out and MSNBC has lost 30% of viewers over this.

Wow some food for thought.

“I’m not worried about it long term. These media outlets like NBC etc are dying and they know it. They are trying to stay relevant. The internet has disrupted their business models since 1990’s. What’s left is low paid and radicalized personal propaganda corporation trying to remain relevant.

The more modern companies that got their start in the 90’s such as Google have recently walked back some of their bans to salvage the trend of decentralization of media content. Competitors starting to eat their market share. The future of decentralization starts with the most controversial content. Then, prime content creators leave Some for money. Some for censorship. Some get thrown out by the twitter mob and some leave just because.

New modern platforms are on the horizon that are decentralized, anonymous and censorship resilient. Supply and demand in action. They will incorporate payment options of all types from gold to crypto to credit cards and any national currencies. Take a look at the brave browser’s business model where users get paid to read and allow content. Turns google’s business model on its head.”

OTOH, with respect to copyright, works done/made by government are likewise not protected. For instance, the works of Ansel Adams are very jealously protected by a foundation that own the rights to those works. If you want to publish any of Adams’ work, you must have the foundation’s permission and the quality of the reproductions must meet the foundation’s approval as well. However, Adams also produced a body of work for the US government under contract. The Adams Foundation does not have any authority over those works and anyone can reproduce them, sometimes appallingly. (If you see a book of Adams’ photography and the reproductions look muddy, blocked-up, or otherwise substandard, they’re almost certainly photographs taken under government contract, and therefore in the public domain.)

So, again by analogy, government shouldn’t be able to protect its “works,” because its works are our works – we already own them. So I don’t understand how the military can use trademark to protect its emblems, logos, and devices. But maybe trademark protection is fundamentally different? If so, how? Maybe someone here can enlighten us. (One of the reasons I read every comment to every article.)

notamemberofanyorganizedpolicital in reply to DaveGinOly. | June 18, 2020 at 2:13 pm

You know trademarks can be copyrighted……..

There’s a golden opportunity for a new startup. Banned.com, or the equivalent.

Submissions accepted only from people who have been banished from social media for political incorrectness.

As cited above, historically, anything produced by the government is the property of the PEOPLE and can not be trademark protected.

This is not true. The US government can and does hold trademarks, just like anyone else, and there is nothing in the trademark law to prevent it.

And nothing above was cited for this proposition. You just invented it now.

Letting them try to poach “Space Force” was sloppy. And sloppy is the hallmark of big government.

I predict that some joker in congress will introduce legislation protecting the government’s use of all military-related logos, sigils, symbols et al.

This will include appropriations of millions of dollars to set up an enforcement office, which will also become a bottleneck for anyone who wants to work WITH the government to use those things in a non-infringing way, such as in a documentary or on a t-shirt to support veterans.

netflix could have a big problem, space force might be new, but the US Space Command is not, if you look at some of the logo, they are very similar to the US Space Force shield

I think that Netflix is already trying to distance itself from SpaceForce. I have trusted friend who says that there is a payoff, but 8 eps in I have to say that only about 1 minute out of 30 is worthwhile. My guess is that they had an anti-Trump focus group that was really really stoned when they watched it. It will be known for having the worst TV daughter ever. And the anti-Trump jokes aren’t even good. I always considered Garrison Keillor a commie, but the man wrote some damn good material, so I appreciate a good effort regardless of point of view, much like I prefer an honest enemy over a lying allie. SpaceForce is just lazy and sadly a waste of talent that could have been used elsewhere. If it is renewed, it will be for political viewpoint and NOT quality.

Space Force is a generic description of the department. As such, it cannot be copyrighted. The logo, however, is another matter.

This is not about copyright, it’s about a trademark. They’re very different creatures.

It sucked donkey balls, I imagine it won’t be around long.

Hang on a minute, though, how is there a trademark conflict? One’s a military force and one’s a TV program. Where’s the possibility of confusion?

For some reason, I am reminded of something from the past, a phrase that was a take off on the Original Star Trek series we watched in my youth.

We used the phrase “Beam him halfway up, Scotty”.

How long can Netflix hold its breath in a vacuum? 😉