VIDEO: NYU Business Prof Explains How Coronavirus Will be A Wrecking Ball to Higher Ed

VIDEO: NYU Business Prof Explains How Coronavirus Will be A Wrecking Ball to Higher Ed

“He notes this is the only industry in America which has yet to face significant pressures to cost-cut.” 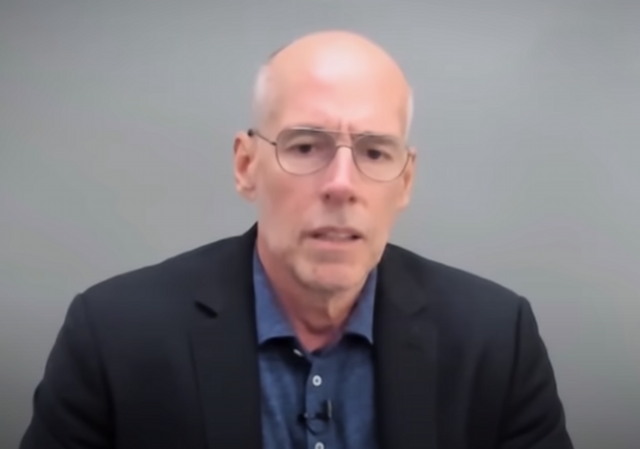 I never heard of Professor Scott Galloway before now but he’s a smart guy. He apparently hosts an online program for Vice. His predictions for higher ed are pretty dire.

Via Ace of Spades who explains:

His basic notion is this:

American education has long been absurdly overpriced. He notes this is the only industry in America which has yet to face significant pressures to cost-cut.

He says that parents are getting to see what their $76,000 per year is buying them– because now they can see the witless profs lecturing to their kids on the Zoom sessions they have online.

And parents are thinking: “This is worthless. I am spending $300,000 for something absolutely worthless.”

Not just worthless — in addition to the debt, there are four years (at least) of lost wages and lost experience to consider.

He also notes that many students — maybe the most in recent history — will decide to skil college next year, because college might not even be all the way open. Many will take “a gap year.”

This will cause many colleges to go bankrupt.

Watch below. It’s 17 minutes long but worth it:

After seeing the mandatory indoctrination classes my kid had to take as part of his Chemistry degree, I totally concur. Perhaps when there is real competition in higher education we’ll see changes.

That prof is too optimistic………

Our local big city public college summer enrollment is down more than half…….at least….from the numbers they will let out.

The outlook is grim for most of higher education.

In a new book by Nathan Grawe entitled Demographics and the Demand for Higher Education, the author develops a higher education demand index (HEDI) that looks at the slowing growth in the number of traditional-age students graduating from high school.

The author’s unique contribution is to factor in how likely a student is to go to college.

His method accounts for the growing number of Hispanic students and their lower likelihood for pursuing higher education.

The ridiculous increases in tuition over my career have been caused by four major factors:
1. Administrative bloat, mostly for “diversity.”
2. Subsidizing of research, because of increased emphasis.
3. Intercollegiate athletics, because of the myth that it’s self-supporting.
4. Country-club campuses, to keep up with other colleges.

But several factors are going to hit the schools very hard:
1. Uncertainty about how classes will be taught will cause entering freshmen to take a gap year.
2. That same uncertainty will cause returning upperclass students to take a year off.
3. The economy is stressed, and money is tight. Parents who are out of a job may have their kids take a year off.
4. Alumni have seen their 401K’s tank, and they are donating less. 5. Many alumni (and parents) are fed up with the required courses in political indoctrination. That has caused some of them (like me) to stop donating.

notamemberofanyorganizedpolicital in reply to OldProf2. | June 6, 2020 at 2:00 pm

All of that is made worse by the human nature to Empire build in each administrative area.

I’ve seen entire campuses built that were not only unnecessary and unneeded but which the faculty and the public in the know strenuously objected to and yet the city officials let it be built in a remote rural area that is stIll remote and rural today. Needless to say the campus has almost no enrailment and has squandered milliones.

The more colleges and universities go down financially is a plus for the country. What we need to do is save science training and research by setting ng up federally funded institutes. Let existing colleges and universities become purely commercial enterprises offering four years of. beer. and fun to those with the time and money to waste without any special tax privileges.

It’s called winnowing the chaff from the wheat so that what remains will be nutritious and what is useless blows away in the wind.
.

Sounds like the going wage for a barista next Fall is going to be $6/hr under the table. Kind of curious where those millions of kids taking a year off expect to get a job. I wonder if they can put this free class on “Real World Economics” on their CV. Heck, maybe even the posters offering jobs “to work for social change” will drop to single digit $/hr.

On another note, my neighborhood was plastered with telephone pole signs from the BLM crowd and the next night someone who is “not me” took them all down. Today’s task, find that kindred spirit. They might already know me from my “God Bless our Troops, especially the snipers” bumper sticker.

notamemberofanyorganizedpolicital in reply to MajorWood. | June 6, 2020 at 2:08 pm

Just start up a chainsaw.

The guy is not encouraging this behavior.

He is pointing out the protesters hypocrisy, calling the police for help while also participating in a protest designed to defund them.

*guy comes at them with a chainsaw*