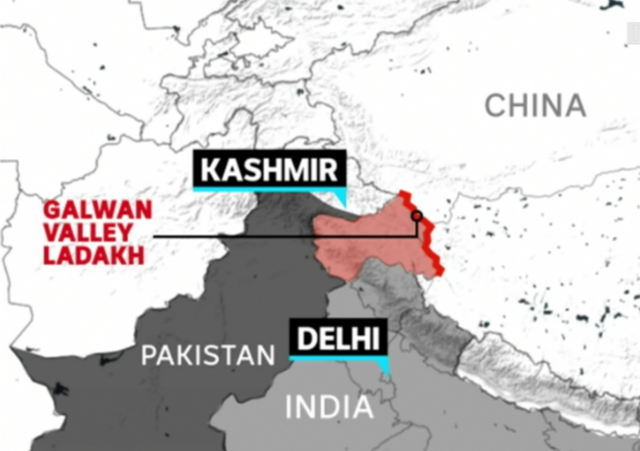 Indians have responded to China’s deadly border intrusion with calls to boycott Chinese goods, media reports say. Around 87 percent of Indians were “ready to boycott Chinese products,” a survey published by the Times of India newspaper showed.

India’s leading trade body, Confederation of All India Traders (CAIT), issued a list of some 500 Chinese products to be boycotted by Indian merchants. Boycotting Chinese goods raging from cosmetics to hardware could cut the “import of Chinese finished goods by $13 billion,” a CAIT spokesperson said. The trade body also called upon Indian sports and movie celebrities to cancel their endorsements given to Chinese companies. The CAIT represents 60 million traders nationwide.

Twenty Indian soldiers were reported killed and 76 injured by the Chinese troops in a border clash on Tuesday. The face-off between the two nuclear powers began last month after the Chinese People Liberation Army invaded the strategic Galwan valley located near India’s northern tip, occupying 23 square miles of Indian territory.

Indian calls for a boycott seems to have some government backing. Many senior civil servants joined the campaign, vowing to shun Chinese mobile phones and applications, the Indian news website Print reported.

Technology, particularity telecommunications, seems to be at the heart of the government and popular boycott call. India, home to 400 million smartphone users, can significantly hurt China’s global share in the telecom market.

“The Indian Telecom Ministry ordered government telecom providers and other private companies to ban all future Chinese deals and equipment upgrades. Chinese companies will also be banned from participating in tenders for future projects, which is likely to include plans to upgrade 4G services in India,” UK newspaper The Guardian reported on Friday.

The border stand-off between India and China has sparked a campaign here that is gaining momentum to boycott Chinese products, including applications like videoconferencing app Zoom, short-video app TikTok, UC Browser, file-sharing app SHAREit, and gaming app PUBG. This comes weeks after the app “Remove Chinese Apps” tried to tap into a similar sentiment amidst escalating tensions at the border.

Besides the boycott campaign, Indian intelligence agencies have red-flagged over 50 China-linked apps as posing a threat to national security. There are concerns that these apps aren’t safe and might be extracting a large amount of data.

Experts said the government can block apps that are perceived to pose a threat to national security. “If they (apps) are fomenting sectarian violence or creating panic by spreading wrong information or propaganda that can incite a rebellion in border states, the government is well within its rights to impose section 69A of the IT Act,” said Blaise Fernandes, director at foreign policy think tank Gateway House.

According to industry insiders, India has 400 million smartphones and is the world’s fastest-growing app market. So the addition or deletion of apps impacts the global valuations of these platforms.

The public calls for a boycott comes as New Delhi considers raising tariffs on Chinese imports following the border clashes. “India may cut or eliminate tariffs on 80% of products imported from China under a 16-country free trade agreement, the last round of negotiations for which is underway in Vietnam,” Indian newspaper Economic Times reported. New Delhi has a $59 billion trade deficit with Beijing. Nearly 11 percent of all Indian imports coming from China.

New Delhi also wants to boost commercial ties with other countries in the Indo-Pacific, a move aimed at countering China’s economic clout in the neighborhood. “India plans to cut duties on 86% of imports from Australia and New Zealand, and 90% for products coming in from Asean, Japan and South Korea, officials said,” the business daily added.

The calls for boycott irked Chinese state-controlled media. The Global Times, a Communist Party mouthpiece, responded by issuing a hit-list of Indian politicians, celebrities, and associations allegedly leading the anti-Beijing campaign in an editorial titled “Who are fanning ‘boycott China’ campaign in India?”

Despite Beijing’s outrage over the call, Communist China has regularly used trade boycotts to bully other countries. In April, China’s Ambassador to Australia, Cheng Jingye, threatened a boycott of Australian goods and services after Prime Minister Morrison called for an international inquiry into the outbreak of Wuhan coronavirus. Beijing threatened to block medical supplies to Europe at the peak of the coronavirus outbreak after an European Union report revealed the extent of Chinese propaganda in the wake of pandemic.

Beijing warned New Delhi of the economic loss if it went head with the boycott. The “targeting Chinese products and technology in the wake of a border clash … between the two Asian giants is an angry outburst that won’t do the coronavirus-hit Indian economy any favors,” Communist mouthpiece Global Times taunted New Delhi. India recorded around 12,000 deaths and 366,946 cases of coronavirus which first surfaced in central China last year.

Regardless of what China says, India has every right to reexamine its supply chain and consumer behavior given Communist China’s invasion of its territory and murder of its soldiers.

To the Indian: I am already as much as humanly possible.

Good for them. Indians that I have met here have a lot of spirit…of course, they might be among the most motivated since they came all the way over here.

One way to help out America and India is to stop buying trash at Harbor Freight Tools and like shops.

I stand with India. We should be strengthening ties with India commercially and militarily.

I heard from one of my Indian friends via email yesterday. He congratulated me on being right 🙂

The Indians do not like the Chinese, but like us, allowed to much dependence to occur on a totalitarian enemy.

Perhaps they can rectify this.

ALL countries should boycott Chinese goods after what they did to us.