The Washington Post: “‘Gone With the Wind’ is also a Confederate monument, but on film instead of stone.” 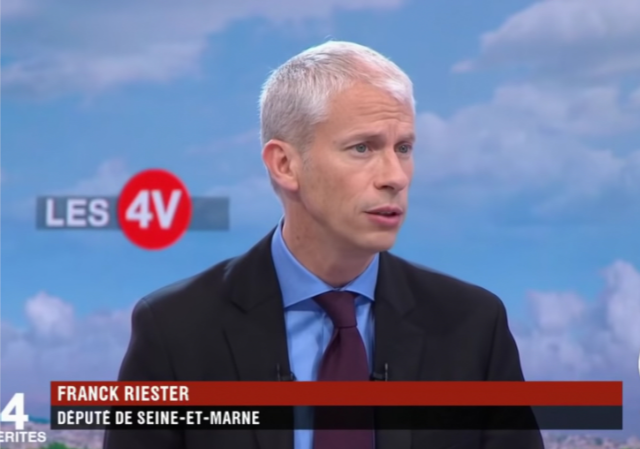 French Culture Minister Franck Riester has criticized Warner Bros.’ decision to cancel the screening of Gone With The Wind at the landmark Grand Rex theater in Paris. Calling the move by the U.S. movie distributor “incomprehensible,” Riester promised to “defend the freedom to create and distribute works of art.”

“Warner Bros. is letting us know that they wish to cancel the screening of ‘Gone With The Wind.’ Thank you for your understanding,” the movie theater tweeted on Friday. The June 23 screening in Paris was going to mark the reopening of the French movie scene after three months of Wuhan coronavirus lockdown.

The announcement came after the screening service HBO Max, a Warner Bros. company, ‘temporarily’ canned the civil war epic, in wake of the protests following George Floyd’s death. The company claimed in a statement that the movie based on author Margaret Mitchell’s novel by the same name, “depicts some of the ethnic and racial prejudices.” The 1939 movie won eight Academy Awards, including the first ever for an African American actor going to Hattie McDaniel.

The Grand Rex cinema in Paris said on Friday it had been forced to cancel a scheduled screening of the 1939 classic amid a renewed controversy over the film’s racist content, a move France’s culture minister described as “incomprehensible”.

Writing on Twitter, French Culture Minister Franck Riester slammed an “incomprehensible and unacceptable” decision, adding that France “will always defend the freedom to create and distribute works of art”.

While the French culture minister expressed shock at the blatant purging of cinematic history, the mainstream media was reveling in the wave of cultural destruction unleashed in wake of the recent protests.

“‘Gone With the Wind’ is also a Confederate monument, but on film instead of stone,” The Washington Post argued. “[I]f we believe Confederate Monuments deserve to be removed, then we should understand and support the decision, because Gone With the Wind is essentially a cinematic Confederate Statue,” the Forbes magazine agreed.

“Let’s Topple the Racist Monuments of Culture Too,” a headline in the Esquire jeered. The move was “not a destruction of our history, but small steps toward bigger structural change,” the men’s fashion magazine educated its readers.

The cultural destruction is part of a coordinated trend. The “entertainment companies are re-examining the content they offer in the wake of nationwide protests,” the Wall Street Journal reported this week. The cultural establishment is cowering down under the pressure from the Regressive Left, if not actively joining them in the purge.

Those calling for the destruction of West’s cultural icons are comrade-in-arms of the violent mobs vandalizing the statues and monuments. Only by destroying the past, can they create their Leftist dystopia. As novelist George Orwell wrote in Nineteen Eighty-Four: “Every record has been destroyed or falsified, every book has been rewritten…every statue and street and building has been renamed, every date has altered.” This is the ultimate of aim of the authoritarian Left.

“A cinematic Confederate statue.” Simply unbelievable, the infantile and idiotic conceits that are published in WaPo. These fools must really pat themselves on the back, for contriving this crap. It’s beyond embarrassing, the total absence of any modicum of rationality, common sense or self-awareness. These narcissistic, self-congratulatory and sanctimonious idiots really don’t understand how their virtue-signaling stunts are nothing more than unabashed totalitarianism, re-packaged with a patina of alleged “social justice.”

A film for which a black American actress won the first Academy Award ever bestowed upon a black actor, is a “Confederate monument.” A film that shows the futility of the Confederacy’s struggle, and, the resulting destruction and death. These people are insane.

Jeff Bezo is the Dick Twitter Whisperer after all……

Gone With the Wind is an historical novel. Margaret Mitchell researched her history. I take Mitchell’s history is acceptable. Then any dispute would have to with the fiction. Yet Mitchell’s heroine, to wit Scarlet is clearly a fool. So in the eyes of a fool, Scarlet, the antebellum was some kind of pa paradise. So what is the problem.

It portrayed some white southerners in a sympathetic way. It made us sad when a plantation house was burning — at a time when we’re supposed to be cheering for the destruction of statues and the desecration of monuments.

Perhaps Trump could get a jacket with “Frankly, my dear, I don’t give a damn” on it, to match Melania’s “I really don’t care, do u?” coat.

“‘Gone With the Wind’ is also a Confederate monument, but on film instead of stone,” The Washington Post

WP has a lot of friends in strange places,

While they can’t sing it in Germany any longer, WP and friends can still sing it here,

Never buy electronic copies of anything (books, movies, etc). It is a little known fact that Amazon can remotely delete books from your Kindle without your consent or knowledge, and streaming services can similarly get rid of electronic media you own.

The Great Deplatforming, which dwarfs anything the Nazis did with their feeble efforts, has begun. The Nazis could only destroy what they got their hands on. The communists can reach into your electronic devices and destroy books and films.

because Gone With the Wind is essentially a cinematic Confederate Statue

Huh. And all this time I thought it was an advert for the virtues of burning Atlanta.

“[I]f we believe Confederate Monuments deserve to be removed, then we should understand and support the decision…”

You presume WAY too much, putain.

The sickness grows. It’s excesses will cause all to suffer. For what? Something far worse? What a bunch of idiots. If only they would not pretend to be better persons, but that’s the idiocy again. Hopefully, they are sending the right message and the people who are mostly silent will supply the vaccine.

It would certainly be embarrassing if the French managed to fight off an attack which has already defeated so many Americans.

They should screen into kf a Nation or Intolerance instead.

I really need to see what spell check gives me before I press the Submit button. Birth of a Nation.

Although, it begs the question, is spell checking a form of micro-aggression? In other words, “white-out supremacy.”

Then the only safe thing to say is: YOU ARE A WHITE SUPREMACIST IF YOU USE SPELLCHECK!! CONFESS!! DEPLATFORM!!

Once, there was an attempt to heal the wounds of the Civil War, to put it all behind us. Confederate war criminals weren’t hanged. Statues were put up and both sides acknowledged the strengths of their subjects and tried not to think too hard about their shortcomings.

Once, we wanted to be a nation of people who could get along and build a future together.

This is now seen as evil.And that is what will come from it.

Before all of this diversity nonsense, we had unity.

Heck. I think the country was more unified during segregation and restricted neighborhoods.

Of course it was. Everyone had American values, and understood what America had to offer them over every other country, despite segregation.

That is gone. Our corrupt schools saw to that. We have a generation and a half of marcissistic MONSTERS.

We worried they were ‘snowflakes’, but that was a distraction. They’re more like Pol Pot’s executioners.

It’s only a matter of time until we have to start shooting back to crush their oppression.

When islamists take over France, they’re going to destroy all film archives, so any reprieve is temporary.

Not a good sign when even the French are showing more backbone than Americans.

It’s probably easier for a French national minister to bull his opinion past his local press than it is for anybody anywhere in the USA. But that’s a whole separate humiliation.

Just finished watching “Neptune’s Daughter”, the movie with the Oscar-winning song “Baby It’s Cold Outside”. This is another movie the digital brownshirts want to set ablaze.

Gone With The Wind is a complex epic. Many consider it an American version of War and Peace. It is hardly a tribute to Antebellum South. It starts and ends with the decadence and vanity of the slave states, defeated in every respect. The only thing that survives is the nobility of a few, now freed, slaves that allow their friendships and love for some who do not appreciate it or deserve it, to transcend their plight.
It seems clear that not a single person at the WP understood the book or the movie. I am not sure a person there ever saw the movie or read the book.
This startling ignorance is actually very scary.

Jeff Bezos owns the Washington Compost–let us start a boycott of Amazon until he dumps its current hate America far-left management. Its deputy executive editor is a red diaper baby who recently wrote a book extolling his Communist Party parents as a model American family.