Consumer Spending Increased at Record 8.2% Pace in May

Consumer Spending Increased at Record 8.2% Pace in May

“…the Commerce Department said Friday, in what was the biggest one-month gain since record keeping began in 1959.” 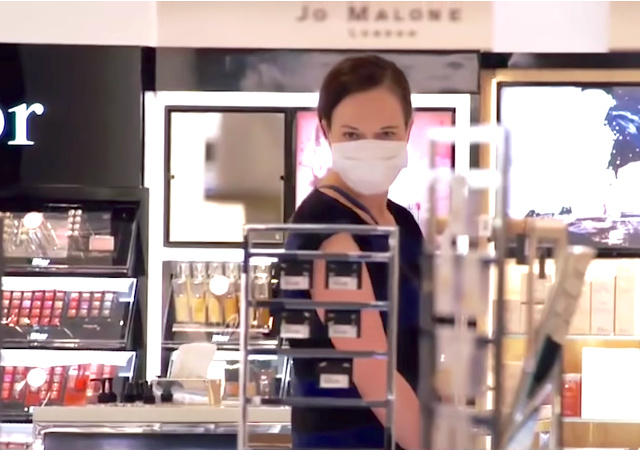 More good news for the economy! Consumer spending increased at a record 8.2% pace in May as states begin to reopen.

Consumer spending increased 8.2% in May, a sign the U.S. economy is growing again, but a rise in virus infections threatens the nascent recovery.

Personal consumption—how much Americans spent on goods and services—increased at a record pace in May from a month earlier, the Commerce Department said Friday, in what was the biggest one-month gain since record keeping began in 1959.

The increase suggests many Americans were eager to return to the marketplace after a two-month shutdown caused by the coronavirus pandemic—and a surge in federal stimulus money. Consumer spending represents more than two-thirds of economic demand in the U.S.

The report from the Commerce Department shows that people want to go out and spend money:

Janece Kleban, a 37-year-old small-business owner from Washington, D.C., took her first trip last month since the pandemic started—staying in a cabin in Virginia’s Shenandoah Valley. Last week, she drove to Maryland to get her nails done and hair styled for the first time since mid-March.

“I was clean enough to go into a surgical procedure,” she said. “I had the face shield, and the mask.” The salon also took her temperature and made her sign a release, she said. She said she recently told herself that this pandemic could last for up to another 18 months, and she is slowly trying to figure out how much risk she is willing to take.

The economy saw more people buying cars, applying for mortgages, and booking to eat at restaurants.

The Federal Reserve “lowered its benchmark interest rate,” which provided people an opportunity to borrow:

Mr. Theran opened five of the company’s nine stores in early June. In the roughly three weeks since, business has been solid, with same-store sales running about even compared with a year ago. The morning they reopened, four or five customers were waiting outside, eager to get in.

“People have been in their house so long, their perceived flaws in their home are enormous to them now,” Mr. Theran said. “Things they were only mildly annoyed by are suddenly unbearable.”

But will the spending continue to increase? Coronavirus numbers have also gone up. Texas paused its reopening phases due to the new cases.

Plus, millions still do not have jobs. Plus, incomes in households fell by 4.2% in May.

I’d go out and spend money…if I had any to spare. Being out of work since the first week of March with no job prospects on the horizon is not exactly uplifting.

The consumer economy of the United States was shut down, except for certain small segments of it deemed essential, in April. It reopened in the first half of May. And we saw a whopping big jump in consumer spending of 8.2%. No joke here, people. When the economy reopened, we saw only an 8% increase in consumer spending. Now, the consumer spending in June, when compared to April, might be significantly more. We’ll have to wait and see. But, the May numbers are hardly reason for a Happy Dance, where the economy is concerned.

So, the May jump gets us about a third of the way back to where we were in February.

In other news, guns and ammo sales skyrocket 80% yoy.