“China is stepping up efforts to internationalise the use of the yuan in Southeast Asian nations taking part in its Belt and Road Initiative.” 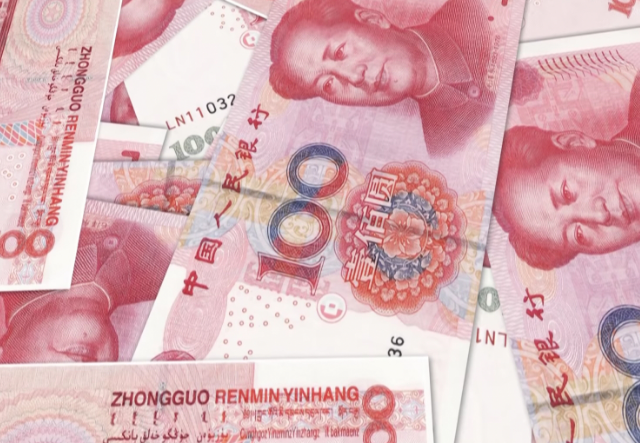 Communist China is using its growing economic clout to internationalize its currency. “Beijing is renewing its push to internationalise the use of the yuan in Southeast Asia under its globe-spanning belt and road infrastructure drive,” the Hong Kong daily South China Morning Post reported Friday.

Beijing will encourage the use of the currency in its ‘trade settlements,’ acquired as part of the ‘One Belt, One Road’ initiative, the Hong King Daily reported. China plans to set up a yuan-based global payment system and sign agreements with foreign government to this end, the newspaper confirmed.

The South China Morning Post reported the Chinese push to internationalise its currency:

Amid growing tensions between China and the United States, Beijing is renewing its push to internationalise the use of the yuan in Southeast Asia under its globe-spanning belt and road infrastructure drive.

China is stepping up efforts to reduce a reliance on the US dollar for bilateral trade with countries across the region, from Cambodia to Vietnam, as friction with Washington causes uncertainty in trade and financial markets for the world’s second largest economy.

Cambodian computer distributor Yako Technology this week conducted the first direct foreign exchange transaction between the riel and the yuan through Bank of China Hong Kong in Phnom Penh, the Chinese bank said in a statement. (…)

The region’s total cross-border yuan settlements exceeded 1 trillion yuan (US$142 billion) as of August in 2019.
China’s biggest payment apps WeChat Pay and Alipay have been making inroads in Cambodia, making it easier for Chinese tourists to spend money in the country. (…)

Boosting the yuan’s use in cross-border transactions within belt and road countries can be viewed as part of Beijing’s long-standing goal of internationalising the currency.

China has also encouraged use of the currency in trade settlements, set up a market in Shanghai to trade yuan-denominated crude oil futures contracts, developed a cross-border yuan payment system, signed dozens of bilateral yuan currency swap deals and even created its own multilateral bank.

China holds stakes in power grids, highways, ports and airports in at least 70 countries in Africa and Asia as part of its ‘One Belt, One Road’ project. Initiated by the country’s leader Xi Jinping in 2013, the multi-billion project helps Beijing expand its economic and strategic influence on host countries, many of them stuck in a Chinese debt-trap. These countries won’t be able to negotiate the terms of the ‘bilateral yuan currency swap deals’ or opt out of the Chinese payment system.

Globalizing yuan carries hidden risks for the global economy. Communist China is widely regarded the biggest currency manipulator in the world. The yuan is not subject to market forces, as Communist China sets the exchange rate. For decades, Beijing has kept the currency artificially low, making its export cheaper at the cost of other global competitors.

In August 2019, the yuan fell to a historic low. “China dropped the price of their currency to an almost a historic low. It’s called ‘currency manipulation’,” President Trump reacted at that time. The U.S. State Department labelled Beijing as a “currency manipulator” in response. The classification was dropped in January as part of the U.S.-China trade negotiations.

No Relief for Communists…..

It’s hard to get excited about a currency that’s pronounced “yawn.”

So… if the currency is controlled by their central bank… what’s the point of using anything blockchain-based for it? Is it just a way to fight counterfeiting — or is it a way to keep a permanent record of all transactions using the currency?

notamemberofanyorganizedpolicital in reply to clintack. | June 13, 2020 at 4:03 pm

It has been weaponized.

In principle, block-chain has no owners, but of course it all comes down to implementation. I doubt the CCP will implement such kind of block-chain technology where they have no control.

For example, encryption is supposed to be secure, but if I implement a secret backdoor in an encryption scheme, then it’s no longer totally secure.

This currency is not secure because CPP is insecure.

Who didn’t see this coming after the Wuhan flu??

This will be fully supported by the Democrat party, owned fully and completely by China. Just ask Joe, if he can remember what decade we are living in.

China is the enemy of this world. They infested the world with this Chinese virus, and more and more scientists are saying this was a manipulated virus. Expect more bio-weapon warfare from China. This is their push to control enriches to their economy.

And our Democrats are in bed with these bastards.

“And our Democrats are in bed with these bastards…”

It’s called: treason. And don’t let the rats of the GOP off the hook.
https://www.vanityfair.com/news/2019/06/elaine-chao-china-trip-foremost

Boehner is still slithering across the Earth: his corruption must be titanic and he should be brougth to justice no less than hillary clinton and obama.

Our way of life has changed in the past week, and it’s forever. It took years of careful planning by the swamp/left/islamic axis, and the complancency of people like us.

We need to accept our country will never be the same. Rather than fight for a “United” States that is 180 degree at odds with itself – and where no one will be happy – it’s better to start thinking about dividing it in two, where everyone will be happy.

I’m going to make one gram gold bars and put them in a laminated card the size of a credit card. Get real money so you don’t get stuck when the fake currency fails.

Their goal is to make the yuan the reserve currency, then all bets are off.

but, but, but, I thought trade imbalances were GOOD for everyone?