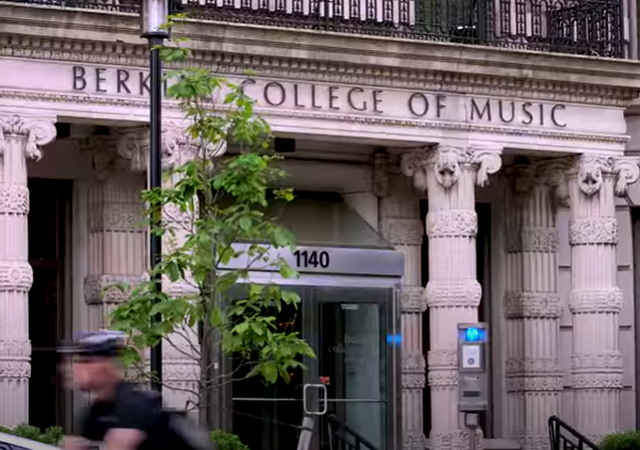 Berklee College of Music is located on Massachusetts Avenue, in the heart of Boston’s Back Bay neighborhood. During the protests for George Floyd, Boston police officers were posted near the school and were allowed to use the school’s bathrooms.

Now the school is apologizing for this.

College in Boston apologizes for letting police officers use its bathrooms

Boston’s Berklee College of Music is now apologizing for “perpetuating feelings of oppression, silencing, and marginalization” by allowing the city’s police officers to use its bathrooms.

The school’s public safety department, in a Facebook post, said Boston Police have been staging officers near the institution since a May 31 demonstration in memory of George Floyd. This past Sunday, officials let the cops use the Berklee Performance Center’s restrooms after an informal decision was “made on the spot.”

“We have heard from many of you personally and across social channels of your hurt and anger that this access was permitted, especially as the facility is not currently open for students and members of our community,” the statement read. “Allowing police officers into the space was in no way meant to undermine Berklee’s support for Black Lives Matter.

“We understand that many members of our community feel betrayed. We are deeply sorry for the impact this had on our community and for perpetuating feelings of oppression, silencing, and marginalization,” it continued. “We will make a more concerted effort to consider the effects of our actions.

Here is the full statement the school put on Facebook:

The comments from Facebook users overwhelmingly support the Boston Police Department and denounce the school for bowing to the mob.

People are talking about this on Twitter as well:

Here’s Berklee’s President, Roger Brown. While Boston & State Police were keeping Berklee College of Music from being looted & burned down, a security officer let the police use their bathrooms. Mr. Brown had a problem with this act of civility!
Next time BPD, let it burn! pic.twitter.com/gO0Kfvztvn

Ashamed of the college I attended in the 70’s. Imagine having to apologize for letting the police use the restrooms… INSANITY!
https://t.co/Yku2e09UOX

And who will the Berklee College of Music call when rioters surround it and start burning it to the ground? Do they have a music performance planned for that occasion? https://t.co/hihBqsmugb

You would think that a school which houses millions of dollars worth of state-of-the-art audio equipment would be more appreciative of local law enforcement.

I guess they’d prefer to see people shit in the street like the “occupy” scumbags do?

Watching so many people cower down to this fascist woke-scold mob is disgusting. I knew there were a lot of sniveling pussies in this country, but I had no idea how many.

Just stupid. Can these fools ever just ignore cranks and complaints?

along with north texas(jazz), eastman school and juilliard itself, berklee is a premier MUSIC school for the performing ARTS

why on earth should a school with such prestige give the remotest damn about twitter/facebook idiots’ causes du jour?

no doubt some quota-hire, diversity coordinator is responsible for this kowtow

shameful and far below the dignity of such an institution

The Dhimmi-crats obnoxious totalitarianism has infected every sphere of American society, now. Academia, the media, corporate boardrooms, the entertainment industry, houses of worship — nothing has been left untouched by the Dhimmi-crats’ vicious ideology of hate.

Amen. Oberlin used to be in that league, as well.

To their credit, though not Ralph Brown’s, Berklee accepts all applicants for the first year and gives students a chance to sort out their skill level and interests.

North Texas is THE STUFF!

they can hire their own security force

This is insane. When will the Dhimmi-crats’ infantile, thuggish, jackbooted, obnoxious and dangerous totalitarian madness end?

Not one of these miserable Dhimmi-crats in academmia, in the media, in corporate America, in the Dhimmi-crat Party, possesses the moral probity, the courage and the intestinal fortitude to stand up and say, “Enough!,” to the mob. No one is capable of saying, “We will advocate and support police reform, while supporting our police, and, opposing violent and destructive acts from any party.” No one can do this.

All this kowtowing is how South Africa ended up with Mandella and Rhodesia got Mugabe.

Indeed. And what happened next? Genocide, but not the nasty “whitey is the source of all evil” variety we always hear about. White genocide along with a full-speed race to economic ruination.

And hunger. Agriculture has been hurt as well.

WTH?!?….why are we allowing these evil clowns to decide anything??!!!??

Police should respect the wishes of Berklee College and its students.

“We don’t serve your kind here” or “X only bathroom”…. now where have I heard this before.

After decades of fighting against all the things white racists did, the Left now embrace. Segregation, “separate but equal”, advancement by skin color (birth) alone, voter suppression and vote fixing. Now requiring taking a knee… to bow down and submit.

So as one astute writer put it, BLM and it’s allies don’t object to national sovereignty, borders, border controls, violence against a lower class, an upper class with all the power and influence — they just want to be the upper class instead of whites.

So, they aren’t really opposed to all the things they criticize, they just want to be in charge of them all….

Not that Cal Berkeley isn’t worthy of ridicule, but that’s not the school mentioned in this article.

I used to walk by there nearly every day on the way to work. The students show every appearance of being educated to be homeless street musicians. Boston is a pretty left wing city, but Berklee is the one of the furtherst left outposts there.

Who cares who uses the bathroom, right? I’m sure they would welcome a tranny to use whichever bathroom they like.

Either one side will conquer and force the other to submit, both sides will destroy each other, or we will separate peacefully or otherwise. All it takes is one side deciding it is over, and it is over. Staying together requires both sides cooperate. Be ready.

Subotai,I don’t advocate a return to the days of black men stepping into the gutter to let the white lady pass, or laws REQUIRING stores be white only.

What I do advocate is a return to the days of freedom of contract. Allowing the merchant, landlords,
restaurateur, innkeeper, or employer to decide who they trade with, serve, house, or employ. There should be no need to even discuss it.

Fortunately for our side, one major rat is dead.(How is hell, Mr. McCain?)

It’s illegal to discriminate by color: blue, orange, or other.

A normal person would welcome the police when other properties are being destroyed.

When I worked at McDonalds as a teanager, the cops ate for free. The owner liked the police presence.

(Athough my McDonalds was not in Chicago, the Chicago police were there everday.)

Burn the place down.

Then the police should throw a parade in front of it while the place still smolders….

Could we please cut off all federal assistance to these morons? Colleges can trash normal Americans all they want, but they should not be allowed to do it while benefitting from student loans and federal grants and all. You want to go to this shithole, do it on your own dime. Also, strip them of their tax-exemption and tax them like any other business.

An end to taxpayer-backed student loans would be welcome. The grievance studies departments would close up overnight.

From now on, anyone passing Berkley School of Music: urinate on it.

Select BPD staff should make a trip to Berkley and leave a mass protest in the form of multiple BMs on the front step of the main building. Their excuse? They told us we couldn’t use the restrooms, so…