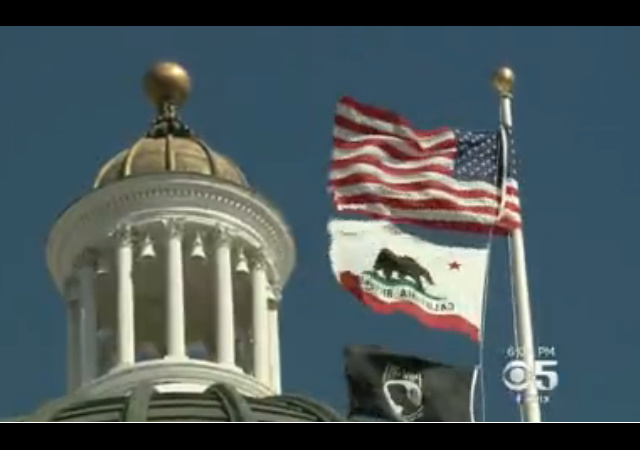 Yesterday’s update featured the young and rich fleeing the lockdown-hit metropolis of New York City, leaving it to the cannibal rats.

Today’s update will start with a look at the dire economic conditions on the West Coat, which is the direct result of the continued lockdown.

…California was the first state to shut down to counter the coronavirus and has avoided the staggeringly high infection and death rates suffered in the Northeast. But the debilitating financial costs are mounting every day. California has an estimated unemployment rate above 20 percent, according to Mr. Newsom — far higher than the 14.7 percent national rate and similar to the estimated rate for New York State, where the virus has hit the hardest.

In Los Angeles, with movie productions shut down, theme parks padlocked and hotels empty, things are even worse: The jobless rate has reached 24 percent, roughly equal to the peak unemployment of the Great Depression, in 1933.

“Economic free fall,” is how Tom Steyer, the former presidential candidate, described it. He is heading the state’s economic recovery task force, a group of business leaders, labor activists, economists and former governors who have begun meeting to plot a way out.

California faces a daunting budget deficit of $54 billion, which could force painful cuts to schools, social programs, health care and road building. And the state was the first to borrow from the federal government to finance its $13 billion in unemployment claims….

The New York Times piece takes an in-depth look at the lockdown’s impact on tourism, the wine industry, and strawberry production. The conclusion is that the pandemic will reshape the state’s economy.

“The world has just fundamentally shifted,” said Rick J. Caruso, a real estate developer in Los Angeles, who sits on Mr. Newsom’s task force. “Consumer habits, how we live our lives — there will be fundamental shifts.”

He believes it will be a long time before employment levels bounce back, adding, “I think businesses are going to hire back far fewer people than they let go.”

At least we don’t have cannibal rats: Ours are merely infected with typhus.

Top Norwegian health official: We could have controlled coronavirus without a lockdown

Norway is also rethinking the coronavirus response choices it made.

A top health official in Norway said the country could have brought the coronavirus outbreak under control without a lockdown and urged the country not to lock down if a second wave hits.

“Our assessment now … is that we could possibly have achieved the same effects and avoided some of the unfortunate impacts by not locking down but by instead keeping open but with infection control measures,” said Camilla Stoltenberg, the head of the Norwegian Institute of Public Health, according to the Local Norway.

The agency determined that the virus reproduction rate had fallen to as low as 1.1 even before the country locked down on March 12, which suggests to her that extreme measures like closing schools were not necessary.

“The scientific backing was not good enough,” Stoltenberg said about the decision to close schools.

Stoltenberg added that the reaction to a potential second wave of the virus should not be as strict.

I suspect Americans will fight any attempt for another lockdown if there is the dreaded “second wave.”

Dr. Anthony Fauci says a second wave of coronavirus is ‘not inevitable’

It’s a good thing, then, that a second wave may not happen.

A second wave of the coronavirus outbreak in the United States “could happen” but is “not inevitable,” White House health advisor Dr. Anthony Fauci said Wednesday.

The U.S. can prevent another wave of Covid-19 as long as states reopen “correctly,” Fauci said Wednesday morning in an interview on CNN. “Don’t start leapfrogging over the recommendations of some of the guidelines because that’s really tempting fate and asking for trouble.”

Disney World is slated begin reopening in July, with theme parks around the U.S. seeking to welcome back visitors as states begin to lift coronavirus restrictions.

Magic Kingdom — the most attended park — and Animal Kingdom will reopen their gates on July 11, with Epcot and Disney’s Hollywood Studios opening for business on July 15. The massive resort system has been closed since March 15 due to the coronavirus pandemic.

It is not yet known when the California-based Disneyland will be back open for business.

Los Angeles officials fed up with locals tossing their unwanted masks and gloves on the ground during the coronavirus outbreak are asking the city’s Bureau of Sanitation and Attorney’s Office to find new ways to crack down on offenders, ranging from increased penalties to expanded enforcement, a report says.

“This littering is not only disrespectful of others, it is dangerous to others, especially the workers who end up cleaning up the contaminated items,” Councilman Bob Blumenfield was quoted by City News Service as saying.

“So during this pandemic, I think it makes good sense that we enhance the penalties and we make a strong statement that it is unacceptable to throw your gloves and masks willy-nilly on the ground,” he added.

to counter the coronavirus and has avoided the staggeringly high infection and death rates suffered in the Northeast.

“In the Northeast” is a rather disingenuous way to say “New York City”.

Hard to believe but absolutely true, the death count in nursing homes here in Massachusetts is 60%, far above the 40% rate in NY. Thanks to our RINO Governor.

As well as ignoring the fact that the ‘staggeringly’ high infection rates were due to Cuomo shipping Covid positive patients into Long Term Care facilities for the elderly.

Gee, I thought Tom Steyer said that “climate change” was the most important issue of our time. What happened?

This time the economic climate… of course the solution will be more socialism as that always works…in theory. Cali will make it more expensive for the middle class … there are not enough “rich people” to pay all the bills and keep supporting the protected classes of future voters who have lost their documentation. Economic solvency is not the goal. One party supremacy still is.

The CA state is the new EU.

…..End of the Euro Due to Coronavirus

rabidfox in reply to notamemberofanyorganizedpolicital. | May 28, 2020 at 6:33 pm

But union and political kickbacks are still their first priority.

There’s only one way to fix this problem in California: Give more benefits to illegal aliens and let them vote in all elections.

“Dr. Anthony Fauci says a second wave of coronavirus is ‘not inevitable”

A nasty second wave is far more likely if we continue to attempt to contain the virus.

The longer we delay the development of immunity throughout the general population, the more likely we are going to a rebound of the virus during the fall. Better to allow the immunity to develop during the spring & summer when viruses tend to be weaker ( a lower viral loads) and therefore better to fight off the infections while developing immunity.

Exactly. We should lock up the old people, WuFlu parties for the rest. We will have “waves” until about 80 percent have had it.
Pay me now or pay me later.

they already had wuhan flu parties for the elderly, see the number of deaths in ecf, I wonder how many of them were failure to treat cases.

After an outcry from the left, he later clarified that “Drug needles and human waste are still perfectly OK to deposit on the streets and sidewalks.”

Does anyone else notice that the “esteemed” Dr. Fauci issues carefully worded statements that puts him any side of any issue?

I may or may not have observed that about Dr. Fauci. 😉

If you want to convince me you don’t know WTF you are talking about, tell me ANYTHING about the virus and tell me you are a medical expert.

Nancy Pelosi: ‘Every Crisis’ Including Coronavirus Is an Opportunity to Advance Leftist Agenda

Our Lt Gov., a far left anti-gun zealot, is also a doctor and a good one. This virus brought out the professional in him and he is not happy. Says air travel should have been resumed between islands 10 days ago, the economy should be far more open, masks are near useless because we have no COVID in the community. Says he is getting lots of push back…and we know the Gov. barely talks to him. It looks like our Lt did not get memo that we are supposed to destroy the economy so Trump is not re-elected.

notamemberofanyorganizedpolicital in reply to puhiawa. | May 28, 2020 at 1:31 pm

How much are Hawaii’s tax revenues down?

puhiawa in reply to notamemberofanyorganizedpolicital. | May 28, 2020 at 5:53 pm

Estimated $1 to 2 billion. And our Gov seems paralyzed.

That doesn’t seem like very much given how important tourism is to the economy there.

How will your governor manage to punish the taxpayers while still protecting cronies and supporters?

Unemployment on Maui is almost 40%. Mayor says he wants new economy to be high end tourism (get rid of middle class rid raff) and sustainable agriculture. Look for thousands of young families many from multigenerational Maui families to be forced to relocate to the mainland to earn a living. The good news is that public sector retirees from blue states with 6 figure pensions are going to be able to get properties cheap as will Chinese investors.

notamemberofanyorganizedpolicital in reply to Mauiobserver. | May 28, 2020 at 3:48 pm

Meanwhile, the governor said he planned to do the same. “I’ve told the mayors that my intention is to extend the safer-at-home mandate through the end of June,” Gov. David Ige said, in a livestream on Facebook. “Certainly, we will be extending the 14-day mandatory quarantine for all travel into the state till the end of June, but there are other businesses and activities … that are medium-risk activities that we’ll look at reopening.”

I’m waiting for AZ to report a sharp spike in economic activity over the weekend and how much of it was due to Californians like me evading house arrest to travel their to exercise our constitutional rights.

There was talk about quarantining New York City, but nothing every came of it. New York at one point had one third of the U.S. COVID-19 cases. https://news.yahoo.com/york-city-one-third-u-220858155.html

Australia has significant restrictions on travel between Australian states. No such a bad idea.

“LA officials want to up fines for glove and mask littering.” This is the city that has no problem with human feces and/or used needles on the side walks and in the public parks?