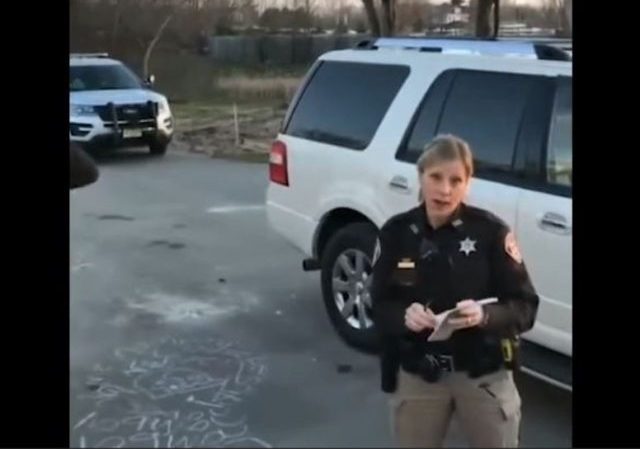 One of the more interesting lockdown lawsuits is a suit brought by the Wisconsin Legislature contesting the state’s lockdown order.

We covered the case in Wisconsin Legislature sues to stop Governor’s Stay-at-Home Order:

Notice the focus on statutory executive authority and procedural requirements, which may be an important avenue to be pursued in similar lawsuits.

Here is an excerpt from the Introduction:

Purporting to act under color of State law, an unelected, unconfirmed cabinet secretary has laid claim to a suite of czar-like powers—unlimited in scope and indefinite in duration—over the people of Wisconsin. Per her decree, everyone in the State must stay home and most businesses must remain shuttered (with exceptions for activities and companies arbitrarily deemed “essential”). These restrictions apply not only to metropolitan areas with more COVID-19 cases but also to rural counties with few or no known cases. Just as troubling, the Secretary asserts that her go-it-alone shutdown authority has no expiration date—making it greater than even the Governor’s emergency powers. To be sure, Emergency Order 28 says it terminates on May 26, but nothing suggests that it won’t be extended again. Perhaps it will even run into 2021. In any case, by the time the Secretary sees fit to lift her decree (be it in five weeks or eight months), many Wisconsinites will have lost their jobs, and many companies will have gone under, to say nothing of the Order’s countless other downstream societal effects. Our State will be in shambles….

Incredibly, the Secretary took this unprecedented action without following any of our State’s requirements for rulemaking, while also intentionally waiving any reliance on the Governor’s emergency authorities, set to expire before this Order. If a single bureaucrat can evade the controls and accountability measures that the Legislature has enacted to control agency overreach simply by labeling what is obviously an emergency rule a mere “order,” then all of the reforms that the Legislature has put in place, and which this Court has interpreted and enforced over the years, are a meaningless, dead letter—in their most consequential application….

The Legislature respectfully requests that this Court issue an order temporarily enjoining enforcement of Emergency Order 28, because it is an improperly promulgated rule under Wisconsin Statutes § 227.24, and because it exceeds the Department’s authority under § 252.02 and is arbitrary and capricious in violation of § 227.57(8) to the extent it confines all residents to their homes, prohibits all private gatherings, broadly restricts travel, and closes all businesses deemed nonessential….

We saw a climpse of how pervasive the lock down has become when police confronted a woman on her porch because a neighbor reported that she was allowing her child to play at a friend’s house.

The state filed an Opposition (pdf.) to the Petition and Motion for Injunction, and the Legislature filed its Reply (pdf.)

IT IS ORDERED that the Emergency Petition for Original Action is granted and this court assumes jurisdiction over this action as to only the following issues:

1. Whether the Department of Health Services (the Department) violated Wis. Stat. § 227.24, governing emergency rules, by issuing Emergency Order No. 28 without complying with § 227.24’s procedures; and

The Court scheduled Oral Argument for 10 a.m. on Tuesday, May 5.

IT IS FURTHER ORDERED that the court will hear oral argument in this matter at 10:00 a.m. on Tuesday, May 5, 2020. Due to the COVID-19 pandemic, oral arguments before the court will be conducted via videoconferencing. The hearing room will not be open to the public. The public may watch proceedings on the Wisconsin Eye website. Counsel in this case will receive instructions from the Clerk’s Office prior to the date of the oral argument regarding the procedures for appearing remotely; and

IT IS FURTHER ORDERED that the petitioner and the respondents shall each have forty-five minutes of oral argument time. In addition to addressing the two issues set forth above, the parties may, in their discretion, also address whether a temporary injunction should be issued;

This case is significant because, as pointed out at our Live Event on Sunday, April 26, contesting the legislative and statutory authority of the executive branch as to arbitrary and oppressive conditions is more likely to succeed than a constitutional argument against health measures related to fighting the spread of an infectious disease.

Of the top of my head, it’s hard to see how the Legislature loses.

If it goes in front of an Orange Man Bad judge.

It’s not going before a random judge; it’s going directly to the supreme court, which even after the unfortunate election result still has a majority with its head on straight. It’s hard to see how it loses. And the governor isn’t going to be able to defy a supreme court order.

It’s not the senate, it’s the supreme court. Hard to see how they ignore that.

Some guy in Michigan went to some lower court. Idiot judge said sure their Constitutional were being violated, but it was ok because chinese flu.
Hopefully the repubs lawsuit is filed a bit more intelligently.

Emergency powers need statutory authority. Emergency or not, no public servant is empowered to do what Palm has done.

Just like there is no justification for Dictator Cuomo to practice medicine without a license and order that hydroxychloroquine prescriptions are forbidden to be written for covid patients because Orange Man Bad.

I hope the legislature wins this. This is needed to light a fire under other states that are not saddled with leftists in their legislative branch. Unfortunately, NY wouldn’t dream of doing this against the “beloved dictator Cuomo”.

One thing I’ve noticed with many of these police officers who enforce these draconian rules which appear to be unconstitutional, they all have an odd look, like they are not fully formed mentally.

I applaud the police who stand up against these orders by the governors, standing for the Constitution.

“One thing I’ve noticed with many of these police officers who enforce these draconian rules which appear to be unconstitutional, they all have an odd look, like they are not fully formed mentally”

Mike McDaniel, who spent several years as a police officer, has said several times on his blog that many/most police departments will not hire anyone who is “too” intelligent because they will get bored with the job. In the community where I live, a progressive mayor was elected and the apparent quality of individuals being hired seemed to decline (standard had to be lowered because we weren’t getting applicants) while salaries were being increased. This gives you LEO’s that are just intelligent enough to understand they follow orders or probably won’t be able to get another job making half what they are getting “to just follow orders”.

The community in which those cops live needs to educate the cops. They need to be made to understand how out of line they are. They need to know that they are not allowed to be little brown shirts, no matter how much they enjoy power. Their friends and families need to tell them that they have shamed themselves and their community. If they don’t change their behavior, they need to be shunned. We are all responsible for how our public servants behave and have the duty to discipline them when, like here, they go full totalitarian. No violence, no civil disobedience, just social punishment and ultimately, political punishment.

notamemberofanyorganizedpolicital in reply to SeekingRationalThought. | May 1, 2020 at 11:16 pm

Lucifer Morningstar in reply to SeekingRationalThought. | May 2, 2020 at 9:57 am

I would have loved to have been the one dealing with those two cops. I simply would have told them to get off my property until they could show me a valid, legal warrant. Not tell me about an illegal order but a valid warrant that outlines the exact law that they allege I was violating and signed by a judge.

“ … Governments are instituted among Men, deriving their just powers from the consent of the governed,

That whenever any Form of Government becomes destructive of these ends, it is the Right of the People to alter or to abolish it, and to institute new Government …”

Hopefully they’ll succeed and then Wisconsinites will vote Evers out of office at the next opportunity.

He has three more years.

I seem to remember Wisconsin has something called “recall.”

It does, but given the election results just a few weeks ago it’s not likely to succeed, and could create a huge backlash.

Nothing says that crime has been eradicated like sending two Deputy Sheriffs to regulate children’s play dates.

notamemberofanyorganizedpolicital in reply to amwick. | May 2, 2020 at 9:58 am

It’s well past time for open and widespread civil disobedience. They can’t arrest everyone.

The problem in Wisconsin is that Governor Evers handed power over to Fake Doctor Andrea Palm. Palm was not approved by the Wisconsin State Legislature and answers to no one.

Palm is Power Mad and issues decrees that she claims must be followed. The local Gestapo, like that Deputy trying arrest the Mom, has followed Palm’s orders without question.

Wisconsin is a complete confused mess.

Delegation of powers typically is on a tight rein legally. This suit sounds very promising, indeed.

She doesn’t answer to no one, she answers to Evers.

An emergency isn’t forever. Eventually, pretty quickly, it becomes just a condition, and we bake in however much mitigation seems right.

Really, the Kung-flu should never have become the emergency it has, at least three ways: contingency build into everyday living, should have seen it developing had we been watching, and we ought to be out of it by now.

— Pandemics happen. New viruses emerge with or without help from the CCP. Mitigations n t-ed up resonses ought to be in place at world, national, community, n individual scales. (I didn’t have to worry about minor food supply distuptions; indeed had masks n isoproply on hand.)

— In a world where looking unprotected at one ad for *whatever* has push-ads for the one thing following me around for the rest of time … knowing there’s a new bug in town is trivial. They don’t need any new tracking systems (they just want them.) Every med purchase, doc contact, n more is captured n tracked somewhere already.

— Wear a mask n sanitize is a small mod to how you live. Early detection with course-of-disease mitigations takes care of the rest; the medical delivery system gets stomped on every time they come up with a notion to try.

Women, quit flattering yourselves. You’re just as human – and just as liable to err- as any man.

And women seem to believe in “the rules” more than men. They seem to love flaunting their ability to use power (not right), to tell others what to do.

Men do it, too, but this copette does take the cake. “Attitude doesn’t break any law.