Reade seems to be serious in her legal pursuits. She retained Douglas Wigdor, a “high powered Manhattan attorney.” 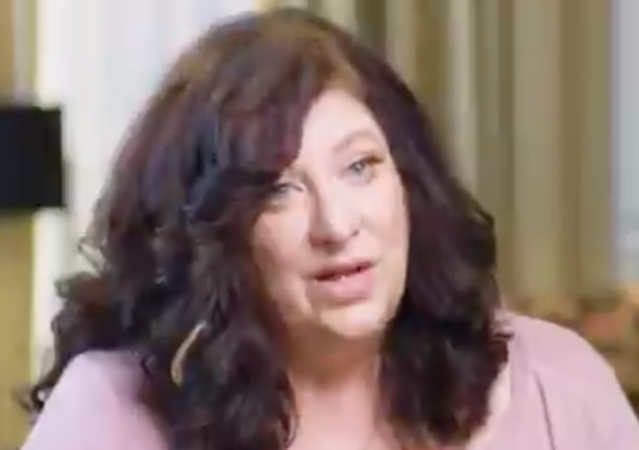 Tara Reade, the former Biden staffer who accused Biden of sexually harassing her in 1993, joined Megyn Kelly for an exclusive interview which was published Thursday.

In the interview, Reade called for Biden to drop out.

MK EXCLUSIVE: #TaraReade responds to #JoeBiden; calls for him to drop out pic.twitter.com/jxHAUYaWVU

MK EXCLUSIVE: Will Tara Reade go under oath or take a polygraph? pic.twitter.com/aBXohhg14n

A court filing from 1996 recently made public, shows Reade told her ex-husband of the alleged sexual harassment in 1993. The Tribune in San Luis Obispo has more:

A court document from 1996 shows former Senate staffer Tara Reade told her ex-husband she was sexually harassed while working for Joe Biden in 1993.

The declaration — exclusively obtained by The Tribune in San Luis Obispo, California — does not say Biden committed the harassment nor does it mention Reade’s more recent allegations of sexual assault.

Reade’s then-husband Theodore Dronen wrote the court declaration. Dronen at the time was contesting a restraining order Reade filed against him days after he filed for divorce, Superior Court records show.

In it, he writes Reade told him about “a problem she was having at work regarding sexual harassment, in U.S. Senator Joe Biden’s office.”

It appears to be the only written record that has surfaced from the time that substantiates Reade shared her account in the years following the alleged incident, though a former neighbor came forward last week about similar conversations she said she had with Reade in 1995.

Reade seems to be serious in her legal pursuits. She retained Douglas Wigdor, a “high powered Manhattan attorney.” 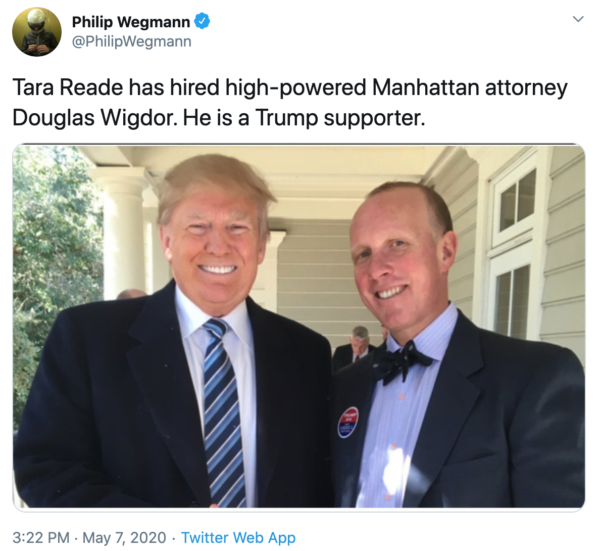 biden has bigger problems than Tara Reade, he was in on the framing of General Flynn. biden is a coup co-conspirator along with his former boss, barac obama!!! They ran a coup against PDJT!!! It’s all coming out!

Wake me up when we have an indictment of someone whose name I have heard of.

Treason is punishable by death. This Kabuki bullshit is getting tiresome.

Not meaning to nit-pick, but it really would fall under sedition. I believe the penalty is the same, though I doubt we would see any of these conspirators end up with that sentence.

I think that is a given that no one will receive a sentence like that. I would be awe struck if anyone got anything beyond a verbal reprimand for any of what happened. I’ve totally lost faith of anyone in government doing what’s right by the American people anymore. If you or I did what these bottom feeding bastards did, we’d never see daylight again. They’ll come out of it totally unscathed and will profit from the experience. The swamp dwellers look after the other swamp dwellers.

First of all, what makes you think Biden was involved? But in any case it is neither treason nor sedition. Those involved in this frame-up broke the law and should be charged, but calling it treason or sedition is just as ridiculous as calling it bigamy. It doesn’t resemble those crimes in any way.

1. I never said the words “treason” or “sedition.”

3. The newly released Spygate transcripts detail WHAT WAS DISCUSSED IN THAT MEETING AND BY WHO.

4. Please get educated on Spygate, Fisagate, the railroading of General Michael Flynn and all related issues. This is the biggest scandal in American history, and you’re not even aware joe biden was read in on all of this illegality? C’mon, man.

CKYoung, note to which comment my reply was addressed. You didn’t say treason or sedition. Paul said treason and oldgoat said sedition.

And the fact that he was aware of the call doesn’t mean he was involved in the conspiracy to frame Flynn.

notamemberofanyorganizedpolicital in reply to CKYoung. | May 8, 2020 at 12:03 am

I recommend an ancient Chinese cure for that.

If Biden is dumped from the ticket, it won’t be because of Tara Reade’s allegations. The MSM/DNC axis could not possibly care less about rape and sexual assault unless it can be wielded as a political weapon. Biden could rape a dozen children while wearing a KKK hood on live national TV and it would not cost him a single vote.

But if the MSM/DNC axis believes Biden will lose in November, then he will be out in a microsecond – evidence or no evidence.

Sexual assault is not a dis-qualifier for Dem candidates. That was handled in 1992 when they nominated and elected Bill Clinton. Those ladies accusing him of earlier assaults (while he was Atty General or Governor of Arkansas) were vilified by the Clinton camp being called “trailer trash” and “bimbos”; HRC was in charge of the “bimbo eruption program” for the campaign. Ms Reade had a front row seat to what happened to women who reported assaults by the “big guys”. And then people today ask why she did not call the police. 1992 is why.

Why she still considers herself a Democrat puzzles me.

The trouble is the #MeToo movement, Biden is already losing support over this issue. Back in Clinton’s crime spree we didn’t have “believe all women – regardless of the validity and solidity of their claims”.

Losing some of the feminist vote over this issue becomes problematic when added to the BernieBots who might not vote for him and the falling black voters. Hillary didn’t get full black support, but far too many women voted for her despite her attacking the women who Clinton molested and raped.

This seems to be growing some legs. Not sure if it is enough to get dementia Joe to drop out. Heck, he seems to think he already won the office on some days.

As far as I can recall, nobody until Juanita Broadrick accused Clinton of sexual assault. The accusations were mostly just of fornication, and some of harassment, not assault. In fact when Broadrick made her accusation many people didn’t believe her because what she described seemed so out of character for him; even his detractors perceived him as a philanderer and a boor, not as a rapist. Broadrick’s account changed all that.

Jennifer Flowers in 1996, Katherine Willey in 1998. Paula Jones 1999. I was in Arkansas at that time. Lonoke, Jones’ hometown was just down the road a piece. Everyone in Arkansas knew that Slick Willy was a predator – but no one wanted to go against the Clinton Crime Family.

There was never any suggestion that he assaulted Gennifer Flowers. By her own account their affair was completely consensual, like every other affair he’s known to have had.

Kathleen Willey did make her sexual assault allegation a year before Broaddrick alleged rape. Thank you for reminding me of that timeline.

Paula Jones, of course, made her allegation in 1994; all the other allegations arose out of her lawsuit. But she did not allege sexual assault. As far as I know, to this date Willey and Broaddrick are the only ones to allege assault (and in Broaddrick’s case rape).

Everyone knew he was a lecher. Few knew that he was also a predator.

… because getting in the way of the Left’s drive for power is the only really inexcusable crime in their eyes.

As an old friend liked to say, “What goes around, comes around.” Gropey Joe appears to be learning that lesson and may get a deeper education in the concept at the Russian Hoax continues to unravel. Will be entertaining to see who else gets winds up in the Schiff.

It’s fun watching the dems hearing the footsteps and turning around to look for a change.

Reade seems to be serious in her legal pursuits.

I must have missed something. What exactly is she pursuing?

“Reade’s then-husband Theodore Dronen wrote the court declaration. Dronen at the time was contesting a restraining order Reade filed against him days after he filed for divorce, Superior Court records show.”

That description of Reade’s interactions with her husband does NOT jibe with her description.

“In the coming weeks, Tate threatened to kill himself, Molly, and me if I left. Then, one night in February, he almost succeeded. Another inconsequential fight escalated and he slammed me against the wall repeatedly….The next morning, the red marks on my body had become bruises. I went to work hoping the cover-up and scarf would conceal Tate’s handprint outlined clearly on my neck. My coworker, . . .walked me into the victim/witness program at the District Attorney’s office. Our freedom began with pictures of my face, neck, back and a restraining order. The divorce began and a custody battle ensued. Tate pled guilty to assault. Tate’s late night stalking became so bad we had to leave the state. His parental rights were terminated in court. I received news that Tate’s DNA was collected by the FBI for two missing women’s cases because he was a “person of interest” – Tate’s profile was that of a sociopath.”

But in reality “Tate” filed for divorce and only after that filing did Reade file for a restraining order.

Was “Tate” really considered a “person of interest” as a sociopathic killer by the FBI? How can anyone separate fact from fantasy in Reade’s accounts?

I’m not challenging Reade’s accusation but, I cannot get past her initially saying “out of respect” she would not file charges against the man who had sexually assaulted her. What person “respects” their attacker?