Branco Cartoon – All Jacked Up

Branco Cartoon – All Jacked Up

and no place to go 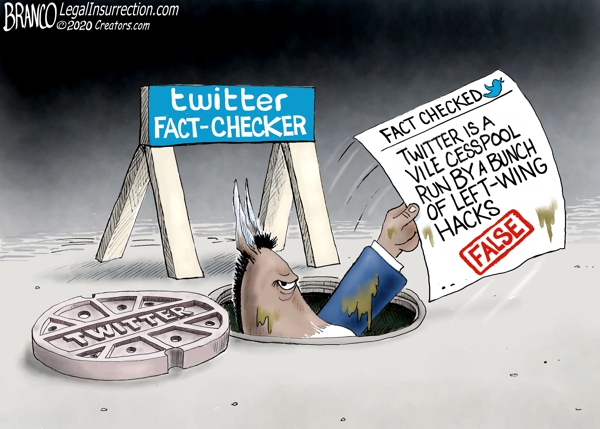 Perfect description of their “business” model…..

Whistleblowers at Facebook have filed a complaint with the SEC alleging that the company was aware of illegal activity on its platform, yet failed to notify the proper authorities, according to a report in the Washington Post.

According to the report, the illegal activity took place on both Facebook and Facebook-owned Instagram, and included the sale of opioids and other drugs, as well as images of child sexual abuse.

The complaint, which was obtained by The Washington Post, includes dozens of pages of screenshots of opioids and other drugs for sale on Facebook and its photo-sharing site Instagram, with some having seemingly obvious tags such as “#buydrugsonline.” It also notes that Facebook has a pattern of taking down content when it is pointed out by media or activists, only to have it reappear later.

In a sworn statement, the whistleblowers, who include former moderators at the tech giant, said that the material for sale on Facebook-owned platforms included child pornography…

This is what happens when you allow the Communist Chinese to buy stock in U.S. public corporations.

Well, Mr Branco, you hit that one out of the park! Well Done, Sir!

Fact Checkers are made up of the people who need to be fact checked. They are a group of journalists who write the propaganda they then look to defend.

Cozy job. And they are self titled.

Fisher Man
I was taught growing up that it was a terrible thing that the Nazi’s burned books. Now we’re doing the same thing in the U.S. by deleting posts. Does the left see it, do they care or are they really that evil?

Another excellent and spot on piece Mr. Branco!

This is supposedly the EO about Censorship..

…Twitter…“interfering in the 2020 presidential election,” ….

A report in the Wall Street Journal last week claimed that the White House was preparing executive action on big tech bias in the form of an official panel that will review cases of anti-conservative bias from Silicon Valley companies.

If you’re looking for an alternative to Twitter, a great deal of people are switching to “parler”. Check it out you’ll be in good company.

Yeah, “Parler. They claim to not censor their service and support free speech but then right in their TOS state they reserve the right to (and I quote):

9. Parler may remove any content and terminate your access to the Services at any time and for any reason or no reason, although Parler endeavors to allow all free speech that is lawful and does not infringe the legal rights of others.

And yes, I understand that illegal content needs to be removed (eg. copyright violations) but the “anytime, any reason or no reason” clause seems a little excessive to me and is just ripe for abuse at some point in the future.

All we can do at this point is to try alternatives and show our support for those sites that we feel are best. Through supporting their sponsors and participating (responsibly) in their fight for free speak. It is a free market economy after all.

The announcement, in Politico’s Playbook morning newsletter, comes on the heels of Twitter beginning to “fact-check” President Trump’s tweets on mail-in voting, as leftists are trying to push for mail-in voting in November.

“Of all tyrannies, a tyranny sincerely exercised for the good of its victims may be the most oppressive. It would be better to live under robber barons than under omnipotent moral busybodies. The robber baron’s cruelty may sometimes sleep, his cupidity may at some point be satiated; but those who torment us for our own good will torment us without end for they do so with the approval of their own conscience.” -CS Lewis