Chinese government disinformation and pressure campaign is working. Journal ‘Nature’ writes: that “we did so was an error on our part, for which we take responsibility and apologize.” 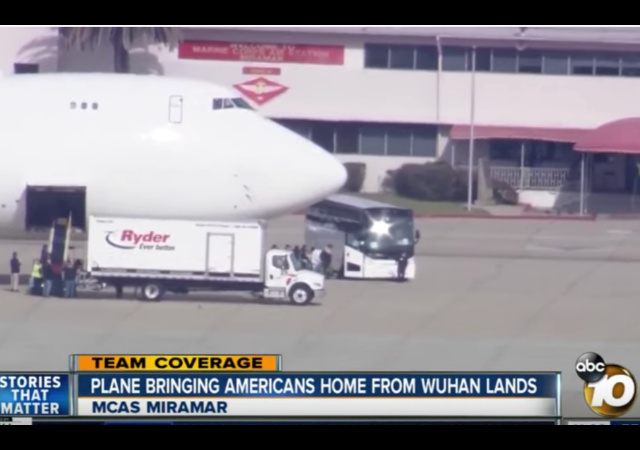 The Chinese government has a vast and sophisticated disinformation campaign to cover-up its complicity in the spread of the coronavirus that started in Wuhan, China, and now is a worldwide pandemic devastating lives and economies.

As previously discussed, a key component of that disinformation campaign is to control the words used to describe the virus, If you claim that calling it ‘Wuhan coronavirus’ is racist, you are part of the cover-up:

The Chinese government now is deep into a disinformation campaign denying that this all started in Wuhan. A key component of that campaign is controlling the language used to describe the pandemic, stripping it of its connection to Wuhan and China, mandating that only generic terminology is used. Meanwhile, Chinese diplomats and media spread claims that the virus either started in the U.S. or was planted in Wuhan by the U.S.

Since when do public health organizations get to dictate our speech? Welcome to the current state of politicized science, or perhaps more accurately, science in the service of politics.

There’s a purpose behind this word policing. If you call it Wuhan coronavirus, it’s pretty hard to deny it started in Wuhan, China. If you call it COVID-19, that permits the Chinese government to spread the lie that the virus started and spread elsewhere.

It also scares people into not speaking the truth about where the virus started, and how it spread.

Not surprisingly, academia is among the first places to fall. Numerous colleges and universities have dictated that the virus only can be called COVID-19 at risk of being dragged into the hell of campus bias disciplinary proceedings.

When the World Health Organization (WHO) announced in February that the disease caused by the new coronavirus would be called COVID‑19, the name was quickly adopted by organizations involved in communicating public-health information. As well as naming the illness, the WHO was implicitly sending a reminder to those who had erroneously been associating the virus with Wuhan and with China in their news coverage— including Nature. That we did so was an error on our part, for which we take responsibility and apologize….

Many leaders want to listen to and act on expert scientific advice to deal with this pandemic and save lives. On terminology, the advice is clear: we must all do everything we can to avoid and reduce stigma; not associate COVID-19 with particular groups of people or places; and emphasize that viruses do not discriminate — we are all at risk.

Read the whole Nature apology. It’s sickening, what one would expect from the Chinese professors brutalized during the Communist Cultural Revolution, paraded in front of howling university mobs and forced to confess.

Ivy League biologists compete to publish their research in Nature, and the magazine’s approach could threaten the scientific enterprise. That the virus originated in China is important to understanding its qualities. If it jumped to humans from bats or pangolins, as widely thought, which species are present in Wuhan or sold at its wet markets? And what does the rate of spread in Wuhan tell us about how fast it would spread in cities with different densities and climates?

These questions ought to be explored in scholarship published in Nature, but they may become sensitive or taboo if the journal’s official position is that associating “a virus and the disease it causes with a specific place is irresponsible and needs to stop.”

Political pressure has distorted scientific judgment since early in the crisis. As the Stanford biologist Michael Lin notes, even the name “Covid-19,” given in part to distract from the virus’ origin in Wuhan, created confusion about the nature of the disease. “Given the similarity in clinical presentation, SARS2 would have been an accurate name” he wrote, but the World Health Organization “wants to avoid any reference to SARS for political reasons.” SARS also originated in China in the early 2000s.

China has leveraged its economic and political muscle to obfuscate about the virus and even deny its origin out of national pride. But some Western progressives do the work for them because of their fear the truth could lead to stigma. Elite humanities and social science journals have already bent to elaborate political conventions, leading to a loss of trust from the general public. If that happens in the natural sciences, the consequences could be much worse.

The Nature apology is a window into what is coming on campuses when students and faculty return in the fall.

Trust me on this one.

Those of us who’ve been fighting the Global Warming scam for many years now (notably on Anthony Watt’s great blog, Watt’s Up with That) have noted for a long time now that “Nature” gave up actual science long ago, and is now just a left wing publication dedicated to pumping out Global Warming propaganda, with a lot of pretty pictures of animals to make people feel good.

Your attempts to deflect the significance of the Nature publication are misinformed.

This is much more serious because Nature is second only to the journal Science in terms of impact in the natural sciences. Biomedical sciences depend HEAVILY on these 2 publications for prestige and impact of their work.

I appreciate that you don’t want to be swayed but don’t underestimate this enemy because they have a lot of pull.

Yes, they are important; but the saddest fact is that EVERY recommendation and review they have done, and which has been relied on for years, is corrupt.

The entire review system is corrupt, and the “scientific results” are all determined by the most politically correct high bidder. Nothing else.

I agree with you on most of that.

I certainly trust you Prof. Jacobson and this will not only happen in America but very definitely here in our Australian Universities.

The university administrations are “owned” by the COMMUNIST CHINESE government.

They send the largest group of international students and they have pay BIG BUCKS for Housing, Board, and Tuition.

Anacleto Mitraglia in reply to notamemberofanyorganizedpolicital. | April 14, 2020 at 3:49 am

I guess naming viruses by latitude and longitude is out also? Viruses “just happen”. Epidemiology has been cut loose from its moorings.

I agree, people all over the world are suffering because of China’s Communist Party. Reality is that China will pay for this in so many different ways, fallout is likely to harm average people in China. One example is massive loss of jobs and lower economic prospects. People of the world simply cannot trust CCP and cannot afford to have so many eggs in China’s basket. CCP’s current conduct only serves of make backlash more severe.

notamemberofanyorganizedpolicital in reply to JusticeDelivered. | April 13, 2020 at 10:44 pm

Through all of this there has been no slowdown in the import of product from communist China. Last Friday I passed by a Best and asked the two employees sitting outside if they were still getting in product and they said sure no problem.

They encouraged me to go inside and get advice on the item l asked about.

They had no problems getting in new stock

If President Trump says it’s BLACK, the woke folk will say it’s WHITE. If he suggests UP = UP, they will say, UP = DOWN. If he said the sky was blue, the MSM would say it’s more “nuanced” that he could understand.

notamemberofanyorganizedpolicital in reply to DDsModernLife. | April 13, 2020 at 10:42 pm

I’m in favor of calling it The Communist Chinese Owned Media Virus……..

Some Western professors, university research labs and peer reviewed journals have been coerced by Maoists using Struggle Meeting and Big Character Poster tactics via twitter and facebook. I image NextDoor could be used in the same fashion as red guards in Shanghai would scrawl nasty smears on gates and front doors of their victims.

The others have gone along willingly. I only wonder how many of the willing are true believers and how many are cynical, bootlicking crawlers.

Very few of them were coerced. Most of them (including the Editorial staff at Nature) were thrilled to bend over for China.

Nextdoor is already being compromised. I got into a discussion with a PC police “officer” a few days ago who told me that I shouldn’t call it the Wuhan virus because it’s “racist.” When I threw facts in his face – that the convention of naming diseases after their location of first presentation and gave him a long list of examples (MERS, Lyme disease, and a dozen more) – he had little more to say except “racist, racist!” I ended up muting him just to avoid the childish annoyance.

By the way, if you post something about the disease, expect to see a nag popup asking you if you really want to call it that.
.

Should read former…………. prestigious – not anymore….

Science is proven once again to be a poor substitute for wisdom.

and Premier Winne the Pooh can go attempt aerial intercourse with the rotating pastry of his choice.

I subscribed to Nature when it was a real science magazine. Like Scientific American and Science (a mandatory subscription, among others in high school), it has been many years since these were actual science and nature publications. They are filled with low brow articles that please the lowest level of academic knowledge. Pontificating on meaningless causes du jour and ignoring actual and necessary environmental and scientific research . Below the high school sophomore science-oriented student of 30 years ago, well within the Popular Science articles then published…which I absolutely loved, but would hardly be cited in an essay upon which I would be graded.

As a little kid I recall being taught about the Arctic Wasteland, medieval Europe and how in Feudal China it was required to kowtow to the rulers. I imagine kids from K-12 all through University today are being taught now that in modern times it is necessary to kowtow to the Chinese Rulers.

Nature is taking a beating from many scientists and the public. Is every academic publication controlled by the China apologists. My next door neighbor left China to live here and he hates when media bows to China.

Nature is taking a beating from many scientists and the public. Is every academic publication controlled by the China apologists. My next door neighbor left China to live here and he hates when media bows to China.

what sort of ” prestige ” can any publication be said to have when it publishes factual information ( the truth by another name ) and then apologizes and retracts the same as it may be ” offensive and uncaring ” to the chicoms/sjws/fascists?

It should have been “racist Chinese Wuhan coronavirus”

Worms!! They have no backbone, are slimy, and wriggle along, eating dust. This is what has happened to the principles of academic enquiry.

I like the suggestion I saw that since the virus originate in Wuhan of the Hubei province, it should be called the Wu Hu Flu.