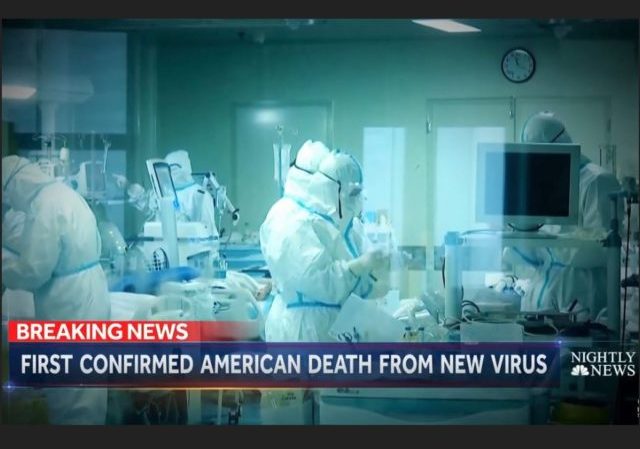 While mainstream media outlets and Democrat politicians are busy politicizing the COVID-19 pandemic, hoping to pin the blame on Trump, a new poll released by The Harris Poll and published by the Washington Post shows Americans of all party affiliations hold China, not Trump response.

Not only did an overwhelming majority of respondents blame China, but a majority want China held accountable for unleashing this pox on the world.

-71% say American companies should pull back manufacturing in China

And unlike the mainstream media, who have become indistinguishable from Chinese state media in messaging and tone, Americans do not find China trustworthy in the least.

Q 24_12: How trustworthy do you think [Chinese President Xi Jinping is] to provide accurate information regarding the coronavirus outbreak?

-77% Not All/Not Very Trustworthy, including 78% of Democrats and 75% of Republicans

Spin they will. Fail they must.

notamemberofanyorganizedpolicital in reply to Conservative Beaner. | April 8, 2020 at 10:08 pm

REMEMBER COLLEGES AND UNIVERSITIES STARTED THE ECONOMIC SHUT DOWN.

Eternal Curses upon them all.

70 percent of High School seniors shout a loud FU to
next year of college.

One out of six students say their plans to attend a four-year university have changed due to coronavirus, with 35 percent of those students now planning on taking a “gap year” rather than starting their college career in 2020. Another 35 percent say they will go to school only part-time.

MAJack in reply to notamemberofanyorganizedpolicital. | April 9, 2020 at 9:22 am

I can see it now, Harvard comes to DC with hat in hand, looking for a bailout. DJT should take a dump in the hat.

Oops. Too late at night.

It will be much higher though by Fall.

Yes, media, keep rooting for more Americans to die, and more to end up bankrupt, then tell us how “irredeemable” we are for distrusting you as much as we distrust China.

Most of media is less trustworthy than the Commies.

China is helping to make Trump palatable for many more Dems. Unintended consequences. We can all agree to stick it to China.

Do the LI authors have a consensus what to call the virus?

Thanks for the facts/figures, Mary. That’s some good news right there.

I like China’s Wuhan virus. First word says China own it, second is point of origin.

How about the “Made in China” Virus?

I don’t blame Trump for the virus, obviously, but there’s nobody else to hold accountable for shutting down our economy.

notamemberofanyorganizedpolicital | April 9, 2020 at 1:06 am

China flu is a fraud and here’s another.

notamemberofanyorganizedpolicital | April 9, 2020 at 1:56 am

All that time and effort to convince Americans that their president and not the Chi-Coms are responsible shows how toothless the corrupt media has become. And they have no one to blame but themselves.