The world became suspicious about Kim’s health when he missed a celebration for his grandfather’s birthday on April 15. 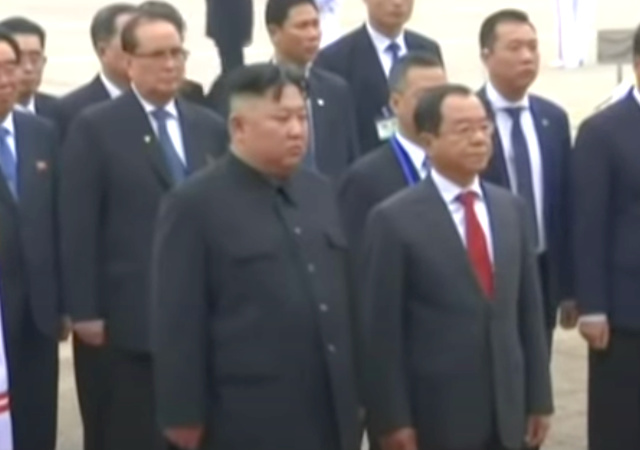 What is going on in the hermit kingdom?

A few people jumped on CNN and Tur after South Korea disputed reports about Kim:

If true, this is another colossal embarrassment for Jim Sciutto and CNN. https://t.co/qBsCukLU1q

Honestly, though, it is never easy to report any news about North Korea. Do you trust anyone when it comes to North Korea news?

I trust South Korea the most since it, for obvious reasons, keeps a close eye on the trigger-happy Kim family.

But I don’t believe everything is going well in North Korea.

It is unusual to see a lot of Kim. But how come he did not show up for the celebration of his grandfather’s birthday on April 15? That is the biggest holiday for the Communist country:

Kim last appeared in North Korean state media on April 11. April 15 — North Korea’s most important holiday, the anniversary of the birth of the country’s founding father, Kim Il Sung — came and went without any official mention of Kim Jong Un’s movements.
Experts are unsure of what to make of Kim’s absence from any festivities celebrating his grandfather. When North Korean leaders have not shown up to these important celebrations in the past, it has portended major developments. But it has also turned out to be nothing.

“There have been a number of recent rumors about Kim’s health (smoking, heart, and brain). If Kim is hospitalized, it would explain why he wasn’t present on the important April 15th celebrations,” said Bruce Klingner, a senior research fellow at the Heritage Foundation and former CIA deputy division chief for North Korea. “But, over the years, there have been a number of false health rumors about Kim Jong-un or his father. We’ll have to wait and see.”

Kim Jong Il’s absence from a parade celebrating North Korea’s 60th anniversary in 2008 was followed by rumblings that he was in poor health. It was later revealed he had a stroke, after which his health continued to decline until his death in 2011.

South Korea’s presidential Blue House responded that no one has detected any “unusual activity” from North Korea:

But he had presided over a meeting April 11, discussing coronavirus prevention and electing his sister as an alternate member of the political bureau of the ruling Workers’ Party. And state media have since reported Kim sent greetings to Syrian President Bashar Assad and Cuban President Miguel Díaz-Canel as well as “birthday spreads” to two North Korean officials and a new centenarian.

“We have no information to confirm regarding rumors about Chairman Kim Jong Un’s health issue that have been reported by some media outlets. Also, no unusual developments have been detected inside North Korea,” Blue House spokesman Kang Min-seok said in the statement.

The Blue House later said Kim was believed to be staying at an unspecified location outside of Pyongyang with some of his close confidants. The office said Kim appeared to be normally engaged with state affairs and there weren’t any unusual movement or emergency reaction from the North’s ruling party, military or cabinet.

South Korea’s Foreign Ministry spokesman Kim In-chul explained that Seoul and Washington, D.C., remain in contact, but remained vague when someone asked him if the two sides spoke about Kim’s health.

Who knows? Maybe Rocket Man wants to stay out of the limelight so we talk about him. Maybe he is jealous the Wuhan coronavirus took all the attention.

ConradCA in reply to notamemberofanyorganizedpolicital. | April 21, 2020 at 2:06 pm

North Korea should be full of people who’s family and friends have suffered at the hands of their Dear Leader. Thanks to coronavirus they are likely to possess a biological weapon that allows them to take vengeance on the state and their Dear Leader. All they have to do is expose themselves to the virus and infect those who are in contact with people in the government. Luck and the virus will spread to their rulers.

dystopia in reply to notamemberofanyorganizedpolicital. | April 21, 2020 at 6:55 pm

He is in a place no one will every find him. Lost in the caverns of Nancy Pelosi’s freezers.

For now, we wait for time to reveal whatever truth there may be. I won’t hold my breath. Until the funeral, we know nothing.

CNN wants to report breaking news first. Does not have to be true.

When news breaks,CNN fixes it.

I strongly suspect that the reports of his death are Greatly Exaggerated. And I want to explain why I suspect that – it’s because the story of his death has been pushed by CNN and the WaPo, and I trust the North Korean Government more than I trust CNN or the WaPo to tell the truth about anything.

now just to be clear, I would trust 9 out of 10 men pulled out of the gutter on any skid row more than I would trust the Nork Government. This story is like some bizarre kind of parlor game – which batch of Lying Liars Lies the Most?

I’m with you Tom.

My guess is he’s scared to death of the china virus.

The mainstream news is so used to running total prevarications against Trump that they’ll pop off at the slightest hint of a rumor, spending all their excess time trying to figure out how to slant the story to make Trump look bad.

“Giant Meteor To Destroy Earth Tomorrow – What Should Trump Have Done To Stop It?”

One of the most frightening animations ever made, set to Pink Floyd. Could happen at any time, and they wouldn’t tell us it was coming. What would be the point?
https://www.youtube.com/watch?v=zBWbpFz3wac

Send Jim Acosta over there to get to the bottom of it.

Can we arrange for him to stay at the bottom? However, I bet Acosta and Kim would hit it off big… bring along Tapper also.

Adding his sister into the gov’t mechanism? That seems to be a possible set-up for continuity. (Maybe he knew the surgery was risky?)

I won’t get my hopes up. But I will keep a weather eye out.

It’s a rumor he spread himself. He wants to see who tries to see his power

CNN? That is the channel you see in airports? The one with the white haired gay guy with the perpetual frown?
Who cares what they say?

Unless they have a HIPAA release form, CNN should not be publicizing Kim’s Personal Health Information! I hope Kim sues them for violating his privacy — especially if he is not brain dead, in which case he might add a libel claim as well.

CNN has no obligations at all under HIPAA. They are not Kim’s health provider, so they don’t need anything. They can publish whatever information about his or anyone’s health that they manage to obtain, no matter how, or whatever they make up.

Thank you for that analysis Captain Obvious. A fatuous, prosaically literal Child who doesn’t understand he is the joke everyone is laughing at.

He is now qualified to run for Congress.

I’m skeptical about his demise. While he is overweight, and probably does very little for himself, which could lead to heart problems, he is still young. I wouldn’t trust the healthcare over there much, but I doubt he would have surgery of a risky nature in his own country. He loves himself far too much for that.

I don’t trust NK to be honest any more than China is, but at this point I have doubts to the veracity of this report. Then again given the source, I rarely believe anything that those two propagandist outlets have to say anyway.

If DPRK media is even anonymously leaking this, it either means A) Kim has been dead for years, B) he was never sick and this is a propaganda piece for a “miraculous recovery”, or C) A & B, possibly with a Weekend at Bernie’s situation thrown in.

I’m not sure Kim dying would be a good thing for the US.

If Kim Jong Un dies it would be bad for China and ROK. Imagine the humanitarian crisis created by the dynasty ending. There’s no way his sister, Kim Yo Jong would be placed in power and his older brother, Kim Jong Chol, was passed up by the old man and is seen as far to westernized and feminine. I suspect there would be a military rush for power, not a good thing for Japan, ROK or China.

It seems to me that claiming missing ‘the big day’ just three days after heart surgery as a sign of ANYTHING is drawing a pretty long bow.

That he still hasn’t been heard from, even from a hospital bed …. hmmm. Could be that he thinks it would be seen as a sign of weakness of course!