Imagine – Sean Ono Lennon: “official media have lost their legitimacy” after “calling it the Wuhan Virus but only days later” saying that’s racist

Imagine – Sean Ono Lennon: “official media have lost their legitimacy” after “calling it the Wuhan Virus but only days later” saying that’s racist

“Been listening to ‘respectable’ journalists quoting CCP official numbers for months without doubt or hesitation.” 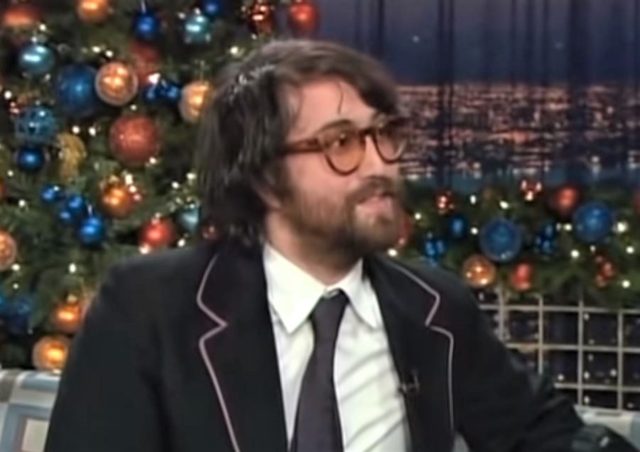 The American media, for the most part, is garbage. From the beginning of the COVID-19 pandemic, they’ve been parroting CCP talking points and running interference for the commies. Literally. So much for truth to power and all that good stuff.

And us regular ol’ folks aren’t the only ones to have noticed that the media has sold its soul to China.

Been listening to ‘respectable’ journalists quoting CCP official numbers for months without doubt or hesitation. Calling it the Wuhan Virus but only days later telling ppl who say it’s from China they’re racist. The official media have lost their legitimacy.

‘Crazy to think it’s a leaked bio weapon’ + ‘We have no idea where it’s from.’ You can’t have no idea and also know one possible idea is ‘crazy.’ Just saying—people downplaying severity of 20X higher mortality than flu, nCov, are not thinking clearly: https://t.co/EI3fdy0U5q

Feb 10 I had already ordered masks in January. Was joking about how full of Shinola the CCP were. Saying no one should downplay seriousness of Corona while the news was still comparing it to the flu. Just saying. https://t.co/DyTCPBbJnP

As I said Wednesday:

Have fun running interference on this one, American Journos "China hid extent of coronavirus outbreak, US intelligence reportedly says" https://t.co/g7aOmVYaRT

Always nice to know what someone with the IQ of a houseplant thinks we all need to do. For you information low IQ for over 120 years the convention has been to name the outbreak after the location it was discovered in.

IIRC, John Lennon was a Republican. Maybe it rubbed off.

John was not a republican, but as he aged his thinking moved toward a more conservative bend.

John was a very cynical type person, he rarely took anything at face value. John was not stupid, though he did plenty of stupid things. Yoko isn’t stupid either, and her father was a banker of some sort, despite her leftward politics, she had grown John’s fortunes through capitalist investments.

Sean and Julian seem like artists, but neither are blind, and Sean isn’t afraid to say what he thinks. In that he takes quite a bit after his father. Sean is Japanese, or half anyway, so he is also well aware of China and it’s ways.

Princess Diana and her son Harry too.

I think Lennon is criticizing the media as well as the CCP here. Regardless of his IQ he is recalling not “Imagine” but “Revolution” – “If you go carrying pictures of Chairman Mao you ain’t gonna make it with anyone anyhow”

Official media? There isn’t any such thing. Journalists aren’t licensed. Newspapers don’t need a permit for their printing press.

There’s the mainstream media, the older established platforms that have been around for a while. And the alternative media, which used to be, and still is in some cities, free weeklies, but today consists of every blogger with a following. You know, the ones who figured out within 24 hours that Dan Rather’s explosive ANG document was a bad forgery.

“What do you mean, ‘you people’?”
Sgt. Lincoln Osiris

Nice articulation and reminder of something fundamental to our once-free country. It may stun the White House Correspondents Association.

Have fun running interference on this one

Easy peasy, just stuff it down the ol’ memory hole.

Gavin Newsome is the Governor of California.
Patty Murray is a Senator for Washington State
AOC is a Rep for NY.

I don’t like what that says about the collective IQ of any majority.

Silver lining: Dumb people rejoice, you can rise damn high in this world.

“Silver lining: Dumb people rejoice, you can rise damn high in this world.”

LOL, ain’t it the truth.

notamemberofanyorganizedpolicital in reply to Barry. | April 2, 2020 at 11:10 pm

They’re the ones going around spouting:

“It’s not what you know,
you don’t have to know anything.

Those reports on deaths out of China–where there were reports of the authorities welding apartment building doors shut to keep people locked in–might be fake? Ya think? Danged right I do.

Man! Did this apple fall far from the tree or what? Must have been on a steep hill.

It is obvious that John Lenin did massive amounts of drugs that affected his offspring. Forest Gump was a genius compared to this jerk. Sean needs to live a quiet life off of his trust fund.

I have read a couple of people who said Lennon was turning towards the right at the very end of his life. I don’t know if that is proven but interestingly he was shot down right after Reagan’s election but before he was inaugurated.