“In the arms of the angel, fly away from here” 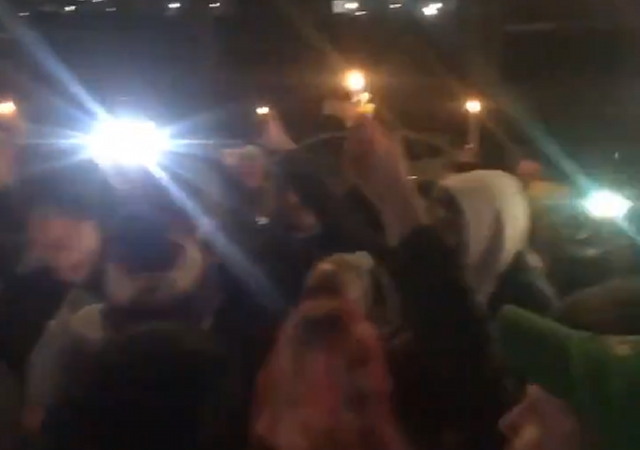 This sounds like something out of The Onion, but it’s completely real.

With the lyrics of “Amazing Grace” on their lips, and flickering candles warming their fingertips, Penn State students said goodbye to something they dearly loved: Taco Bell.

Around 100 Penn State students gathered for a candlelight vigil on Sunday to mourn the loss of their local Taco Bell in Downtown State College in Pennsylvania.

“In the arms of the angel, fly away from here,” the students crooned, singing along to Sarah McLachlan’s famous tune as it played from a nearby campus ambulance that had stopped by the vigil to pay its respects.

Prajesh Patel — who organized the event — stood up to give a speech, dressed in a taco costume.

I have heard that phrase many times, but have NO idea what it means. Please explain, and no, I am not joking. Thanks.

I fear for the future of this nation. Young people, who know NOTHING about life, walk around with their emotions exposed daring someone to say or do something to offend them. College students mourn the closing of a fast-food restaurant all the while clamoring for our nation to become socialist. When socialism/communism comes, ALL of the fast-food restaurants will close. In the eyes of the young, life experiences possessed by those of us who are older are nothing because we’re racist/sexist/homophobic/ageist/etc., etc., etc. Some good advice: If I tell you the stove is hot and you’ll get burned if you touch it, believe me. I don’t tell you that because I hate you.

This was all in good fun…obviously.

When socialism/communism comes, ALL of the fast-food restaurants will close.
No they won’t.
They’ll all become Taco Bells.

Isn’t Taco Bell a racist organization, trying to pass off their fast food as Mexican cuisine? I would think that woke college kids would boycott that fare.

Or because the workers don’t get $15/hr.

It might be because the workers were getting $15 an hour or at least as likely lack of customers because a chic-fila opened nearby.

Ah, we did silly things in college days too. But why didn’t the students buy more greasy tacos and keep it open, rather than mourning when it was too late?

I’m pretty sure that is Gourmet Mexican for that area.

Fear not, mourning students. Chick Fil A has bought the location and will open soon. ;-{)}}}

In Pennsylvania, when a food business closes “overnight” it is usually the Board of Health closing them down.

All of those Taco Bell patrons should thank their lucky stars to still be alive.