He is reportedly “displaying mild symptoms ‘but otherwise remains in good health’.” 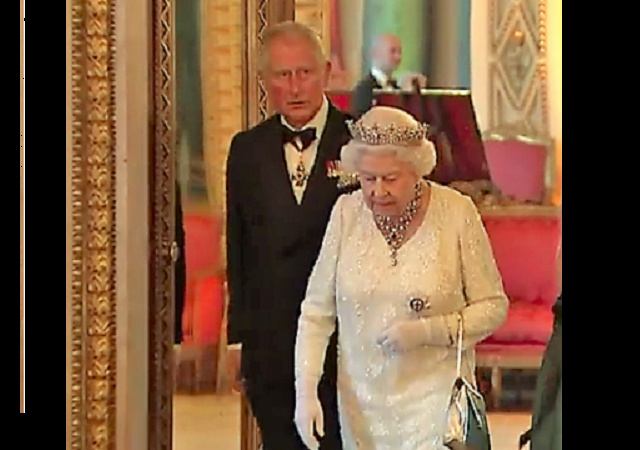 Prince Charles has tested positive for the Wuhan coronavirus, and though he is reportedly experiencing “mild symptoms,” he is said to be in good health.

Prince Charles, 71, is displaying mild symptoms “but otherwise remains in good health”, a spokesman said, adding that the Duchess of Cornwall, 72, has been tested but does not have the virus.

Charles and Camilla are now self-isolating at Balmoral.

Buckingham Palace said the Queen last saw her son, the heir to the throne, on 12 March, but was “in good health”.

The palace added that the Duke of Edinburgh was not present at that meeting, and that the Queen was now “following all the appropriate advice with regard to her welfare”.

A Clarence House statement read: “In accordance with government and medical advice, the prince and the duchess are now self-isolating at home in Scotland.

“The tests were carried out by the NHS in Aberdeenshire, where they met the criteria required for testing.

He has not been in contact with the Queen since March 12th, and she is reportedly in good health.

The duke and duchess arrived in Scotland on Sunday. Charles had been displaying mild symptoms over the weekend and was tested by the NHS in Aberdeenshire on Monday.

The results came through on Tuesday night, showing he was positive.

Charles is still working, is up and about and in good spirits.

The 71-year-old heir to the throne last saw the Queen briefly on the 12 March. Three days earlier, mother and son had more protracted contact during the Commonwealth Day Service.

It is important to re-emphasise the Queen is in good health. She moved to Windsor last week, with the Duke of Edinburgh who came from his usual residence at Sandringham in Norfolk.

Given their age, 93 and 98 respectively, there will be particular care taken that they are not jeopardised by this virus.

Queen Elizabeth II is and has been one of my heroes. Not because she is queen, but because of how she comports herself. I have heard that she is a friendly person who has a sense of humor and doesn’t take crap. It will be a sad say when she goes, and not just because Charles will be king…

She was a mechanic and driver in WWII. She didn’t have to she did what had to be done.

Apparently Prince Chuck has been hugging his share of Chinese to prove he is not a racist.

Corona-Chan is a celebrity hound. She prefers the company of the rich and famous. The international jet-setters who ski and sail every day and attend social events with hundreds of other beautiful people every night.

I suspect that’s not the first thing he tested positive for.

I’d be happy if Prince Doofus would self-isolate for the rest of his days.

It’s possible he got it from Prince Albert of Monaco.

Notice, he’s doing well. So is Tom Hanks and his wife. So is Rand Paul. So are the myriad of other famous people who have the virus.

NOTICE NOT ONE FAMOUS PERSON WHO HAS THE CORONA VIRUS HAS DIED, OR HAS WOUND UP IN THE ICU. NOT ONE.

Under the National Health, I am sure that he, along with other members of the Lucky Sperm Club, are getting the finest treatment the commoners’ taxes can buy.

That doesn’t always work out so well. Long before the National Health his great-grandfather was euthanised by “the finest medical care available”.

Euthanasia? Or, Youth in Asia?

This just in – Keith Richards has tested positive for Coronavirus. The Coronavirus now has to quarantine itself for 14 days.

Observation: I have yet to see a comment in any blog or news article on Prince Charles having the Chinese Virus that says anything close to: “I wish him a speedy recovery. And this comment isn’t one of them.

I wonder if the Monty Python troupe used him as inspiration for their Upper Class Twit Award sketches?

It’s always been my firm belief that the queen has resolved not to die until after he does.

You’ll notice he won’t die, and probably won’t even be bedridden.

This virus is as big a scam as ‘barack hussein obama’. Soros must really be enjoying himself: he’s planted mines everywhere, and they keep exploding.

It’s got to be 30 years ago that I read a book written by a doctor who was called from retirement during WWII to provide care in Appalachia. Doctors in the gov’t service provided health care to many who had never seen a doctor. He tells of a visit to an elderly but, as he described her, spry 85 year old who lived back in a ‘holler’.
While filling the medical history form he asked: Have you ever been bedridden?
She replied: Oh, yes! Many times; and twice in a hay wagon when I was a young girl.

The old girl has nothing on madonna in that department. But she’s probably sexier, even at 85.

Even more, Soros probably revels in the credit (as it were) he is given for so much he has NOT done, but looks like something he may have.

It is my observation that many call out “Soros!” the way anti-Semites call out “Jew!”, or lazy blacks blame “da man”.