Mourning, Kaddish, and the Coronavirus

Mourning, Kaddish, and the Coronavirus

I can’t mourn my father publicly in synagogue, but for now, I can still join others in prayer using Zoom 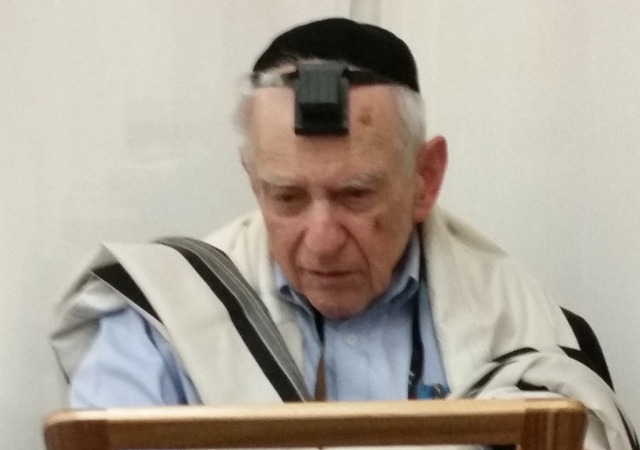 The following week or so was a whirlwind. There was the funeral in Baltimore, the burial in Israel and finally shiva (the customary seven day mourning period) back in Baltimore.

The mourning was comforting. It reminded me of my father’s life, his accomplishments and pride. But, of course, there was still a void. I would never see him again.

In addition to shiva mourner say a special prayer — the Kaddish — for the departed relative. For parents, the children generally say Kaddish for eleven months. From the first year, they say Kaddish on the anniversary of the parent’s death, called the Yahrzeit. 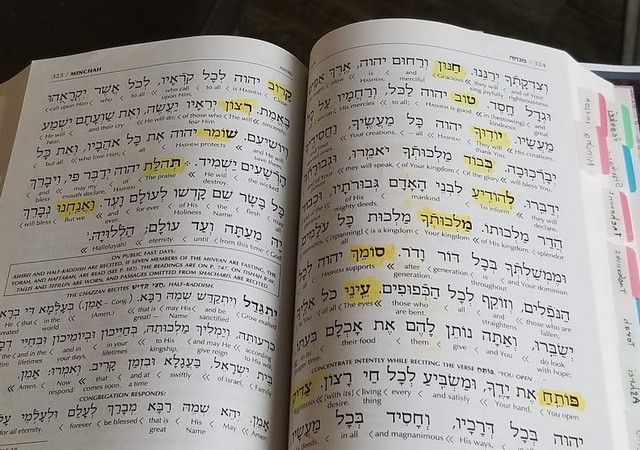 One of the requirements for saying Kaddish is to have a minyan, a quorum of ten men, present to recite the prayer. As concern over the spread of the coronavirus spread, it became increasingly clear that I would no longer be able to honor my father in the prescribed manner.

I found it difficult as I led the prayers one Sunday morning — just a week after we completed shiva — realizing that that morning was the last time I would be saying the mourner’s Kaddish for the foreseeable future. It is particularly difficult as this occurred in during the first 30 days after my father’s burial — a period called shloshim — when stricter mourning protocols are in force.

As it happens, my brothers and I are not the only ones in this position. Former Acting Assistant to the President for Domestic Policy Tevi Troy lost his mother a few days after our father passed away and he wrote an op-ed, A Minyan in the Time of Social Distancing, about his experience last Friday in the Wall Street Journal.

On this most recent Sabbath, before even stricter protocols went into effect, I fulfilled the obligations to my mother by praying at outdoor minyanim, including two that took place in my driveway. At the conclusion of the Sabbath, 15 of us gathered around a streetlight, as the prayer ending the Sabbath takes place after it turned dark but before we were allowed to turn on lights. No one said anything, but everyone knew to keep a safe distance. Everyone had his own prayer book to minimize the chances of spreading disease through shared surfaces.

Even that option is gone now. The Centers for Disease Control and Prevention has issued guidelines against gatherings of 10 or more people, and our rabbis have suspended minyanim. From my previous service as a public-health official, I fully support the need for social distancing and I am adhering to the stricter guidelines, as is my community. My rabbi ruled that in the absence of my own kaddish, I should if possible designate someone else, in an area not under the same public-health constraints, to say the prayer for me. I must also study a Jewish text, the Mishna, during the periods in which the prayers would typically be said. The reason that Jews study this written collection of oral law during mourning is that the Hebrew word mishna is an anagram for neshama, or soul. The kaddish is said to protect the souls of the dead during the period of heavenly judgment.

This was my experience too, for the most part. My synagogue has arranged for prayer groups — a minyan requires the quorum to be physically in the same place — to convene through Zoom. It’s a substitute, but not an entirely satisfying one, as there is no opportunity to say Kaddish.

Kaddish proxies and study are only backup plans, and I am discomfited at missing out on my primary obligation. This past weekend, in one of my last recitations of kaddish for the foreseeable future, I thought of past generations of Jews who encountered even more difficulties gathering together — during pogroms, wars or the Holocaust. The nearby friends, still at a safe distance, comforted me and joined me in prayer.

What I reflect on is that my father used to pray at home. But when his father passed away in 1972, my father faithfully attended minyan as frequently as he could (until his health failed). No other activity would deter him from praying in synagogue, he rarely missed an opportunity to participate in public prayer. 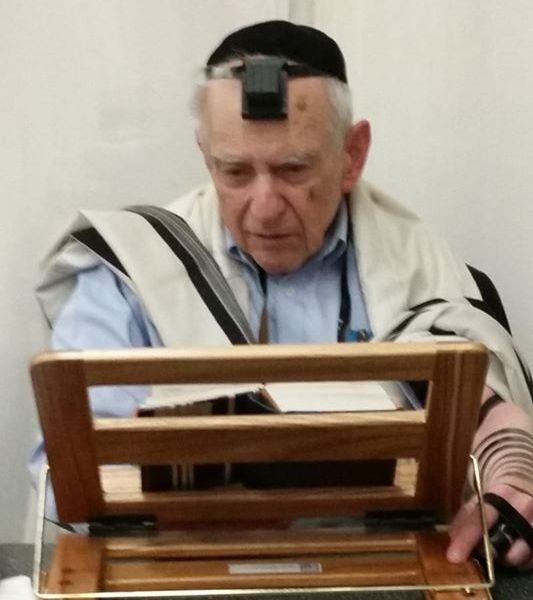 Though matters are out of my control, it does bother me that I can’t honor my father as he honored his father. Prayer in general was very important to my father. In his later years he would purchase prayer books (see the featured image) and place tabs on the pages to make various prayer easier to find. He would also highlight words to enhance his understanding of the prayers.

During shiva, we found a story written by one of my nephews in Israel. The nephew had been with my father during prayers one day, when he saw my father take out his highlighter and mark a word. My nephew asked what he was doing. My father explained that he had just learned the meaning of the word and he highlighted it to make sure that he’d remember it for the future.

I may not be able to say Kaddish right now, but at least I have prayers with which to remember my father.

My condolences, Mr. Gerstman. As a Gentile, I find your post very enlightening and illuminating. May your father rest in peace.

Thank you very much Rab.

My condolences, David. Thank you for the insight into Jewish religious practice concerning the faithful departed.

This in your essay stands out—”What I reflect on is that my father used to pray at home.”—because it says it all. That is the most precious line because it says your dad was faithful to God. In his regular prayer at home, your dad set an example for you all to follow.

God knows your heart and your willingness to honor your father; so, fret not. All is well. Your dad is with Him in Paradise.

Thank you for your wishes Juba.

Condolences on your loss, may your father rest in peace.

I’m sorry to learn of your loss, David. I’m sure your father is aware of the special circumstances and your resulting frustration.

Ironically, that in itself must be comforting to him; knowing this is bothering you. It’s a sign of your love.

Take care of yourself.

Thank you, Luke. I very much appreciate those sentiments.

My sympathies. I know exactly what you’re feeling because I’ve recently found myself feeling ironically grateful that I finished my 11 months just before all this started. For 11 months I managed to lead three prayer services a day, every day, and only missed it five times. I kept count, and each time I couldn’t make it I felt devastated. If this situation had happened a few weeks earlier I don’t know how I’d have coped. Now the anniversary is coming up, and I’m desperately hanging on to the hope that by that time it will be possible to find at least one minyan without being reckless.

מן השמים תנוחמו — may you be comforted from Heaven, and may your father be a good advocate for you.

Thank you. Were you saying Kaddish for your mother or father? May you merit to be able say kaddish for your parent’s yahrzeit. This year and for many years to come.
BTW, I understand what you mean. If the virus had spread sooner, my father’s body would have been flown to Israel by itself. There would have been no Shiva. It would have been much harder.
Anyway, Shabbat Shalom and may we only know simchas in the future.

By the way, it’s been reported in the press that Rabbi Eliezer Melamed has ruled that kaddish and barchu (but not chazarat hashatz, kedusha, or the 13 midot when said as a prayer) may be said with a virtual minyan. I have no idea what possible basis this ruling could have, considering the plain language of Orach Chaim ch. 55, and I haven’t heard of any other authority who agrees with him, but he is a scholar in his own right so I can’t just dismiss it out of hand.

I can’t see myself accepting a da’as yachid. My rabbi was rather insistent – he had to sacrifice saying yahrzeit for his father with a minyan – and I won’t disobey him.

Good Shabbosm and again, thanks so much.

Yes, I agree with you and your rabbi, and wouldn’t rely on this very strange ruling. But I put it out there because it’s not coming from a nobody, this is a noted scholar, so he must have some kind of basis for it. I just can’t think what it might be.

man that sucks, sorry you have had to go through this.

My sympathies, but He (and your father knows) that you are doing your best to follow the laws of your faith.
Perhaps it’s only my interpretation of the situation, but you have a minyan in your heart that doesn’t require social distancing; find comfort in saying kaddish for your father–it’s as much there for you as it is for him.

i’m sorry for your loss–hope that sharing your distress here has helped you a little–wherever your father is, am sure he knows the sort of son he raised, and that he is proud of you and that your efforts to honor him honor you as well–bless you, for in this time of personal difficulty, you have reminded us all what really matters in this life