One veteran member said that it looks “like the Kennedy Center knew it was going to lay everyone off even before they lobbied for funds in the bailout.” 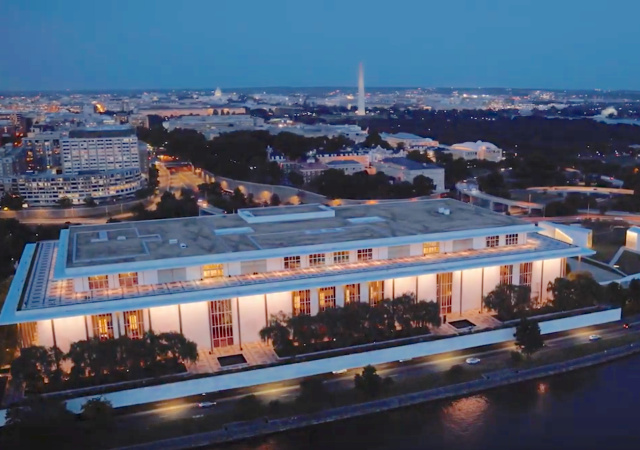 Can someone explain to me why Congress gave the Kennedy Center $25 million in the Wuhan coronavirus bill?

I ask because the Kennedy Center first told musicians the money would not go towards their paychecks. Now the center laid off 20 staffers who helped the National Symphony Orchestra.

The Washington Free Beacon received an email three days ago which showed that the Kennedy Center will not pay musicians after April 3rd:

Nearly 100 musicians will no longer receive paychecks after April 3, according to an email from the orchestra’s Covid-19 Advisory Committee.

“The Covid-19 Advisory Committee was broadsided today during our conversation with [Kennedy Center President] Deborah Rutter,” the email says. “Ms. Rutter abruptly informed us today that the last paycheck for all musicians and librarians will be April 3 and that we will not be paid again until the Center reopens.”

The Kennedy Center told employees on an all-staff conference call today that 20 administrative staffers will lose their jobs.

The Kennedy Center, which did not return multiple requests for comment prior to publication, defended the recent layoffs and outlined a projected breakdown of its bailout money on Tuesday afternoon. Rutter said in an email to supporters obtained by the Free Beacon that the center plans to spend $12.75 million on employee compensation and another $7.5 million on health benefits. Despite having an endowment of nearly $100 million, the arts organization claims it will run out of funds by July even if it reopens on schedule in May.

“It is imperative that we scale back the entire institution’s personnel costs during this time of closure and dearth of ticket income,” Rutter said. “If no changes are made to our spending patterns, even if we are able to open in mid-May, with the recent $25 million federal stimulus funding, the Kennedy Center would run out of cash as early as July.”

Rutter had previously defended the cuts, saying in a Saturday statement that the decision to stop paying musicians “may seem drastic,” but that it was “the only way through this.” She warned then that future layoffs could come.

One veteran member told the publication that it looks “like the Kennedy Center knew it was going to lay everyone off even before they lobbied for funds in the bailout.” The member also does not know how those who work at the Kennedy Center “can trust our leadership after this.”

Rep. Bryan Steil (R-WI) introduced a bill to take back the $25 million from the Kennedy Center. He has 15 co-sponsors:

In a phone call with the Daily Caller, Steil said “So we were negotiating this bill. Nancy Pelosi holds up getting relief to Americans to try to get this and other things in the bill. And so the day that the House passed this bill, I drove from Janesville, Wisconsin, to Washington, D.C. to be there.”

“I spoke on the bill, spoke about how I thought the funding for the Kennedy Center was inappropriate. And then before I left Washington, D.C. to drive back home, the day we passed the bill, I dropped this bill into the hopper and introduced it to start day one. The moment after we passed a bill to begin the work of improving it and getting out of the bill, inappropriate funding. A handful of days later, after this passes and you find out that the Kennedy Center is laying people off. That’s almost the icing on the cake,” Steil continued.

“Nancy Pelosi literally held the bill up for days to get her pet projects… Interesting she’d use the choice of words, ‘fiddlers,’ because it was the fiddlers, the violin players, all the musicians at the Kennedy Center that got laid off,” Scalise said Monday night on Fox News.

Sen. Rick Scott (R-FL) asked Office of Management and Budget Acting Director Russ Vought “to freeze the money by submitting a recession request to Congress under section 1012 of the Congressional Budget and Impoundment Control Act.”

Scott included the funding to the Corporation for Public Broadcasting and the “Education Stabilization Fund.”

Oh, the money’s not to keep the lights on, its to contribute to Democrat political organizations.

notamemberofanyorganizedpolicital in reply to UnCivilServant. | March 31, 2020 at 10:22 pm

How much of a kick back does Pelosi the Mobster get?

As the Press Begins Laying Off “Journalists,” Suddenly “Journalists” Discover That There Is an Actual Cost to Economic Shutdown
—Ace

It didn’t matter, and was a cost that could be cavalierly dismissed — until our precious “journalists” started losing jobs.

sharkey in reply to notamemberofanyorganizedpolicital. | April 1, 2020 at 6:29 pm

Maybe the “journalists” should learn to code. I hear that’s the bee’s knees when your job is eliminated.

The leader took a pay cut from 1.2 m to 600k, she could have cut another 500k from her salary and paid the people.

Not to let Ms. Rutter off the hook in any regard, but apparently she will forego her $1.2M salary “for the duration.” https://slippedisc.com/2020/03/deborah-rutter-says-shes-taking-no-pay/

Meanwhile, the Executive Director of the symphony in my city reports to me, “Our staff is fully occupied, and everyone is being paid. We are also paying musicians in advance for the rescheduled [to June] concerts. Sometimes it pays to be the little guy.”

Hell, if a symphony with a $3M budget is able to _not_ cancel its season without a bailout, dontcha think the highly paid geniuses in DC could do the same?

glad to see that, the story I read was she was just taking a partial cut

I think what galls many people is that the Kennedy Family, Caroline most specifically, could have not only funded the $25m the center thinks it needs, she could step up and pay the musicians out of their own money. From which of her houses is she hiding from this public relations disaster? She’s Not So Sweet Caroline.

Out of HER own money.

(We need to be able to edit our mistakes.)

She doesn’t have the brains to do what’s right, much less the upbringing to know what’s right.

She prefers to be referred to as Princess Caroline or Ambassador.

Such a disgusting genome.

Were they not union members there may have been another path for funds to keep them going.

Most of the members I have known had other jobs or endeavors to fill the time between performances, beyond teaching and performing music.

Does Hunter Biden own or at least live near a theater?

It just so happens that Hunter Biden is the Director of Stripper Procurement for The Kennedy Center…..

I thought the thinking behind these loans or grants was to keep people employed sustaining their purchasing power. Why did the Kennedy Center ignore this thinking and what is the money actually going to be spent on? If they cannot understand the program, they cannot have the hardworking taxpayers money.

They had to layoff staff in order to donate 24 million to the DNC for “election” staffing. Those servants don’t pay themselves.

To be clear, the stimulus is giving 1200 to adults and 500 to children who can fog a mirror.

Yet if you look at the hoops a sole proprietor w/no employees has to go through for “free money” it’s a shit show. The guise is loans which don’t have to be repaid. So how the hell is that going to look when you have a loan you didn’t repay? Who says when it’s forgiven Not only that, it’s pretty tough to figure out where you go- documentation appears to point to “banks and credit unions”… which want all the paper work that would go into a loan… and they may unethically sell you a loan saying it’s part of the stimulus program…

Why waste money on them when they can’t give any concerts anyway? $25 million to pay the light bill?

That shithole should blow-up: it’s become a monument to corruption, greed and anti-Americanism.

notamemberofanyorganizedpolicital in reply to TheFineReport.com. | April 1, 2020 at 3:55 pm

Yes, JFK was all that.

Oh you mean that worthless org…….

Just another every day FEDERAL FRAUD !!!

Can someone explain to me why Congress gave the Kennedy Center $25 million in the Wuhan coronavirus bill?

Yes. It’s because every man jack and jill of them is a fotherless muck.

Burn Down The Mission

I wonder what the maintenance bill on something that size is. That has to be paid, whether the building is being used or not. Skip on the maintenance and watch the roof start leaking; repair would cost far more than keeping it in repair in the first place.

The entire Washington, DC edifice is a monument to the belief that money doesn’t just grow on trees, it sprays out of fire hoses. The cost is unbelievable, even when nobody’s pretending to work inside.

This dump exists soley as a place for maggot pelosi to get an ovation. May legionaires disease infect the place forever.

I’d expect to see a lot more of this, as organizations attempt to protect their own revenue streams even while minimizing what they pay out to others.

If you actually paid up-front for an event or service which is now now cancelled or othewise not available, well, the default will be that you get nothing if you don’t ask (and they’ll make it as difficult as possible to ask). And if you presevere and actually do get something, at best it’ll be a (partial) credit good only for future purchases from an organizaton you may no longer wish to deal with.

Ideally each and every government bailout would be negotiated individually on a strict quid-pro-quo basis, yet there’s neither the time nor the will to do so.

notamemberofanyorganizedpolicital in reply to Albigensian. | April 1, 2020 at 3:54 pm