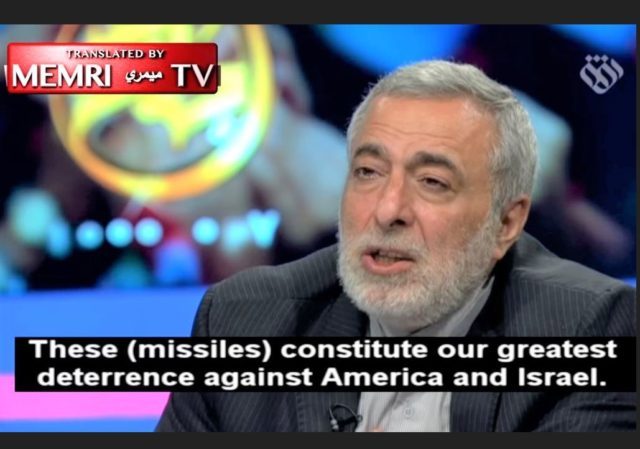 A top terrorist-turned-regime official, who in 1979 stormed the U.S. embassy in Tehran and took 62 American hostages, has died of coronavirus, Iran’s state media confirmed.

Hossein Sheikholeslam, a student at the University of California at Berkeley before the Islamic Revolution of 1979, interrogated U.S. hostages during the 444-day ordeal, media reports said.

Following the release of the U.S. hostages in 1981, Sheikholeslam was sent by the regime to Lebanon, where he played a crucial role in the creation of Hezbollah, a leading Islamic terrorist organization in the Middle East. His terrorist past qualified him to run the Iranian regime’s Middle East policies, earning him the rank of Deputy Foreign Minister in the early 1980s. He also served as Tehran’s ambassador to Syria, the regime’s top ally in the Muslim world. In recent years, the 68-year-old terrorist-turned-diplomat acted as an adviser to the present Iranian Foreign Minister Javad Zarif.

Sheikholeslam is not the only terrorist linked to the 1979 U.S. embassy hostage-taking to catch the virus. The country’s Vice President Masoumeh Ebtekar, who was the spokeswoman for the hostage-takers, has also contracted the disease.

The Czech Republic-based Radio Farada reported Sheikholeslam death and his links to the Hezbollah terrorist organization:

The Islamic Republic’s former deputy Foreign Minister and one of the leaders of young revolutionaries who invaded the U.S. Embassy in 1979 in Tehran and took 52 American diplomats hostage, Hossein Sheikholeslam died of Covid-19.

Sheikholeslam was also a member of the Iranian quintet that founded the Lebanese Hezbollah in the 1980s.

The quintet helped the Lebanese Hezbollah to entrench itself and grow to the extent that it is currently the key Iranian proxy force in the Middle East. While the United States and several other countries have listed Hezbollah as a highly dangerous terrorist group, the Islamic Republic counts it as one of the pivots of the so-called “Islamic Resistance Front.”

The godfathers of the Lebanese Hezbollah were three young commanders of the Islamic Revolution Guards Corps, Hossein Dehqan, Ahmad Vahidi, and Fereydoun Vardinejad, as well as cleric, Ali Akbar Mohtashamipour who was very close to the founder of the Islamic Republic, and the Foreign minister’s deputy, Hossein Sheikholeslam. (…)

The Lebanese Hezbollah was founded in the early 1980s, when Hossein Sheikholeslam was the Islamic Republic’s number two diplomat, as the Deputy Foreign Minister for Middle East Affairs. Hezbollah’s swift creation and its entrenchment as a major actor on the Middle East stage, in the 1990s, coincided with Sheikholeslam’s long-term tenure as the Deputy Foreign Minister (1980-1996.) No other Islamic Republic official has ever served at such a crucial position for such a long time.

Sheikholeslam apparently remained an unrepentant terrorist till the end. In a February 2019 TV interview, he called U.S. President Donald Trump a “tyrannical king.” Explaining the Iranian military objectives, he vowed that “Palestine and Jerusalem will surely be liberated soon,” a clip posted by DC-based media research institute MEMRI showed.

He is among several Iranian regime officials who have succumbed to the infection. A senior commander associated with the terrorist organization Islamic Revolutionary Guard Corps (IRGC) and a top aide to the Iranian supreme leader Ayatollah Ali Khamenei was among the victims of the disease.

The death of the top regime operatives exposes the callous, if not dubious, role played by the regime in the outbreak of the virus in Iran. The IRGC, regime’s military wing, was caught operating flights into China as late as February 25, media reports disclosed. The IRGC-run Mahan Air, which in the past has been linked to transporting terrorists and weaponry, was operating flights to several Chinese cities despite repeated denials by Tehran.

These acts have only exasperated the spread of the coronavirus. After China, Iran has been the worst hit by the disease. With 5.5 percent, Iran has the highest death rate in the world, compared to 2 percent in China. Out of about 7,000 reported cases of coronavirus, more than 9oo people have died across Iran. The virus has reached thirty out of 31 provinces of the country.

Another one bites the dust, no? 😉

Can we please stomp on Iran like they are an ant hill?

Psst….. Barrack and the DEM leaders would just love a free
vacation to Iran this month!!!!

I looked it up and he was born November, 1952, so he was 67. Makes me wonder about the health care system there, if they have any. I didn’t know about the flights to China, payback can be deadly…

I bet these guys wish they had access to American or Israeli medical care.

Osama bin Ladin did, which was weird.

I’ll bet that this man was a heavy smoker. From what I hear, the Wuhan virus attacks the respiratory system, something this man could not recover from.

I wonder why we are so ready to believe Iranian state run media when the news is something we like to hear. It would seem that an abundance of caution is called for.

pretending you’re dead from COVID-19 might be a good way to prevent a drone from dropping in you, eh?

How did he not win the Nobel Peace prize? Was that the year Obama won?

Couldn’t have happened to a nicer fellow.

Well I call that (his death) a good start. The real problem is that none of us are getting out of here alive, so his demise was inevitable. But if the corona virus helped him along to an earlier death, that’s okay with me.

Didn’t we just have a United States Senator hob-nobbing with some of the Iranian phubas? Why hasn’t he self quarantined?
Rules are for the little people.

How do you say “Karma” in Farsi?

Sometimes a virus is a good thing… and we saved a drone strike. .. Coronavirus also kills the ‘Butcher of Tehran’.. Mohammad Abolghasem..

Perhaps it really is an ill wind that blows no good. I wonder if a significant enough selection of the old hardliners will pass away and leave an opening for regime change.

notamemberofanyorganizedpolicital in reply to snopercod. | March 10, 2020 at 2:15 pm

Where’s the snack bar
you say?

And the universe again proves to be essentially good.

Glad the Sheikhole is dead.

How is it so many Iranian bigwigs are dying from this? Lies?

interesting! Maybe announcing their deathls will save them from a drone

Maybe they were droned and they don’t want to admit it. /s

I hope his death was painful. May there be many more in the Iranian cabal of slavers.

Hopefully they’ll next get the Iranian woman who said she would like to shoot The hostages in the head. She has the virus.

What a loss to humanity.

Works for me. Now, let’s hope his cabinet buddies are also shrine lickers and will follow suit.

God is not likely on our side in these worldly events but he does not to seem to be punishing us either.

I predict more leadership changes as a result of the Wuhan Coronavirus!

I predict more leadership changes as a result of the Wuhan Coronavirus!

An angel earned its wings.