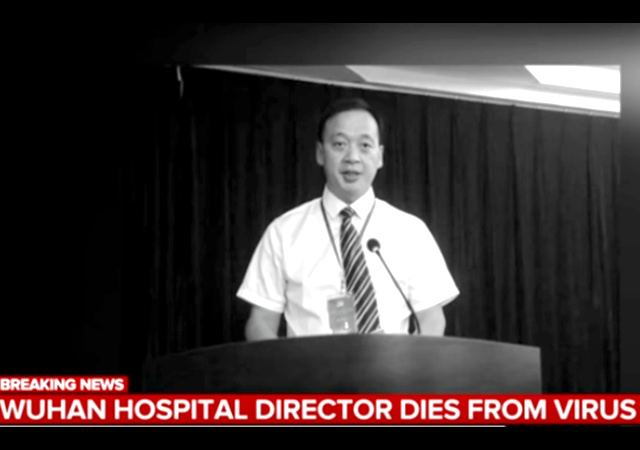 746 people in Washington under supervision due to coronavirus outbreak

Legal Insurrection readers will recall the first American case of COVID-19 was treated in the Seattle areas.

Now KOMO-TV, an ABC-affiliated television station in Seattle, is reporting the Washington State Department of Health has announced that more than 700 people the state are under supervision for coronavirus infection.

The department said Tuesday 746 people in the state are under public health supervision, including those at risk of having been exposed to novel coronavirus. These people are monitoring their health under the supervision of public health officials.

The figure includes close contacts of laboratory confirmed cases, as well as people who have returned from China in the past 14 days that are included in federal quarantine guidance.

As of now, the department said 26 people in Washington state have been tested for the new virus, with only one confirmed case in Snohomish County. One result is still pending, according to the department.

The head of a leading hospital in Wuhan, the center of the novel coronavirus outbreak, has died of an infection with the pathogen.

“Since the outbreak, Comrade Liu Zhiming, regardless of his personal safety, led the medical staff of Wuchang Hospital to fight the epidemic, and made important contributions to the prevention and control of new-type coronavirus pneumonia in our city,” the commission said in a statement.

The patient died on Jan. 27 after falling ill two weeks earlier and becoming increasingly breathless. Doctors bombarded him with various medications in attempts to save his life, including anti-infection treatment alfa-2b, AIDS medicines lopinavir and ritonavir and the antibiotic moxifloxacin to prevent secondary bacterial infection. He also received a steroid to treat inflamed lungs and “serious shortness of breath” and a lack of oxygen in his blood.

He reported traveling to Wuhan, China, where the COVID-19 outbreak began, from Jan. 8-12 and experienced initial symptoms of mild chills and a dry cough on Jan. 14, the first day of the illness.

His fever decreased as a result of the treatment, but his breathing worsened and his blood-oxygen levels plummeted as he reached his final day of life.

Police in China have arrested a prominent activist who had been a fugitive for weeks and criticised President Xi Jinping’s handling of the coronavirus epidemic while in hiding, a rights group said Tuesday.

Anti-corruption activist Xu Zhiyong was arrested on Saturday after being on the run since December, according to Amnesty International.

…Xu went into hiding after authorities broke up a December gathering of intellectuals discussing political reform in the eastern coastal city of Xiamen in Fujian province, prior to the coronavirus crisis.

Cyber-experts warn of the spread of Coronavirus-themed Malware

Hackers are exploiting interest in the Wuhan Coronavirus to spread malicious activity, with several spam campaigns relating to the outbreak of the virus.

Many of these domains will probably be used for phishing attempts. As for now, Check Point already spotted and protects online users from many websites known to be related to malicious activities that lure the victims to their websites with discussions around the virus, as well as from scam websites that claim to sell face masks, vaccines, and home tests that can detect the virus.

An example of such a website is vaccinecovid-19.com. It was first created on February 11, 2020 and registered in Russia. The website is insecure, and offers to sell “the best and fastest test for Coronavirus detection at the fantastic price of 19,000 Russian rubles (about US$300)”.

Do Democrats hate Donald Trump enough that they would deliberately spread this virus to hurt his popularity?

notamemberofanyorganizedpolicital in reply to MattMusson. | February 19, 2020 at 2:58 pm

Democrats already we’re looking for way to ruin the economy for political benefit. Infecting a few million Americans wouldn’t bother them at all.

Can we please close our borders until this Coronavirus passes? It’s only common sense.

notamemberofanyorganizedpolicital in reply to rdmdawg. | February 19, 2020 at 3:00 pm

….and send all the Democrats to the border so they can be the first infect…..er…..to greet the little darlings…..

Not just the borders: “These people are monitoring their health under the supervision of public health officials.”

Can we really trust that everyone will execute self administered quartenine and monitoring as directed?

Yes, but only to majority Caucasian Christian countries. Any other mix and there’s a Hawaiian judge who’ll declare the ban unconstitutional using the Orange Man Bad Clause in the Constitution.

If the head of the hospital did not know the procedures to avoid getting infected, what chance do ordinary people have????

Joe Stalin: “Sometimes you gotta break a few eggs to make an omelet.”

Saul Alinsky: “By any means necessary.”

Oops. That was meant for MattMusson, up top.

notamemberofanyorganizedpolicital in reply to locomotivebreath1901. | February 19, 2020 at 3:01 pm

We get your drift.

So, where’s my omelet?

I would assume he knows the procedures, but that it’s not possible to do those procedures *every time without fail* and also do his job. Just because it’s possible to write a procedure that works if rigidly followed with the right support systems (gear, neg pressure changing rooms, decon showers, gawdknowswhatelse), work-time limits etc etc does not mean you can do all the procedures and keep up with the job.

In a bio-lab you get to confine the doomsday bugs to an aerospace-grade containment box, with you passing airlocks, changing rooms and probably a guard. You also have a healthy fear of dying a horrible death or being fired for one goof. You work limited hours, hopefully with circadian rhythms taken into account – no sneaking into the lab to test your sudden insight at 2 am.

You can’t do that when the bug fountain is walking, talking, coughing and needs YOU to keep them from dying.

From what I have read, the head of the hospital was a ophthalmic surgeon who contracted the disease while removing cataracts from an asymptomatic patient.

According to the Japanese for every 5 people on the Diamond Princess exhibiting the disease, there is 1 person who carries the disease but shows no symptoms.

That should scare you to death.

I have mentioned UVC before, it will kill virus on surfaces. My cold air return ducts are flooded with UVC light.

The truth is that doctors do not walk on water. Some think they do.

Another truth is the first people to respond to tragedies often die for doing so, sometimes right away, other times days, weeks….years later. We all can learn from this and avoid their mistakes.

Returning to the issue of UVC, it is possible to make an air sanitizing very low breathing resistance respiration system based on UVC.

I am going to make one. It will be far superior to a N95 mask. Continuous air circulation will keep the face cool, and will greatly increase the time a mask can be worn (with N95 masks about 30 minutes at a time is the limit).

The dramatic spread of the disease on board the ship quarantined in Yokohama makes me think that the virus spread through the air, via the ship’s ventilation system. That is the only explanation I can come up with, given that the passengers were largely restricted to their rooms for the entire period.
I have read also that the virus is contagious, even without showing symptoms in the carrier, and that it lives for a much longer period when exposed to sunlight than other similar viruses.
Those facts, when coupled with the proximity of the Wuhan biological research lab to the outbreak, makes me very receptive to suggestions that this is the result of a biological weapons experiment that went wrong.
Given that we cannot believe anything the Chinese say about it, at least it is a reasonable possibility.

Forget the movie… this is “The China Syndrome”.

notamemberofanyorganizedpolicital in reply to alaskabob. | February 19, 2020 at 3:02 pm

Does Lysol kill it?

the crew, who interacted with the passengers, were not segregated though.
I had read something about that last week however did not get chance to look into it to really try to verify.
not saying there isn’t an airborne vector, just want to mention there was still a physical vector even for the isolated passengers to others.

My thoughts go even further. Maybe it went exactly as planned. Does the government care so intimately for every soul? Hey, as long as it makes its way here…

notamemberofanyorganizedpolicital in reply to willow. | February 19, 2020 at 5:09 pm

Washington State. The Chi-Com State. Neither one of these politburos can be trusted to tell the truth or behave responsibly.

” department said 26 people in Washington state have been tested for the new virus, with only one confirmed”

But the generally administered test is known to be unreliable, barely better than a coin toss. There is an uncomfortable and more accurate test, but it is said to expose the person doing the testing to the virus. Maybe it can’t be done with a biohazard suit.

Those suits are not magic, you need training to use the freakish things. Then you have to go through an elaborate procedure just to take it off, wash yourself from anything that transferred while you removed it, then avoid tracking any trace of whatever out of the changing area. Oh yeah, you have to set up a changing area with negative air pressure….

If at any time you think “How hard could that be?”, you don’t get it.

I’m not worried – yet anyway….

From what we know these days 21 days is a better number.