Meanwhile, the 6th branch of the military is developing ranking and facilities.

A report from the U.S. Space Force command says that two Russian satellites are tailing an advanced U.S. spy satellite above the Earth, sometimes coming within 100 miles of the billion-dollar spacecraft.

Gen John Raymond, the chief of space operations for America’s newly-minted Space Force, said the two Russian satellites began pursuing the multi-billion dollar US satellite in November and have at times flown within 100 miles it.

‘This is unusual and disturbing behavior and has the potential to create a dangerous situation in space,’ Raymond said in a statement to Business Insider.

‘The United States finds these recent activities to be concerning and do not reflect the behavior of a responsible spacefaring nation.’

The US has raised concerns about the matter to Moscow through diplomatic channels, Raymond told Time magazine, which first reported the stalking on Monday.

Russia reportedly launched a satellite into orbit last November and– while in orbit– it split into two separate satellites. One expert compared it to a “Russian nesting doll.”

The Kremlin has insisted that the satellites are simply conducting experiments. An amateur satellite tracker used public data to theorize that the Russian satellites are “cleverly designed” to monitor the U.S. satellite during otherwise challenging visual moments in orbit: like sunrises.

“It’s clear that Russia is developing on-orbit capabilities that seek to exploit our reliance on space-based systems that fuel our American way of life,” Raymond told Time.

As the U.S. Space Force takes shape, top branch officials are asking for ideas on what to call its members, ranks, and operational units.

According to a statement from Space Force spokesperson Maj. William Russell, Air Force CAC card holders with access to Air Force Portal can submit their ideas online through the IdeaScale Website.

Space Force officials will also reach out to the Army, Navy and Marine Corps space communities for their input too, the statement said.

The deadline for submitting ideas is Feb. 24, after which a panel of Space Force officials will review feedback and announce a final decision “at a future date to be determined,” the statement said.

A portion of the funds were appropriated in last year’s budget to pay for the design and some construction work. The $88 million requested in 2021 — as part of the Air Force $767 million military construction budget — would allow the Air Force to complete the facility by March 2022, according to budget documents.

“The CSOF is a next-generation facility,” Rep. Doug Lamborn (R-Colo.) said Feb. 11 at the National Press Club during a conference hosted by the Space Foundation.

He said the facility is a top priority of the Joint Task Force Space Defense, a new organization that is part of U.S. Space Command. The JTF-SD, along with the U.S. intelligence community, operates the classified National Space Defense Center, where operators and analysts monitoring potential threats in outer space and draw up options to defend satellites if they come under attack.

Based on the Russian interference in space, the move seems very logical, indeed. 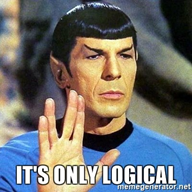 No single satellite cost should be “multi billion dollar”. This is thievery … equivalent to the $5,000 toilet seats.

Have you ever tried those $5000 toilet seats? I hear they provide the experience of a lifetime.

Funny, because I am reading a fantasy/mystery/adventure book ( Gunmetal Magic ) where the main character is investigating a mans historic purchases.

I presume that cost includes not just the satellite but also the equipment inside. Which can be quite expensive.

I’m all for calling out government waste, but when was the last time you priced a long-term orbiting space satellite?

Have you tried buying a military satellite at Walmart?

Walmart would be a bargain. For “multi billions,” you should be able to buy matching His & Hers satellites at Neiman Marcus.

‘This is unusual and disturbing behavior and has the potential to create a dangerous situation in space,’ Raymond said in a statement.

Are all of our DC military men whinging cheese-humps?

Excellent Imprimis summary of a speech given by Lt Gen (Ret.) Steven L Kwast on what the new Space Force is going to be designed to do and it is no match for the China and Russia are already deploying.

We are repeating the same mistake we made going into WWII. Back then, our old-school brass failed to understand the potential for airplanes and tanks represented and surrendered the advantages to the Germans and Japanese. Once again, we are allowing our old school military brass to rope in the new technology to fight the last war, not the ones developing before us.

We really need to put an armed station controlled only by us, in orbit. On board lasers to shoot down any approaching missiles of killer satellites, if needed.

The best part of all will be if we can get it up there soon enough so that Trump can give a TV address and say “Behold the Power of this Fully Operational Battle Station!!!!”

There’s a little problem with your proposed armed station. It’s in a fixed orbit and can’t possibly carry enough fuel to change very much. I think the better response is to have a fleet of armed “instant response” satellites which can be launched into any required orbit on demand.

“We are repeating the same mistake we made going into WWII….”

In the modern case, this is no ‘mistake’. We had a traitor as a president for 8 long, tortorous years, and his handlers COMPLETELY corrupted our government, media and educational systems.

So of COURSE we in last place. It follows the state of our military (disasterous) when PDJT was sworn in.

I get the feeling this was directed at me, personally. If not, why not?

Whatever they decide, no red uniforms!

After 8 years of treason, of course we are behind our enemies.

There have been reports of Chinese satellites doing the same thing to our satellites. It looks like the wild and crazy racist in chief has been proven right again! Damn! The left hates it when he is right so often. The Space Force seems to be coming online at just the right moment.

“– while in orbit– it split into two separate satellites. One expert compared it to a “Russian nesting doll.”

Where’s our Sean, our Q, and an army of underappreciated engineers?

Sounds like somebody’s setting the bar awfully low here. Spiffy digs are not really an accomplishment. Besides, I thought the whole idea of a dedicated Space Force was to get it out from under the suffocating old-school thumb of the Air Force. If it has to be surgically attached to an old service, the Navy would be a much better choice. The U.S. Navy has always been in the lead when it comes to new technologies and cutting-edge hardware (though admittedly sometimes past the point of prudence). The Air Force is still obsessed with proving that it’s no longer part of the Army, and it does that by extreme passive-aggressive behavior. That’s no way to operate in space.

THAT is the mistake Lt Gen (Ret.) Steven L Kwast is complaining about in the link to Hillsdale’s January 2020 “Imprimis”. We are NOT thinking “out of the box” with this. It’s mostly an expansion of our current military’s internal empires among the old brass. Just as they did with air power and armored divisions before and during WWII. It needs to be a separate military branch with a its own priorities. It should not just be an orbiting military base supporting earth-bound military actions under the command of the Air Force.

Although this is evidence that we are behind China and Russia, we shouldn’t overlook our own as yet untapped technological and rapidly expanding high-tech manufacturing potential. We don’t spend billions in black budget defense spending for nothing. Who knows what weapons we have already tested that can be quickly manufactured and deployed to fight the war WE need to fight rather than merely to respond to the war China wants to fight.

Also, although we currently rely on Russia to launch almost all of our NASA missions, we are quickly developing capabilities in the private sector programs like Space-X. Google, Tesla, Amazon and others who get many billions in taxpayer money developing new weapons capabilities. I maintain that this is the only reason Tesla hasn’t gone bankrupt. The question is, especially with Google, are they working for us or China?