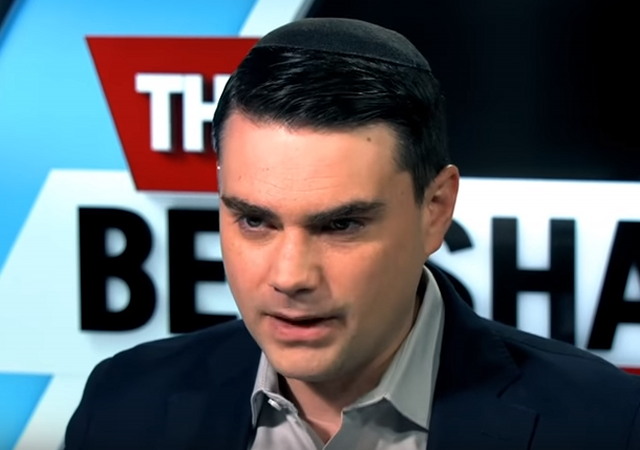 People who call Ben Shapiro a ‘white supremacist’ are stupid and should be told that they are stupid.

During a student government meeting at the University of Central Florida, students gathered to protest a bill to allocate funds for a speaking event featuring conservative commentator Ben Shapiro.

Students gathered to oppose the allocation of student fees for Shapiro, reasoning that the mainstream conservative figure is supposedly known for his “homophobic, transphobic, and racist commentary.” The Pride Student Association made an Instagram post including the date and time of the meeting and encouraged students to block funds that would be used to “bring white supremacist Ben Shapiro to our campus.”

The College Republicans at UCF announced in January that the conservative political commentator was scheduled to appear on campus.

When a funding request exceeds $1,500, the allocation must be submitted as a bill to the senate rather than committee allocation.

Get excited Knights! @UCFGOP is proud to announce that we’ve partnered with @yaf_ to bring @benshapiro to our beautiful campus on March 23rd. Future information pending so make sure to check YAF’s website for any and all future updates!#UCF #LeadRight #FlaPol #Sayfie pic.twitter.com/zSBoK0LB1b

I think they actually convinced themselves it’s true. Eric Hoffer would have had a field day with these kids.

And I’m not so sure they have two brain cells in the entire bunch.

Remember when you couldn’t get into college unless you could prove you were smart?

Remember when you couldn’t get into college unless you could prove you were smart?

Or, at least one had to be intelligent.

Most of those doing the yelling are likely allied with pro-Palestinian groups, or other anti-Israel herds.

These college-indoctrina– er, um–edjoomikated skulls-of-much perpetual adolescents are protesting the arrival of “white supremacist Ben Shapiro” to speak at their campus.

As the popular saying goes, “Stupid is as stupid does.”

Or as a friend of mine once noted, “What this lacks in dumb it makes up for in stupid.”

Does Person A not 100% agree and endorse what I believe? Person A must be a racist/[fill-in-the-blank]ist of some sort deserving of the most painful demise and censure (preferably in that order).

Parents, THAT is what the tuition for your little snowflake darlings is paying for.

Possibly these students are examples of why the school is known around town as “U Can’t Finish.”

Past time to cull the herd.

When your core beliefs and principles wither when debated fairly, then you restrict speech and shelter them from scrutiny. Placing onerous restrictions and requiring excessive security are some tactics used. It is particularly silly when the reasons for security are from the limiting side.

Are these kids, who represent the future of America, really this stupid?

Benjamin Shapiro. Wow. That name is obviously one for a member of the Master Race. Right up there with Julius Streicher, Joseph Göbels, and Hermann Göring.

At least they didn’t call him a Nazi. Yet.