“There’s some good in this world, Mr. Frodo, and it’s worth fighting for.” 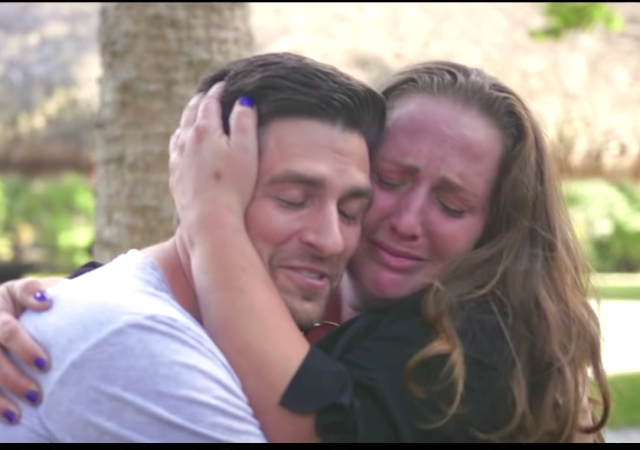 Believe it or not 2019 had many stories that show us the world isn’t totally lost and humans don’t suck. Unfortunately, the bad news and humans dominate the headlines.

To kick off 2020 I present to you my five favorite feel-good stories of 2019 to remind you that yes, there is good in this world.

Want coffee? Buy from Burly Man Coffee. Founder Jeremy Wiles decided to use his company “to break the stereotype that all men are ‘barbaric, sexist, misogynistic, racist monsters'” while not donating to Planned Parenthood.

“So Howard Shultz (former Starbucks CEO) and Starbucks — they support death — and we support life,” Jeremy Wiles, the founder of Burly Man Coffee, told Fox News. “We’ve been passionate about coffee for a long time…and we said look, why don’t we do something more than just sell coffee?”

He added: “If you look at what’s going on in some of the most impoverished parts of our country — there’s gun violence, there’s crime, there’s poverty — but what’s at the root of that is fatherlessness.”

The company, which was started in December, kicked off its campaign in March with the goal of helping 100 moms in need. The company said it plans to buy cars for 100 single women in need.

Burly Man Coffee awarded a car to Celeste Bokstrom, a single mom to a kid with autism:

She has been without a car for four years, making it difficult to get groceries or go to doctors’ appointments, and after two years, Bokstrom finally raised enough money to buy a used car online — only to find out it was stolen.

“I was shocked and extremely disappointed,” Bokstrom told Burly Man Coffee. “It took me a long time to save up enough money to buy a car. I lost it all in a moment. I was devastated.”

But she was even more surprised when the coffee connoisseurs surprised her with a car. She said it was an answer to her prayers.

The company also gave her an iPad to help her son communicate, a makeover and a shopping spree. They also found a medical professional, Mike Cohen, director of the Center for Brain in Jupiter, to provide Logan with Neurofeedback therapy free of charge.

John and Charlotte Henderson celebrated their 80th anniversary in November. John is 106 and Charlotte is 105, making them “the oldest living couple on Earth.” Look at their picture! What is their secret? From Today:

The pair met in 1934 as students at the University of Texas, where Charlotte was studying to be a teacher and John played football. Since 2010, he has held the distinction of the oldest living former UT football player, and he attends a game every year.

“Charlotte looked over her shoulder and smiled and I knew I wanted to take her on a date,” he told TODAY. “She was anxious for me to ask her!”

The Hendersons, who have no children, have lived at Longhorn Village, a retirement community in Austin, for the past decade.

KXAN reported the retirement home helped throw an anniversary party for the couple.

“In our ages, we’ve slowed down somewhat,” John Henderson explained. “We used to go on cruises, but now we have to take it easy. We like watching sports and talking about what we’re going to do tomorrow.”

That did not happen.

94-year-old WWII veteran Howard Benson’s son called the Glendale Police Department in an attempt to stop his father from driving to Florida by himself to his assisted living facility.

Turney went to visit Benson, realized no one would talk him out of it, and decided to go with him:

“It was unbelievable,” Turney said. “I told him I wanted to hear about his life.”

“He basically started at 3 1/2 years old with his earliest memory sitting on his mother’s lap and he told me about his entire life for 94 years.”

Benson shared he was 16 when Pearl Harbor was attacked. He recalled hearing President Roosevelt on the radio. He even shared things from his childhood, like horse-drawn fire engines.

Turney even attempted to teach Benson how to use Facebook Live so they could document their travels.

“We laughed a lot,” Turney said. “Hurricane Howard was a jokester.”

As their journey came to an end with 2,100 miles traveled over four days, Benson didn’t sleep once in the car, and he didn’t run out stories until they reached their destination.

Benson told Turney during the trip that he wanted to see America one last time.

When they arrived at the assisted living facility in Florida, the employees and residents welcomed them by waving flags and signs and singing patriotic songs.

It led to an emotional goodbye.

“We shared a lot going across the country,” Turney said. “We are lifelong friends now. He invited me to his 100th birthday party.”

Nurse Adopts Child Who Had No Visitors

(This technically happened at the end of 2018, but still!)

In July 2016, Gisele was born at 29 weeks and doctors diagnosed her “with neonatal abstinence syndrome due to her birth mother’s drug use during pregnancy.”

Gisele went to Franciscan Children’s in Massachusetts where she caught the eye of Liz Smith, the hospital’s director of nursing.

Smith would visit Gisele at the end of every workday and she noticed the baby would not have any visitors. Her birth parents had supervised visits, but they eventually stopped coming.

When the state gained custody of the baby in October 2016, Smith volunteered to foster Gisele:

“When I got the call that the parents’ rights were terminated, I imagined that it would be a day of relief,” Smith, who had fallen in love with the little girl, told the blog. “And it was a day I was really sad. I was really happy. But I was really sad for them. I was gaining her but they were losing her. And to try to battle addiction and being a mom, that’s impossible.”

Smith said that when the judge walked in in their adoption day, Oct. 18, 2018, he said: “When a judge walks in the room, everyone stands out of respect. But today I stand in respect for you, Liz because you deserve the respect from this room. A birthing day is a miracle. But adopting a child from miles away is destiny. That’s what brought you two together.”

I think we could do a whole list on the good deeds done by those at Chick-fil-A. The chicken sandwich wars dominated the summer of 2019 with people clamoring to Popeye’s to try their new sandwich.

This led to many stores running out of sandwiches, which meant stress caused by outraged customers.

One Chick-fil-A manager reached out:

Jené Walker and her coworker were headed to a nearby Popeyes in North Carolina to try the sandwich when they saw a Chick-fil-A worker handing out Chick-fil-A sandwiches to Popeyes employees.

Walker said the man she saw was wearing an orange shirt, and at first, she thought he was a Popeyes employee holding a Chick-fil-A bag.

“I was joking with him, like, ‘What are you doing over here? That’s weird you’re over here with a Chick-fil-A bag at Popeyes.’ Just the timing was weird,” recalled Walker.

She said the man explained to them that he had noticed the Popeyes had been crowded and the workers stressed, and decided to bring some chicken sandwiches to the workers, “out of the kindness of his heart,” said Walker.

“I just felt that that was just super awesome, especially with everything going on in the media with them,” Walker said.

The man’s generosity didn’t stop at the Popeyes employees. He offered free food to Walker after she and her colleague were disappointed to learn that they would not be enjoying the new chicken sandwich, since the store was sold out.

She said he thanked them for their hard work being teachers and gave them free meals.

You’re welcome! I need to do more feel-good stories during the year.

Can’t do Chick-A-FIL anymore… too bad, they have gone to the dark side…Popeyes sandwich which is huge is just too greasy

Thanks for the feels!

That’s great that they’re helping those people. But no offense it’s not going to do much to help the causes of fatherlessness.

Much of what the government does that is supposed to help the family winds up making it easier for the women to not let a man in their life or try to make the sacrifices both sexes must to keep a family together.

By having the gov’t take the place of a breadwinner they have encouraged both men and women to reject that aspect of life and not marry or stay married. And that’s part of the reason for the fatherlessness these days. For some reason it’s not as prevalent in the rural areas where the families are closer, and church is a bigger part of living. Wonder if thats got something to do with it.

Last night I’d read the story of Liz Smith and Gisele in Angels magazine…and it’s still a heart-warming story to read today. Thanks for sharing, as it is an incredible story about a woman who lost the dream of having a child suddenly finding that connection and love in the world via Gisele!