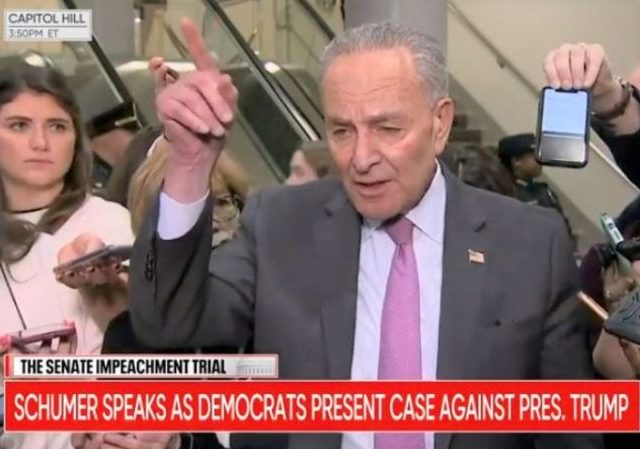 I walk a lonely road, the only one that I have ever known, don’t know where it goes, but it’s home to me and I walk alone. 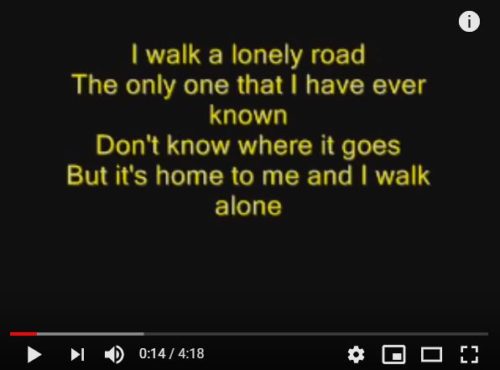 Whenever the Cornell Sun or other media need the non-liberal faculty opinion on campus, there aren’t many choices. So the burden falls on me.

I hope I didn’t trigger anyone with this comment in the Cornell Sun’s article about the impeachment trial, As Senate Tries Trump, Professors Predict Impeachment Outcomes:

As the impeachment of President Donald Trump moves to trial in the Senate, Cornell professors shared their views on the significance of the House charges –– and their predictions for how America’s historic impeachment trial will play out….

But not all professors, however, see the House’s actions as warranted. Prof. William Jacobson, law, sees the impeachment process as an effort to “unwind the 2016 election and to interfere in the 2020 election.”

For Jacobson, impeachment represents a Democratic vendetta against Trump, pointing to the ways in which party members have previously tried to oust the current President. These include attempting to invoke the 25th Amendment, which allows for a process to remove the president outside of impeachment, and encouraging “faithless electors” after the 2016 election, according to Jacobson.

“Since the day Trump was elected, Democrats have vowed to find a way to remove Trump from office,” Jacobson said….

“Republicans in the Senate recognize the upcoming trial as an attempted political decapitation,” Jacobson said.

Pretty area all around the campus, shame so many lunatics reside in the area.
Keep your head up Prof.

The one thing that stands out so much is the left and the MSM’s inability to see themselves for what they are.

There has to be a way to have them look in a mirror. And with their eyes open.

“There has to be a way to have them look in a mirror. And with their eyes open.”

Recently I had an argument with a friend who became angry over my rebuttal saying he wouldn’t engage in “what-about-ism” … his point being that it was a deflection.

I’m not wired for argument like he is – we’re basically temperamental polar opposites (he’s a lawyer, my ideal calling if I’d have gone that route is counseling or the ministry) … anyway after pondering his “what-about-ism” comment awhile I realized I wasn’t doing so to win the argument nor justify Trumps actions, rather I was doing to so inspire my friend to examine his own convictions. Specifically, how is it that he raised nary a peep when Obama did the same or similar things, but when Trump does it it’s “man the gallows we’re going to have a lynching!”

My point being that we hold a mirror up to them as often as we point out Obama crimes that were more and worse than anything Trump has done and they said nothing – even justified Obama’s actions. And faced with a mirror, that I have ever seen, none are willing to acknowledge their own hypocrisy or partisan morality / ethics.

In my experience libs are not really big on introspection.

True dat. 😉 They are huge on expectoration however.

In other words, like any good Alinsky-ite leftist, accuse the other side of that with which you are guilty of doing. Everything the left–call them Democrats, democratic Socialists, Socialists, Communists, even RINOs–is accusing Trump of doing, they have done. And because he’s uncovering their hands in the cookie jar, they are accusing him, and hoping to remove him from office because they’re afraid of being exposed.

Ezra never said “I would found an institution where any person can’t find conservative instruction in any study”. But it seems to have evolved that way.

Wow! A regular group of geniuses up there in the Senate!

Mirrors are of no use if you cast no reflection.

Schumer, in all seriousness: drop dead.

And mccain, if you haven’t noticed, is dead. Bet you miss “ol’ Reliable Rino Rat,” don’t ya?

We’re going to need a good crew to repair/replace those Constitutional guardrails the democrats drove through. This round of impeachment theater has already failed, but when the results are official, TDS levels are going to go even higher. When PDJT is re-elected, I’m afraid the democrats are going to enter a whole new realm of insanity. I wish there were a way to make them look in a mirror and see their true selves, but we’re way past that. I’m going to hope for the best but prepare for the worst after November 2020.

If you live in a blue state- please use this opportunity to remind your Senators about real issues.

Then there’s the border, or the abysmal failure of Obamacare.

Ah…remind your blue state senator to what? Red flag or SWAT you? I wonder if the Dem super data base that Maxine Waters talks about contains reservations for re-education camps for non-believers?

I don’t think “decapitation” is sufficiently specific. What these traitors are asserting is that only Democrats can select the President. They tried the same thing in 1861. But this time around, they’ll do it by trying to pervert the Electors or, when that fails, by perverting Congress. The ultimate goal, obviously, is the elimination of any possibility that the citizenry’s vote is for anything but show.

What these traitors are asserting is that only Democrats can select the President.

Perfect summary of the last 3+ years.

What is the old saying, “Taking reason out of an argument is like giving medicine to a dead person”? What’s the use? What I have found with my relatives, the only people I will discuss politics with is that they do not use reason. They also do not use recall. The many things obama did that were corrupt and against many laws and rules, they do not remember or say “That was different”. I have a lot of facts at my disposal but they offer none, only feelings. I truly believe that arguing with a lib is a waste of time but also an opportunity to lose a friend or relative’s relationship. Same with abortion. I will never change anyone’s mind so what’s the point?

Maybe it will be easier to say “goodbye” if (when) the time comes.

I tried to remain reasonable with a once-close friend of mine over Trump, having a live-and-let-live attitude, but when he resorted to vicious personal attacks over our political differences, I had to end the friendship. I told him that any person who says things like that to me is not a friend and that I hoped his vicious tirade was worth the friendship. No reply. Haven’t heard from him since.

100% correct. No point to it. And like Blackgriffin I carried on a reasonably productive political discussion with a far-left friend for years, even decades, but his TDS has brought that to an end when he called me a “Nazi” for supporting the Kavanaugh nomination. Somehow, Trump has brought the latent hatred the Left has for anyone who does not share their views to the surface and it is not pretty. Sadly, these are not uneducated simpletons. They tend to be the elites who harbor the most bitter hatred.

Planned President. Leftists on a progressive path need to lose their religion.

Hey, I’M triggered. That kind of incendiary language really gets my blood boiling. Excuse me while I go out and flip some cars, smash some storefront windows and set fire to some dumpsters. Now where did I leave my decapitation machete?

Unfortunately, some Republican senators want to participate in the decapitation, to whatever degree they think they can get by with it politically. Otherwise, they would have rejected the House charges out of hand, and sent them back with a long and detailed dissection proving them a baseless political vendetta, and condemning House Democrats for trashing the Constitution.

I have these “conversations” with all the Socialism supporters in my family (I’m the only Republican) whenever there’s a get together and not one of them is capable of rational thought or critical thinking. They believe the government should “run” healthcare, only they should do it through private contractors (???) and use “Sweden’s model” as the gold standard (Not understanding at all that Sweden has a population that is smaller than the STATE we live in…); Believe everyone should get UBI (Yangism) but haven’t a clue as to what that would cost or how humongous the government agency would be that would be needed to administer such a cluster f*tz; They all believe that cars are the primary cause of “climate change” and not one owns an e-car, solar panel or windmill; They claim to believe in the 2nd Amendment and then pontificate that “No one needs a semi-automatic firearm”; They call themselves Christians and yet, support abortion, the alphabet lunatics and Islam; They all make their impassioned pleas about inequality and the injustices in the world from over-priced homes in very wealthy neighborhoods all while they all are morbidly obese; They all have six-figure incomes, work in non-service to other people jobs (One’s a realtor that whines about how difficult it is to sell a $1.5 million home in “today’s economy”) and rail about poor people and yet, give less money to charities every month than I do while living on a 50% military retirement. It ALWAYS devolves into a “Do as I say, not as I do” conversation that I just love to call them out for… I don’t get invited to as many “family get-togethers” as I did when I was still a Dem during the Clinton crime spree… I used to be a people person but people really screwed that up for me.

Is what’s going on in the Senate now, really a trial?

The Commiecrats are impeaching themselves.

A better approach to using reason with a leftist, would be an exorcist or a noose.

Professor Jacobson is the George Ball of Cornell University. Lyndon Johnson would call on Ball, Undersecretary of State, for a dissenting view, the only one, on escalating the Vietnam war, before asking and getting approval from the Cabinet for expanding our involvement. That way, he could say he heard a variety of viewpoints before he took belligerent action.