USS Arizona and USS Oklahoma will sail once again…as subs!

USS Arizona and USS Oklahoma will sail once again…as subs!

The names are an homage to the “heroes of the greatest generation” who died on the famed Pearl Harbor battleships. 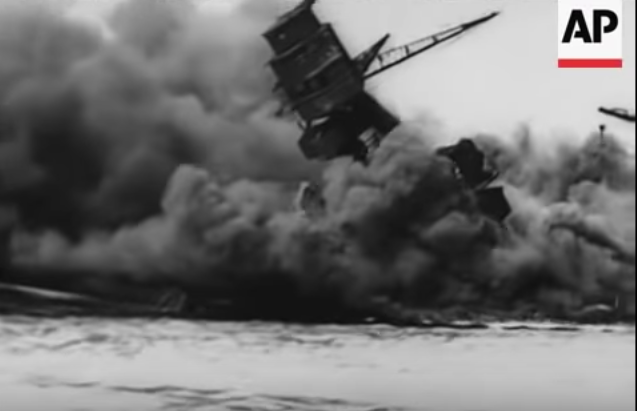 Acting Secretary of the Navy Thomas Modly recently announced that two new Virginia-class attack submarines will be named after the USS Arizona and the USS Oklahoma, which were hit during the infamous Pearl Harbor attack.

The move brings back into service the hallowed ship names 78 years after both were badly damaged in the surprise Japanese attack of Dec. 7, 1941. Most of the Navy casualties that day came from losses on the two ships.

The two new subs will begin to usher in an era of greater firepower for the Virginia class, which has a key role in checking China’s power in the Western Pacific.

“I am honored and humbled to name the next two Virginia-class nuclear fast-attack submarines to be built as the USS Oklahoma (SSN-802) and the USS Arizona (SSN-803),” Modly said in a release. “It is my fondest wish that the citizens of the great states of Arizona and Oklahoma will understand and celebrate our Navy’s desire to memorialize the 1,177 heroes who perished in USS Arizona (BB-39) and the 429 more in USS Oklahoma (BB-37) in Pearl Harbor, on Dec. 7, 1941.”

The USS Arizona was one of four battleships that sank as a result of the Japanese attack. The USS Oklahoma capsized and was eventually salvaged for parts and weapons.

Remaining crew members of the USS Arizona give a big thumbs up to the names.

Donald Stratton, 97, was aboard the Arizona on Dec. 7, 1941, and was among the last six crewmen to escape the burning hulk as it sank into Pearl Harbor. He has returned to the USS Arizona Memorial in Honolulu several times and told his story in a book.

“I think it’s a great thing to honor all the shipmates,” he said Monday of the Navy’s announcement. “But there is still only one USS Oklahoma and one USS Arizona.”

The other two survivors, Ken Potts and Lou Conter, both 98, echoed their crewmate’s view of the Navy’s decision. Randy Stratton, Donald Stratton’s son, spoke with Potts and Conter earlier Monday.

“Ken said, ‘Oh, that’s a great thing to honor the crew,’” Randy Stratton said. “I told him what my dad said about how there was only one USS Arizona and he said, ‘That’s exactly what I was thinking.’”

Conter also praised the Navy’s decision while remaining loyal to his battleship as the Arizona most people would remember.

While the USS Arizona is an iconic memorial, the salvage of the USS Oklahoma is interesting for its scale and difficulty.

Since returning this elderly and very badly damaged warship to active service was not seriously contemplated, the major part of the project only began in mid-1942, after more immediately important salvage jobs were completed. Its purpose was mainly to clear an important mooring berth for further use, and only secondarily to recover some of Oklahoma’s weapons and equipment.

The first task was turning Oklahoma upright. During the latter part of 1942 and early 1943, an extensive system of righting frames (or “bents”) and cable anchors was installed on the ship’s hull, twenty-one large winches were firmly mounted on nearby Ford Island, and cables were rigged between ship and shore. Fuel oil, ammunition and some machinery were removed to lighten the ship. Divers worked in and around her to make the hull as airtight as possible. Coral fill was placed alongside her bow to ensure that the ship would roll, and not slide, when pulling began. The actual righting operation began on 8 March and continued until mid-June, with rerigging of cables taking place as necessary as the ship turned over.

To ensure that the ship remained upright, the cables were left in place during the refloating phase of the operation. Oklahoma’s port side had been largely torn open by Japanese torpedos, and a series of patches had to be installed. This involved much work by divers and other working personnel, as did efforts to cut away wreckage, close internal and external fittings, remove stores and the bodies of those killed on 7 December 1941. The ship came afloat in early November 1943, and was drydocked in late December, after nearly two more months of work.

The Oklahoma was eventually sold to a scrapping firm in 1946, but it sank in a storm while under tow from Hawaii to the west coast in May 1947.

We wish the two new submarines and their crews smooth sailing!

“But there is still only one USS Oklahoma and one USS Arizona.”

If I heard a veteran crewman say that, I wouldn’t interpret it as approval for the Navy reusing the name.

The Navy has a tradition of naming new warships after earlier ones, see Enterprize.

USS Enterprise – 2 so far and scheduled new carrier for 2028

USS Yorktown – 5 so far with CV10 a museum in Charleston, SC

Nothing new here. Surprised it took this long and it is an honor.

USS, only two as stated. I’m aware of the others which are ships, but not USS ships.

The Navy had had five ships named Wasp by the war of 1812. Fortunately, names don’t wear out.

But that has nothing at all to do with veterans approving.

They really should name them “II”.

Btw, when America splits up into several states, who gets the ships? Will the leftist states even have anyone that can drive a ship?

I served on the USS Indianapolis (SSN-697) named after CA-35 which was sunk by a Japanese submarine in WW2 (quite a story there if you care to search). On the sub we actually had the ship’s bell from CA-35 which had been sent for refinishing just before the fatal voyage.

The McVays were Hawaii family. The Captain’s son was Kimo Wilder McVay. My grandmother was a very good friend of his mother, Ms Wilder. Kimo spent years proving his father was sent on a fools course, and the navy finally admitted it true. Believe me, we all were happy.

Yes Kimo was the one I mentioned. He seemed like a good bloke and sadly died in 2001 but thankfully after his father was cleared.

Also a nod to Nimitz.

Nimitz was the leading US Navy authority on submarines.

My understanding as a former Navy sailor, they cannot name the new sub Arizona because the battleship USS Arizona is still a commissioned naval vessel – much as the USS Constitution is – and there cannot be two commissioned vessels with the same name at the same time. So either the new sub will have to get a new name, or the current USS Arizona will have to be stricken from the register. Otherwise the Navy is starting a dangerous precedent.

I have no objection to honoring the battleship, but having kept her in commission all these years is honor enough, even more honorable, than naming a new boat after her.

That was my impression, too.

The Arizona was stricken from the roll. That does not change her signficance.

Pelosi suggested the USS Avanetti. But then forgot she did when asked for confirmation. Seems she still thought he was President.

As much as any other modern day ship sans sails.

First thing Subs are boats not ships. Ships only go under once.

Sail when used as a verb can describe any craft. It is used frequently in the Navy.