As you sit down for your holiday meal, take a moment to remember all that you should be thankful for. 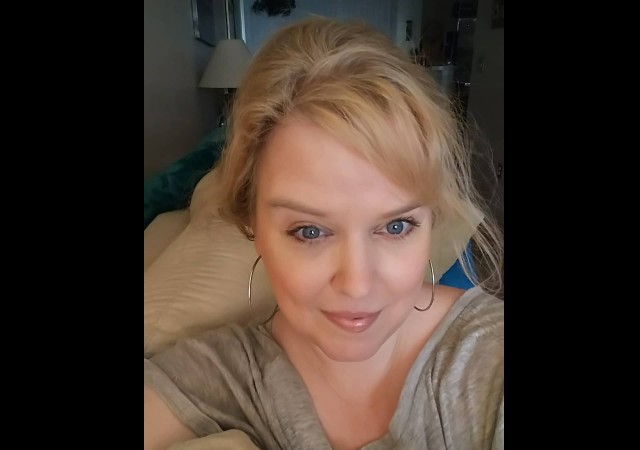 In the spirit of Christmas and the joyful traditions that come with it, I’m going to veer in a non–political direction with some thoughts on what I’m thankful for this holiday season.

Opportunities: At the beginning of 2019 and about a week before my birthday, I was laid off from an administrative job after nearly 18 years with the same place.

After taking 24 hours to process it, I decided to take a chance I’d been too afraid to before: It was time to try and finally fulfill my longtime dream of being my own boss by way of writing as a way to make a living.

I began to put out feelers on social media, inquiring about possible opportunities, praying I’d get results. Not long after that, I had three writing gigs, one of which was here at Legal Insurrection. Here we are almost a year later and I’m still writing, finally living my dream.

I am immensely grateful for the opportunities given to me on the writing front this year and for all those who have supported me throughout the journey.

There was the time last month when a local car mechanic fixed a minor car problem I was having for free and in the midst of a very busy day at his shop. “No big deal,” he told me as I thanked him profusely, making a mental note to write a nice letter to his corporate office.

There was also the time a few months ago when a college-age guy working at the car wash let me run my car through the second time around at no charge. He must have felt sympathy for me after I told him it had been a long, long time since I’d given my trusty, dusty vehicle a nice, thorough cleaning.

Then there was a man who I met just last week who worked for a line locator company. Coincidentally, he happened to be in my neighborhood at the same time I had questions about a telecommunications utility box that was near my house. “There are some wires protruding out of that box,” I explained to him. “The whole thing looks dangerous.”

He listened patiently even though his assignment wasn’t to look into my concerns. But he did anyway, fixing the box in 10 seconds after I showed him where it was, telling me it was safe, no fire/electrical hazards. He put my mind at ease with that one simple gesture.

Friends and family: With being your own boss comes the responsibility of being better at time management, staying focused, and keeping on task – in the midst of juggling your other responsibilities. In my case, in addition to being a full–time freelance writer, I’m also a part–time caregiver to my parents, who are senior citizens. About 10 days out of the month, I stay with them, helping out with whatever needs to be.

They, along with the rest of my family and friends, have stuck with me through all my ups and downs this year, including each time I worry out loud that “I’ll never get this piece done on time!” Mom will calmly tell me “You’ve got this.” And like most moms, she’s right.

As you sit down for your holiday meal, take a moment to remember all that you should be thankful for. It is in those moments you’ll understand that most of the trivial problems we experience each day, the “outrages” we’re supposed to join in on really don’t matter much at all in the grand scheme of things.

Congratulation on going freelance, I think you are in good company here at LI.

Many things for my family to be thankful for this year. Our health, the fact that coyotes were thwarted from eating our chickens, and our son’s rapid advancement from newbie to supervisor (he is now financially stable and is making more than I ever did in my career).

We would ask that those who so desire can pray for my wife’s father (recently pronounced terminal w/cancer) and for a friend I have known from my college days who, after surviving cancer, has outlived her entire family, is destitute and suffering from other very expensive health problems. Yes, we are helping, but she is desperately overwhelmed by a lifetime of tragedy. We ask that God minimize their physical and mental pain.

I have added your father-in-law and family, as well as your friend to my prayer list.

Thank you so much, and happy new year!

Cancer is a most terrible disease. I pray God will bless your family and your friend with miracles in their lives!!

Thanks for the “good report”. 😉 And bless you for taking care of your parents. That can be so bittersweet – being up close and personal with your first heroes when they’re beginning to fade. I enjoyed 4 years with my dad – living with him. And at the very end, the Father gave me that one of a kind unique “goodbye” that was so like my Dad – the perfect finish to his life story. You know, I never looked at it like sowing the seeds of peace and a clear conscience. But that’s what it was and unlike my sibs who disappeared when Dad began to fail, I have no regrets, just treasured memories.

About people and asking for help I read a short story not long ago that hit me between the eyes. An old timer in the neighborhood began to get irritated with a new neighbor who parked his eye-sore of a truck across the street. He began praying about it, asking God to prompt the man to move his truck. After praying many months, the man got angry with God who replied “you have not, because you ask not”. The man snapped at God saying “what do you mean? I’ve asked you every day for the last 3 months!” God said “but you haven’t asked your neighbor.” So the man gathered his courage, went to his neighbors house, introduced himself and asked. With profound apologies, the neighbor moved his truck. You know, I NEVER looked at that scripture as an admonishment to share our needs with each other, only God. Makes me kind of ashamed – that He’d have to tell me something so basic as to communicate my needs with the neighbors. Most of the time, people are good to help out that way.

I am very thankful for another year with my wife. 40 years together this year. I praise God for keeping us together all these years, and blessing us with another year of good health. I’m thankful for all the prayers given by our friends and family. Without those prayers and God’s mercy I don’t know how 2019 might have ended. I pray everyone has a great and blessed 2020.

And may God bless us in November 2020 with a President Trump reelection!!!!!!

On a not so personal note, I’m really thankful G-d gave us Trump.

congratulations on going out on your own–have been in this business since 1989–will be in it for a few more years yet–spent the first 25 or so making tons of money for other people and then my lady(after a particularly stressful year) said to me ” haven’t you spent enough time making money for other people? what about you? what about us? ” and shortly afterward we opened our own store and never looked back–challenging? yes–rewarding? yes–liberating? unbelievably so–all those imagined obstacles just disappeared–after years and years of sowing had almost forgotten how to reap–and, as knew would happen, we were left to ask ourselves ” why in the hell did we wait so long? ”

regards your parents, believe that few experiences in all this life are as profound as a loving goodbye to a father or mother–a privelege and a gift to each of you

Yes! A good New Year’s resolution is to practice gratitude to God for all of the blessings he has given to us.

I think Dennis Prager does a mostly good job of discussing this in his book, “Happiness is a Serious Problem”. As a Christian, I disagree with the chapter, “Accept the Lower Parts of Your Nature” (“thoughts” rather than “actions”). Christians should “take every thought captive to the obedience of Messiah”. But Prager is exactly right when he says that the thing most essential to happiness is gratitude.

For a complainer like me, gratitude does not come easily, but I have taken it on as a project.

For everything which goes wrong, there are billions of things which are going right which we take for granted.