In wake of Trump executive order, LA City Council declares it is ‘Welcoming City’ for refugees

In wake of Trump executive order, LA City Council declares it is ‘Welcoming City’ for refugees 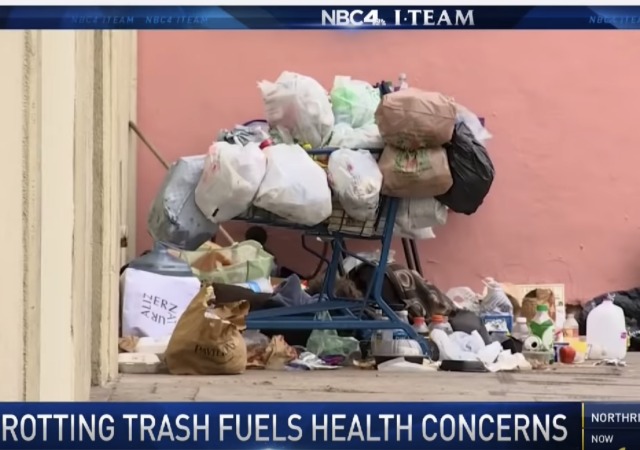 This fall, the Trump administration gave state and local authorities the power to reject refugees from being resettled in their communities, as well as further reducing the number of refugees allowed in the country.

The limit represents the lowest number of refugees seeking protection from violence or political persecution allowed into the country since the modern refugee program was established in 1980.

The new cap, which marks the third time the Trump administration has dwindled the refugee limit, would also be a more than 80% decline compared with the last year of the Obama administration, when the U.S. allowed up to 110,000 refugees who were fleeing war, persecution and poverty to resettle in America.

Trump officials also announced that this year cities and states will have to provide written consent before accepting foreigners fleeing persecution, allowing localities to opt out of accepting refugees.

Several cities and states are now clamoring for refugees.

Several mayors and governors have come forward in recent days to affirmatively declare their support for receiving refugees. In Utah, Gov. Gary Herbert, a Republican, wrote Trump a letter asking the president to “allow us to accept more international refugees in Utah.” About 1,000 refugees are resettled to the state annually.

“Unfortunately, that number has dropped for the past two years and is on track to decrease more this year,” he wrote. “We know the need has not decreased and are eager to see the number of admittances rise again.”

However, most of these entities are not dealing with Medieval diseases and an exploding homeless population. Despite the current public health crisis plaguing the area, the Los Angeles City Council adopted a resolution Friday that declares the city a welcome place for refugees.

Councilmen Bob Blumenfield and Mitch O’Farrell led a presentation before the council voted at the Van Nuys City Hall.

“Today is a historic day for the city, for people who have made this their new home,” Blumenfield said. “They seek admittance to a safer city where they can rebuild their lives.”

…O’Farrell said he would like the city to send a memo to the Trump administration that states refugees and immigrants help the nation and that they become “exceptional Americans” once they become assimilated.

“Many years ago, all Americans, unless they were Native Americans, were refugees or immigrants to this country,” O’Farrell said. “It’s ironic and very sad that the descendants of many of those refugees … are now supporting this criminal in the White House trying to prevent other refugees from enjoying the same benefit that their ancestors benefited from.”

Councilman Paul Koretz said as the world’s refugee population continues to grow, the policies in place are making it more difficult to resettle them in the U.S.

It is a good thing virtue-signalling isn’t toxic, as the City Council has released enough to be seen from space.

Instead of worrying about refugees, the City Council should be focused on doing more to solve the homeless crisis for the people who are legally living in the state. However, that would entail actual work and hard decisions.

For those refugees who settle here, they will probably end up longing for the third world conditions from which they fled. Welcome to the homeless camps, rats, and infectious disease.

“They seek admittance to a safer city where they can rebuild their lives.” [also, freely crap in the streets]

It like much of the sate is an environmental disaster brought to you by FAILED liberal policies.

This is all about looting public money, fascist power and utter corruption.

what can i say? we’re a special kind of stupid here in #Failifornia, and more so here in Lost Angels…

but don’t look at me, i voted against all this idiocy, but my neighbors are stupid. 🙁

The Old Third World is assimilating into the New Third World. Disease, garbage, tenements, and socialist dictatorial government… making the newly arrived future Democrat voters feel like they are back at home but with better handouts.

If these City Council members had any integrity, they would each invite several refugees to move into their homes.

if they had any integrity, they wouldn’t be politicians.

I don’t think I’ve ever heard a Dem differentiate between legitimate, legally entering “refugees seeking protection from violence or political persecution” and your garden variety illegal border crosser … 110,000 such refugees allowed entry by law, whereas CBP on our Southwest Border apprehended 977,509 illegals in FY19 per https://www.cbp.gov/newsroom/stats/sw-border-migration or about double each of the 4 years prior.

I do get tired of Dems arguing to the lesser number (110K) while a million sneak in through the border. Who knows how many actually evaded CBP and are already in country. Do the Dems intend for us to believe that their love and compassion for genuine refugees are one and the same as the people living in abject squalor on the streets of LA? That their compassionate humanitarianism ends when they’ve entered the door?

I wonder how the Dems ignorant virtue-signaling generosity might change IF for every refugee and illegal entering the country, they had to come up with an individual plan for education (ESL), employment, housing, healthcare, etc. and map that plan to a fixed budget for same. Would they acknowledge that a budget for 110,000 people can NOT be made to accommodate 1,000,000 people?

Martial law can only exist where the civilian courts are unable to function. So long as there is a civilian court open for business, any proclamation of martial law is unconstitutional and invalid, and will rightly be slapped down so quickly you’ll hear a sonic boom.

It Martial law is invoked, there is no law but the law stated by the military rulers.

Who would slap it down, Justice Obamacare Roberts?

I should find some bums and pay their bus tickets to LA.

Happy feces to you,
Hap- E. coli to you,
Happy Strep, Staph and Typhus,
Happy leg amputation to you!

Headline: “City Council of LA S**thole Demands To Get Even S**tier.”

The big story is “why” the Los Angeles city elected government is allowing this to happen.

Well, once again: follow the money. As it turns out, LA gets federal money based on certaint criteria it does or does not meet. If street bums, wandering schizophrenics and drug addicts are arrested ‘too much’, LA loses federal dollars.

Los Angeles city council has an almost comical history of voting in unison: not even NYC’s council is this arrogant in its corruption. In other words, the ‘voting’ of the city council is a sham, pre-ddecided in their back rooms, where graft is distributed, mostly by real estate developers.

Find it hard to believe? Why do you think the corrupt idiot of a mayor (Eric Garcetti) dropped out of the presidental race? The FBI was onto his graft. But he got the ‘hillary clinton’ treatment:
https://www.citywatchla.com/index.php/2016-01-01-13-17-00/los-angeles/18144-helping-the-fbi-peel-garcetti-s-corrupt-onion

Now, the federal money to finance street bums, wandering schizophrenics and drug addicts is flowing into LA like water. Each bum gets 800 dollars per month as an allowance. In addition, they get food stamps, in addition to free medical care and clothing. This equates to millions of millions of dollars: the more bums that flow into the city, the more millions in federal funds flow in. By the time the city is trashed, the city councilmen are long gone with their riches. Kind of like (or exactly like) democrat chris dodd (of dodd-frank infamy) who passed the onerous dodd-frank scam, then took his payoff money and absconded to Ireland:
https://www.irishcentral.com/news/more-controversy-as-sen-chris-dodds-new-appraisal-of-irish-cottage-is-released-47996666-237646751

This is about as outrageous as obama flying billions in cash to Iran. (Hey, obama just bought a 26 acre estate in Martha’s Vineyard. How’d he pay for that? By getting a 65 million dollar book advance? (Yeah, yeah – he’ll ‘sell’ 65 million dollars in books.)
https://www.publishersweekly.com/pw/by-topic/industry-news/book-deals/article/72949-the-obamas-book-deals-spark-65-million-mystery.html

After 8 years of clinton and 8 years of obama, and 16 years of the feckless rino Bushes, EVERY INSTIUTION OF OUR FEDERAL GOVERMENT IS COMPLETELY CORRUPT.

Now, you have California run by a supermajority of corrupt narcissitic democrats, who have looted the place dry: it runs despite itself, but is going descending into hell, witness san francisco, and now los angeles.

“Humanitarians” my ass: this is the biggest scam going since barack hussein obama”, or whoever the hell he really is.

Read the other day the deblasio was putting his homeless on a bus and sending them to N.C. but he will turn around and say”send us your tired, your poor”

1. Los Angeles is already home to more Mexican nationals than any other cities, with the exception of Mexico City.
2. Considering the squalor that Los Angeles has become, it’s safer and healthier to go back to Tijuana.